5 Innovative food companies you should know about

Now that the Future of Food & Beverages Crowdstorm is off to a great start, we are excited to present the first blogpost in a series of 3 that will explore the trends, characters, materials, settings, and methods that shape our way of consuming and purchasing food.

To kick off the series, we are going to dissect the food marketplaces around the globe to highlight five innovative food companies and projects, including an app for food exchange, a biodegradable product, edible cutleries, a pop-up installation, and a web-based platform for community building. Selecting only five was a hard job, as the food-related startup world has never been more prolific than today. One thing is for sure: quality is high, inspiration is everywhere, and opportunities are endless.

5 Innovative Food Companies You Should Know About

The CowGum is a creative marketing strategy to draw attention to the opening of Slagerij de Hamvraag, a temporary conceptual butchery in Den Bosch, the Netherlands, launched by a team of multidisciplinary professionals that focus on improving the food system. The butchery doesn’t sell meat but includes questions about meat in their offering to raise awareness about the excessive consumption of meat, which negatively impacts not only the animals but also the environment and humans.

The CowGum, specially produced as a limited edition line of about 200, is a chewing gum with meat flavors, but without any animal ingredients. Unfortunately not for sale, the CowGum seems to make Willy Wonka’s dream of flavored chewing gums come true.

Why you should follow it: This concept is a symbolic way to address meat production issues in a clever and creative way. Whilst only being a temporary concept, this pop-up sets the ground for a democratic discussion about the issue. 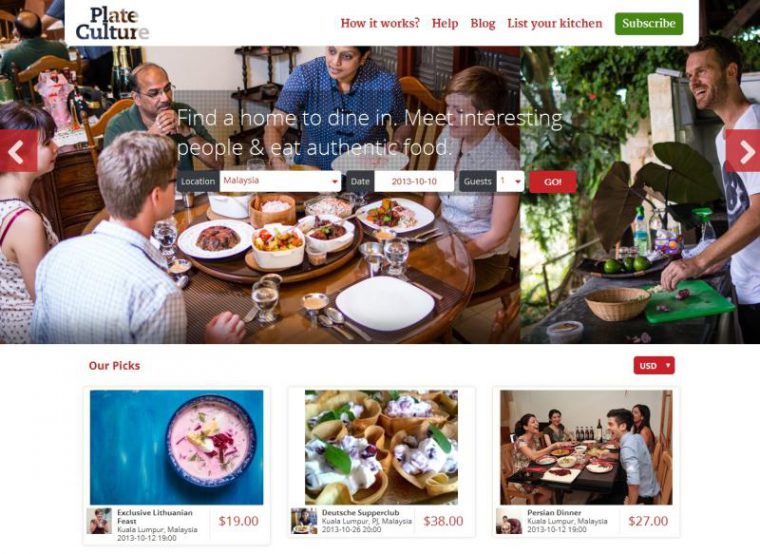 PlateCulture is a web-based platform that connects people who love cooking and hosting dinners with others who enjoy eating authentic home-cooked meals. Founded in 2013, the idea came about when founder Reda Stare spent a year travelling through Southeast Asia and India. In Kerala, where she had been invited to a traditional dinner, she had the chance to witness the South Indian culture from the inside out for the first time. Longing to provide similarly unique experiences to more people, she decided to create PlateCulture. Ever since its establishment, the community has grown from one country to 25, becoming very popular in Asia.

Why you should follow it: PlateCulture starts from understanding and sharing culture and has the potential to become “the AirBnB of food”, though it is in need of an improved interface. 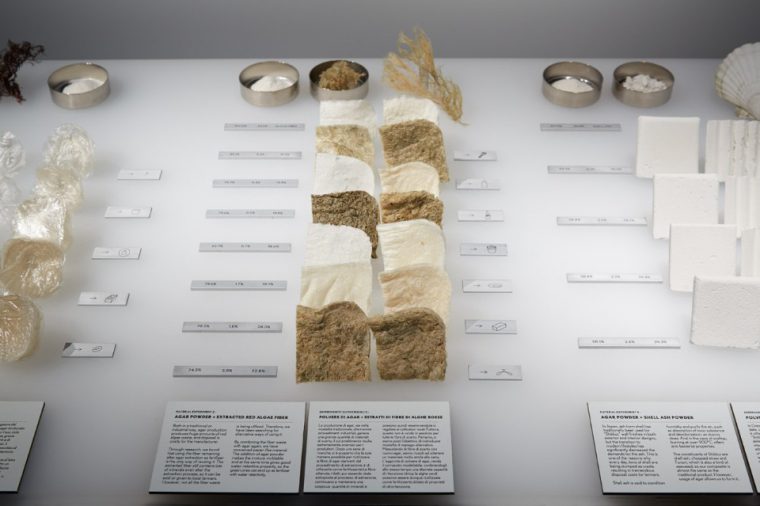 The winner of this year’s LEXUS Design Award, the AMAM Design Group, explores marine algae as an environmentally friendly alternative to plastic for packaging materials.

The team researched seaweed-derived agar, which is traditionally consumed as food in Japan, and used worldwide in scientific and medical applications, to use as packaging material. Agar is extracted by first boiling red algae and then dehydrating the mixture, which can then be frozen or compressed depending on the desired results.

After being used, agar products can be disposed of in an environmentally friendly way. It can serve to improve the water retention property of soil, and, should it reach oceans, it would not harm marine life.

Why you should follow it: It is a bold and ambitious project which aims to address one of the biggest pollution problems of our time: plastic waste. It also calls for multidisciplinary contributions from international researchers and professionals. 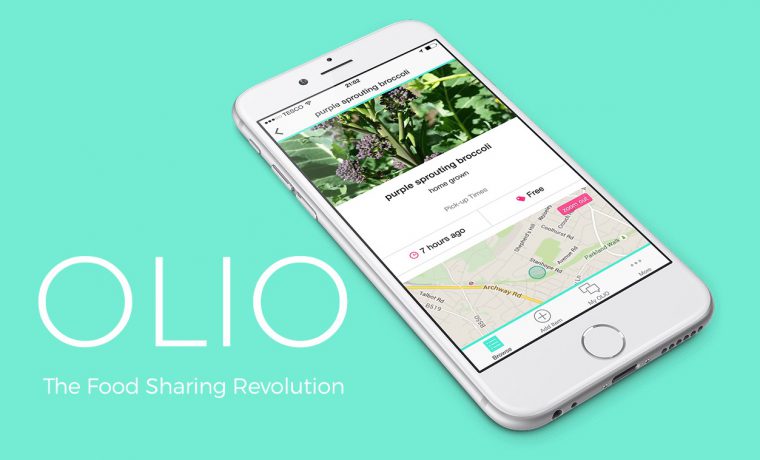 OLIO is a free app which connects neighbours with each other and with local food businesses so surplus food can be shared and not thrown away. To make food available, one just needs to open the app, add a photo, description, price (if applicable), and when and where the item is available for pick-up.

The concept originated – as often is the case – out of founder Tessa Cook’s needs. On her moving day back to the UK, she found herself with some perfectly good food that she didn’t want to throw away. Unable to find somebody who could be interested, she wondered why there couldn’t be an app to exchange or sell it on. Despite being advised by many to abandon the idea, when she talked to friend Saasha Celestial-One, Saasha loved it and decided to pursue this adventure with Tessa. For now, food can only be added in the UK and Ireland, but the app is rapidly launching internationally.

Why you should follow it: This super easy app addressing the major issue of food waste by having a community approach to technology, is becoming very popular and starting a food revolution that builds on a more sustainable food future.

Eat Your Spoon by Bakeys

The future of eco-friendly utensils company Bakeys recently managed to successfully fund a Kickstarter campaign for their product line “Eat your Spoon”, the future of eco-friendly utensils. Raising $278,874, getting well over 10x the funding goal of $20,000  4.17 million spoons to be produced!), demonstrating an extensive interest and enthusiasm for the groundbreaking product line.

With the mission of starting a cutlery revolution aimed at combating both plastic and compostable cutlery waste, Bakeys is launching the world’s first edible cutlery line made of three flours: rice, wheat, and sorghum. The line is fully vegan, preservative free, trans fat free, dairy free, and fair trade.

Why you should follow it: It is not only an intelligent concept but is also maintaining its responsibility towards the environment.

There you have it. We hope it will get your creative juices flowing for the Future of Food Crowdstorm that is open for submissions until the 22nd of June.