Here at jovoto we have a large pool of professional creatives that is growing each and every day. In this new series of blog posts we want to highlight some of the great talent in our community and show the fantastic work that they are producing. As well as giving you some insider tip from the best on how to succeed on jovoto.

Epure Lazar Mihail is a 28-year old designer from Romania. He has been an active jovoto creative for 4 months and in that time he has created winning ideas in Crowdstorms for Greenpeace, Audi, Deutsche Bank and more…. earning him a cool €19,300. 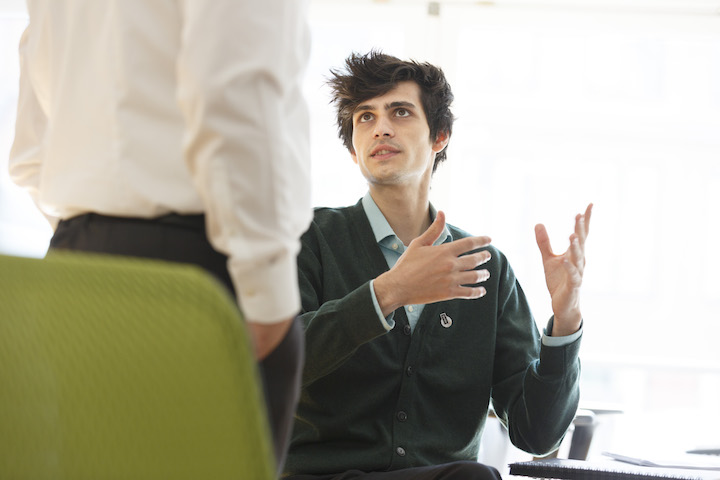 Mihail explaining his ideas to Deutsche Bank during a 3 day workshop. Image by Dirk Michael Deckbar

You may be surprised to know that Mihail doesn’t have a university degree (yet!). Mihail paused his university education to stretch his wings as a freelance creative instead.  Before joining jovoto he also had no real experience working with major brands. Now he does this on a daily basis.

Mihail grew up in Ploiesti, Romania, and after high school decided to take the traditional root, starting with university in Bucharest. “I desired a career in architecture since I was around 12.” he said, “It was clear to me that I was searching for a work field in which creativity plays a big part. I decided to apply to the arts high school and got accepted in the architecture class. After high school the next step was the UAUIM university in Bucharest.” But while at university Mihail discovered jovoto through a friend and saw an opportunity to get started with his creative career right away. He quickly got to work and submitted his first idea to the jovoto Crowdstorm for Greenpeace,  “Stop TTIP”.  (TTIP is a trade agreement between USA and EU that has been negotiated behind closed doors and out of sight of the people it will affect the most. Greenpeace joined forces with jovoto to find communication ideas for their Stop TTIP campaign). 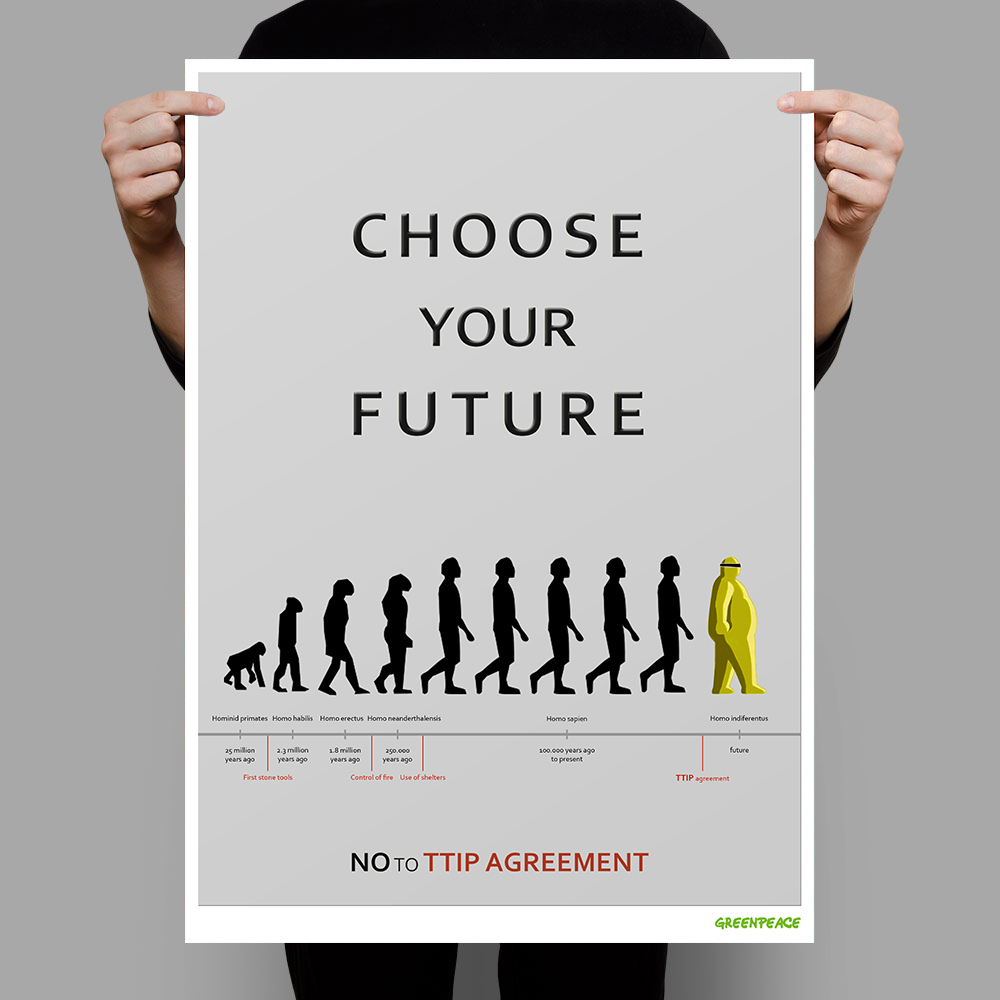 The first idea Mihail submitted on jovoto – in the Greenpeace Stop TTIP Crowdstorm.

When asked about submitting that first idea, Mihail said “I felt curious to see what happens, whether other creatives will like it, and what feedback I will receive from them. After posting my first idea and getting some feedback from the community I quickly understood it wasn’t good enough and I started to search for more ideas. Over time I started to become more successful”. 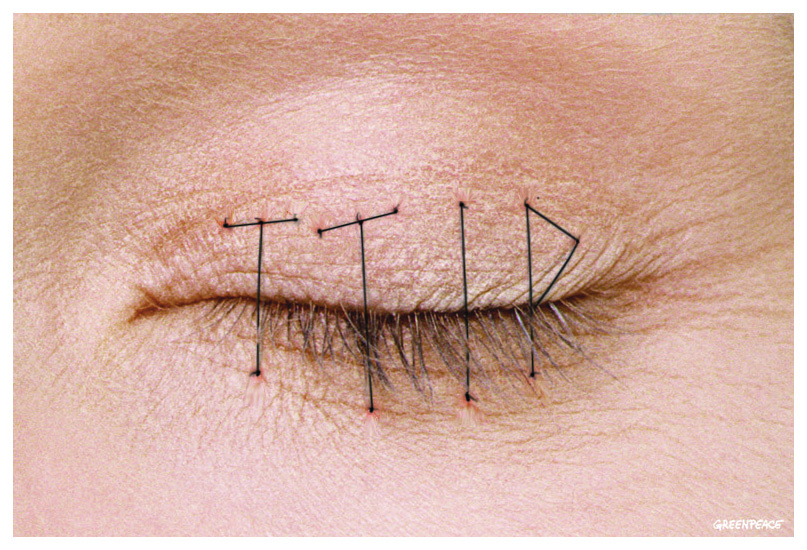 MIhail’s and Voinealex winning submission in the Greenpeace Crowdstorm against TTIP that won them €2 300.

After submitting  a few more ideas, Mihail started winning prizes, and before he knew it it was 4 months later and he’d won €19,300! When asked about the impact the money has had on his life, Mihail said “Stress is the biggest enemy of creativity. Having the chance of earning big prizes has given me a general sense of security. Now I concentrate on working on projects that I’m most interested in and hope I will continue to earn more in the future.” 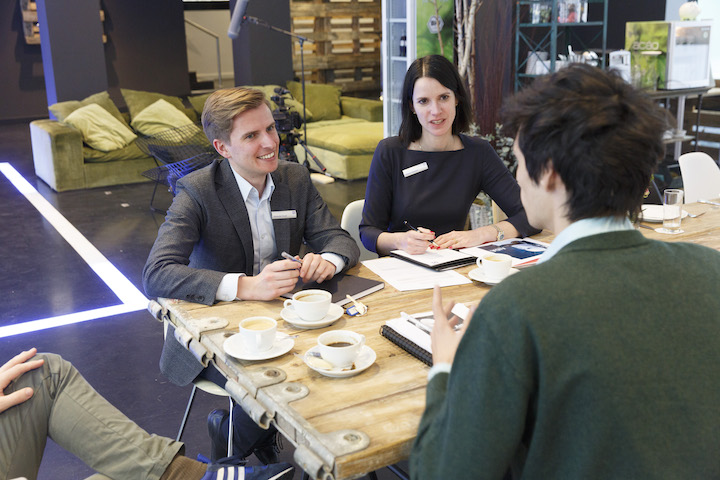 Mihail was one of 6 jovoto Creatives that got invited to a 3-day workshop at the Deutsche Bank Innovation Lab in Berlin after participating in a Crowdstorm with them. Image by Dirk Michael Deckbar

“In Romania Creative industries are growing more and more but the ratio between supply and demand in the architecture world pushes many young graduates to search for opportunities in other creative industries like interior design, product design or marketing.” – said Mihail when asked about  career opportunities for creatives in Romania. Because of this, he was thrilled to come across jovoto – where he can show his creativity and make money in a flexible way. “Working on jovoto Crowdstorms gives me the freedom I need in my everyday life. I make my own schedule and I choose the projects I want to work on.” said Mihail, “This sense of freedom is the biggest difference between working on jovoto and a traditional job”

A video from the first Crowdstorm with Deutsche Bank where Mihail won the Jury Grand Prix Prize of €11 000 with his idea.

“Crowdstorming is about people working together to solve problems, thereby unleashing creativity. The problems range from product design to graphics, finance to architecture. True magic can happen when creatives from all over the world work collaboratively to reach a common goal.” – Mihail on Crowdstorming. Mihail has been able to launch his creative career purely by taking part in Crowdstorms on jovoto and is a valuable member of the global community.

So, how does it work?

You’ve heard of brainstorming before, Crowdstorming is just like brainstorming but at internet scale. It’s the unique process where product designers, illustrators, service designers, architects and innovators from across the globe connect, collaborate and solve challenges for top global brands together.

A Crowdstorm usually runs for a month and during that time, creatives from different fields submit ideas as answers to a client’s challenge described in the brief. The creatives with the best ideas, decided both by the community, and the client or jury, get awarded for them, anything from €200 to €10,000. In a crowdstorm, you can also be rewarded for giving great feedback to other creatives, by collaborating with others, or even just for submitting one of your first ideas. You can read about all of the different types of awards here.

There are three types of Crowdstorms:

Crowdstorms open for any jovoto creative – Any creative who signs up on the platform can participate and submit ideas.

Crowdstorms for jovoto Pro’s only – open only to jovoto creatives that have been awarded “Pro” status – learn how to  become a jovoto Pro here.

Crowdstorms for invited creatives only – open only to selected creatives to work on exclusive projects with fixed payment.

We asked Mihail to think back to when he joined jovoto and list his top tips for others new to the platform:

jovoto is an open innovation platform. Anyone can participate, get involved in projects, work with global brands, and earn fair cash prizes. Do you want to follow in Mihail’s footsteps? – Join jovoto today to get access to our professional community of creatives worldwide.