Michael Mellinghoff is a seasoned investment professional with over 15 years of experience, spanning both the traditional banking and fintech startup world. He is a Senior Advisor and Mentor at FinTech Forum and the Managing Director of TechFluence – a research, advisory and corporate development boutique on a mission to create the financial services of the future.

Michael is also one of the jury members  for the Artificially Enhanced Banking Crowdstorm, so we wanted to get a bit of an insight to his experiences and knowledge… 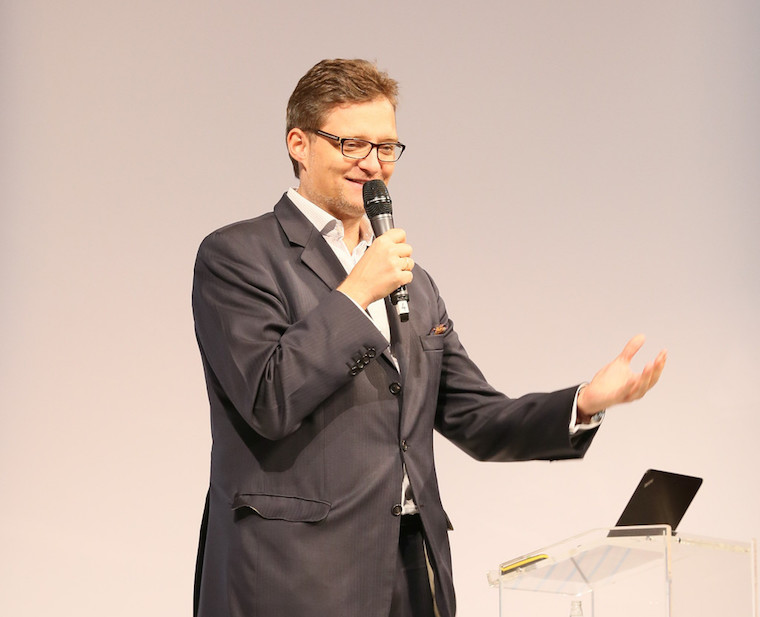 You have quite a career history behind you, which, as it happens, started Deutsche Bank. What have been the highlights or key “forks in the road” decisions along the way, from your first role to where you are now?

Indeed I started my career with a two year training apprenticeship at Deutsche Bank in Frankfurt, where I had the chance to spend some time in the trading department which meant daily stints at the Frankfurt Stock Exchange. This was the time when trading hours lasted only from 11.30 to 13.30, and there was still an open outcry system. Technology – in the form of computers – was already widely in use then at FSE. Shortly after I ended my time there, thanks to technology, trading hours were extended widely – tech started to replace traders at the FSE. In hindsight, this actually was a very important experience as it taught me the power and speed of technology.

In terms of forks: There were many, but the most important one was probably when, in 2010 after more than 10 years in banking, I noticed that I could not move things forward anymore. I felt traditional financial institutions like the one I was at had become very inward looking with internal politics and dynamics becoming too dominant and little room for risk taking and innovation.

After experiencing this, I left the bank to join one of the early German FinTech startups called sharewise; a community providing stock recommendations for private investors. This experience was great and very important, although at the beginning  it was hard to be confronted with the habits that I had picked up over time in the corporate world and which I had to get rid of quickly in the startup environment. This was the biggest fork, I can think of. All the steps afterwards developed naturally. 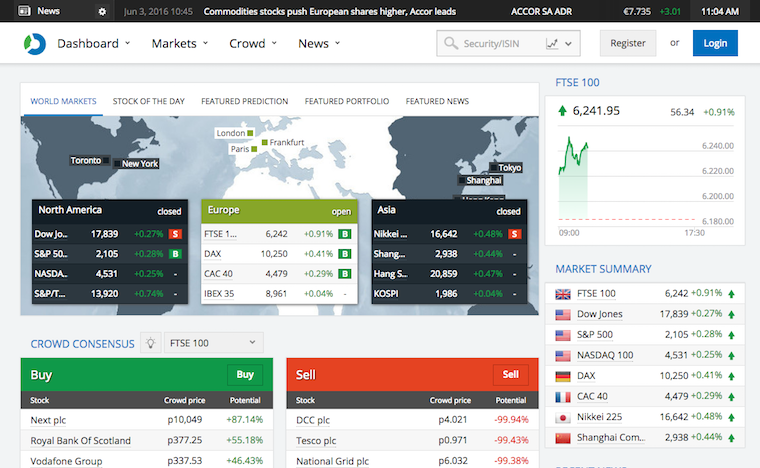 Can you tell us a bit about the FinTech Forum founders and where the idea for it came from?
FinTech Forum is an initiative co-founded by Frank Schwab (former strategy & innovation manager at Deutsche Bank, and later CEO of Fidor TecS) and Samarth Shekhar (former Business Development for Financial Services at Capgemini and HCL / DSL – a Deutsche Bank JV). Both had relevant contacts in the digital finance startup scene as well as the venture capital scene, which – as is often the case – spotted the FinTech trend very early. Back in 2013 there were no FinTech startup events outside of the UK and US, and organising a one day networking platform in Germany seemed like a step in the right direction to bridge the gap.

For practical reasons the event took place in the Airport Club in Frankfurt and due to its success, seven such FinTech Forums have taken place since then – plus our “On Tour” editions in Vienna, London and Berlin. I pitched sharewise at that first edition and met the two co-founders. After exiting the startup a year later, they asked me to support them as a mentor and shortly thereafter I decided to join one of the companies behind FinTech Forum – TechFluence – and extend its scope of business to the UK. 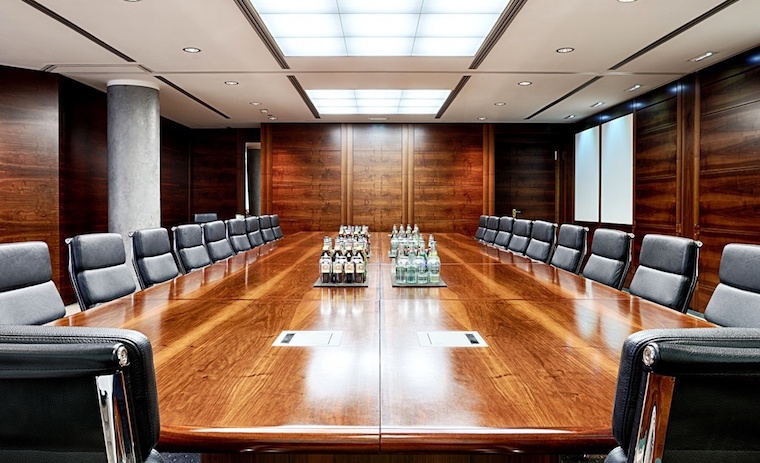 You have a lot of experience as an advisor and mentor – both at the FinTech Forum and a number of other FinTech accelerators – what’s the most common piece of advice you find yourself giving?
This is a tricky question as all the startups and entrepreneurs are very individual and all advice needs to be tailored – to the founder, the business model of the startup, the situation etc.

Nevertheless the question I asked founders very often is whether they really want to have a strategic shareholder, for example a bank, involved in an early funding round. While this may feel “safe” especially to founders that come from the corporate world, I think long-term this might be a very risky strategy and it is better for founders to be aware of the long-terms consequences.

TechFluence focuses on creating financial services for the future, what do you see these being?
One can be always right in hindsight, but back in 2012 all we knew was that financial institutions’ efforts to “go digital” on their own would only work to a certain point. TechFluence was the result of the interactions with and research on startups that were re-thinking finance without the associated legacy issues. We believed firmly in the startups and external innovators rather than the banks’ internal innovation labs or initiatives (bound to be constrained by the risk of cannibalising existing businesses or the associated vendor risks) and with TechFluence we want to do something about it!

Based on what we have seen since then, we envision the financial services of the future will be shaped by startups and forward-thinking players – across financial services, tech, telecom, retail etc. The winners will be those who “get disruption”, understand their strengths but can also make the right partnerships, investments and acquisitions with new players even when it might mean (partly) cannibalising existing business.

Financial services will experience the ups and downs typical of any industry going through disruptions, but for sure those who survive will certainly not be the ones who are complacent, do nothing and take no risks. Digital and the current environment force especially banks to change from risk avoiding to risk taking strategies.

Given the FinTech sector’s roots in providing financial services to those with little or no access to banking following the credit crunch, we also foresee a competition and consolidation between startups and financial services providers (not necessarily “financial institutions” in the classical sense) that may come from Asia and Africa, not just the developed world. 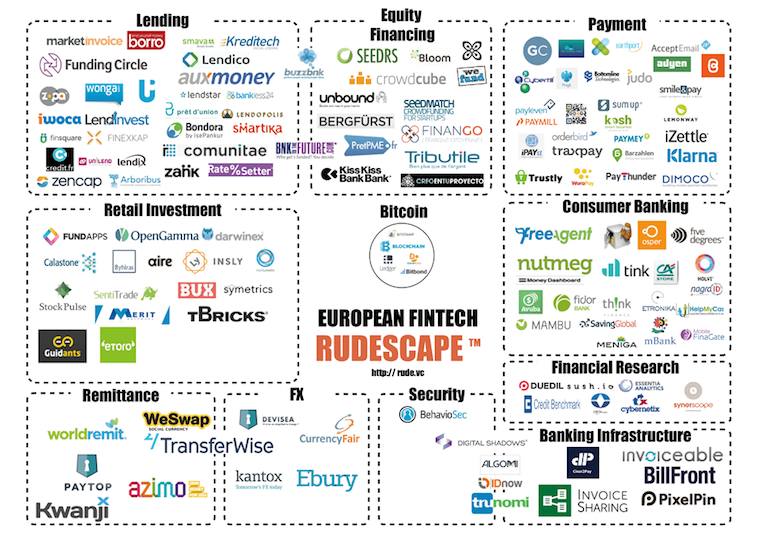 What do you think the greatest hindrances to the growth of the financial service industry are?
I do not see hindrances for growth. Financial services will grow, just with (a lot) lower profit margins than in the past. When FinTech startups with digital DNA are able to undercut prices of incumbents significantly the available profit pool shrinks significantly. But this opens also new market opportunities in client segments that so far have been not tapped or in new market segments that have emerged, for example the clients in the so called “advice gap”.

What’s your favourite AI application / product and you have used / use regularly?
I do not want to reveal this now….. it’s a trade secret!

What are you going to be looking out for in the Crowdstorm submissions?
Potential candidates for business model disruption, who are ahead of the curve and have a business model which is not easy to copy.

And to round of the interview: who was your favorite teacher or professor, and why?
There are two I would like to mention, but both have nothing to do with digital or FinTech:

I thought the now deceased professor of Economic Theory of University of Bayreuth, Dr. Peter Oberender got it very right, very often. And professor Dr. mult. Paul Kirchhof, who gave guest lectures in Bayreuth, is the only person I am aware of who is able to explain the most complex tax theory and the jungle of German tax law in very simple and understandable words – as a professor and as a former judge at the German constitutional court! 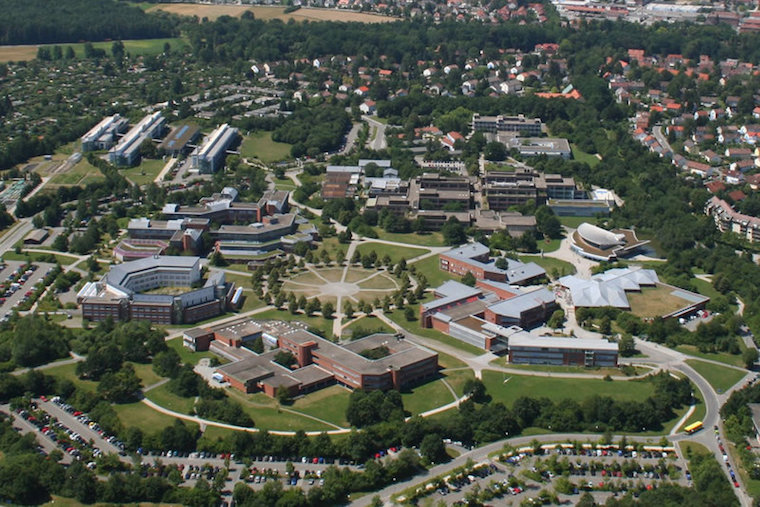