Deutsche Bank recognised a need to open up and accelerate their innovation process and joined forces with jovoto to do just that. The first Crowdstorm with Deutsche Bank launched in December 2015 with a brief to develop forward thinking customer service experiences for Deutsche Bank’s premium customers – as digital as necessary, as human as possible. And well, the numbers speak for themselves:

The project generated professional and innovative service design solutions, which went beyond traditional banking solutions. The ideas ranged from artificial intelligence, big data, enablement advisors, community, banks as a service provider, to services for a younger target group. Although the Progressive Premium Crowdstorm finished in mid February a lot has been going on behind the scenes since then… 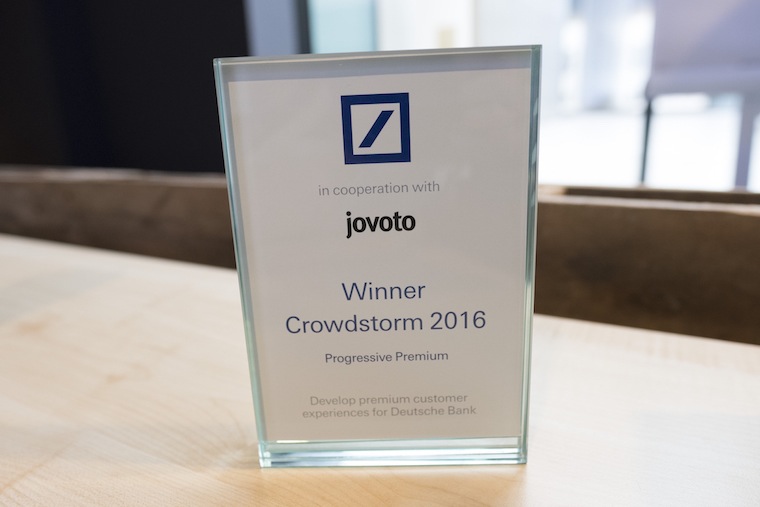 And the award goes to…

The winners selected by the jury were presented with their prizes at an Award Ceremony on 11th April 2016 at Q110, the Deutsche Bank of the Future in Berlin. The winners of the jury prizes were…(You won’t be able to view the projects unless you are a jovoto Pro) 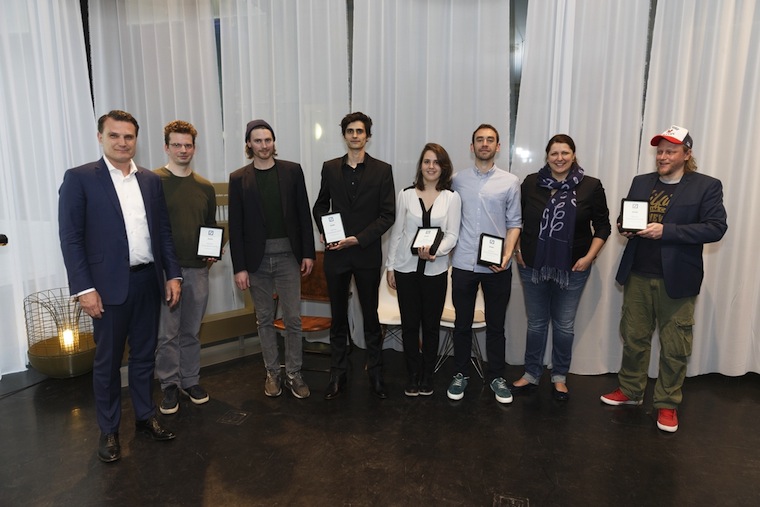 Following the award ceremony six jovoto creatives were selected  and invited to further develop their concepts, during four days of innovation workshops, together with experts from Deutsche Bank and external consultants at the Deutsche Bank innovation lab in Berlin.  The creatives were chosen based on mixture of the strength of their submitted ideas and experience of working in innovation environments.

“How would you explain your idea to a child in three sentences?”  “How can your idea be customized to perfectly suit each individual customer?  “How will your idea involve customer interactivity and have a strong “lock-in” effect?

– these were just some of the questions posed to the creatives taking part in the workshop – in preparation for the four days of innovating. 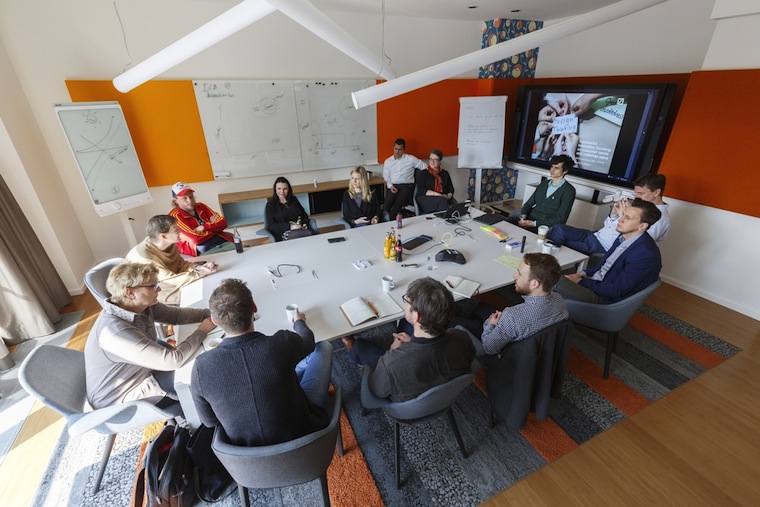 Crowdstorming The Future of Banking with Deutsche Bank

The pilot project generated a number of key themes that will be developed into additional crowdstorm topics, to be explored in the new Future of Banking think tank that we recently launched in partnership with Deutsche Bank.

“Crowdstorming is a new concept for Deutsche Bank. This exchange enables us to generate out-of-the-box ideas for our innovation process, in order to remain relevant for our customers in a constantly changing world.”

This innovation journey with Deutsche Bank continues with our second Crowdstorm – Artificially Enhanced Banking – which kicked off last week. This time around Artificial Intelligence is the focus and the role it could/should play in the future of banking and finance…