Read the BriefSee all IdeasParticipants
Read the BriefSee all IdeasParticipants
'The $300 House' Challenge
Viewing published ideas, sorted by popularity.
previousoverviewnext
sand, stay still!
A NEW ECOLOGICAL MATERIAL a sandstone made from sand and a bacteria (bacillus pasteurii) who cements sand/stone/old concrete particles together. Watch a pile of sand turn into a home!

© All rights reserved to: 11am

Whenever I see pictures like these I don't think $300.00 house. I think this is what millionaires should have to use to build their luxury toys. i think how could our cities use this waste for our next subdivision of 4000 sqft homes.

we need to find uses for the waste but not in the slums. Recycling is expensive so make those who consume & create the waste find ways to use it & live in it.

the whole concept will be explained soon enough.

Slide 8- Play Pumps - a great learning how a seemingly good and workable idea could prove un-sustainable..

thank you very much

This is fascinating. I have heard about the process for mining but never realized it could be applied to housing. I have no understanding of the process but you have made me curious. Would you say this is a new experimental application of this technology or is it developed enough to be mainstream? And how expensive. I understand the all local materials etc but is it an economical process or is it highly technical, experimental & unproven for housing?

Well the process, while still experimental, is being more and more included in studies about green buildings. We didn't find an actually house build with this process, but we would hope we would in the near future. About the price, there was given an approximate by Magnus Larsson in his study, wich said it would cost ~100 $ for the first cube meter of material (bacteria culture, sand, etc) and ~11 $ for each aditional cube meter (the bacteria culture need to be bought only once).

A very interesting concept and a great spatial design! Congratiulations!

thank you very much

you just drew what you wanted to - showing no relation to material properties or functionality. this doesn't deserve to be rated even after trajkovski looks at all the other entries.

have you even read what did we submit? if you would have done that you would have seen that we propose a new kind of concrete, one that does not need cement to bind the materials, but a bacteria. the relationship between the material and what we have proposed are the fact that we can build any form we want (just like regular concrete) but in addition the bacteria would create each time an unique web like surface due to its random development in the sand solidification process. as said on our first slide, we need to think outside the box, and give a fresh response even in, apparently, less significance architecture such as cheap/extreme dwelling, not the same old ideas (such as dirt, sand filled bags or really expensive recycled materials bricks). if you think our idea is not worth taking in consideration, maybe you should look at your own so called "project", a kind of a box with no functionality, with lot of nails in it, that you can use probably just to make a shadow onto the ground. thank you

had you done any adequate research of your material choice, the final form of your house would have been different. would you bet your life, or even $300 that your building design would not instantly collapse? all you did was stumble upon the name of someone else's imperfected experiments, and use it as a lame excuse to show a sloppy project with no thought or research put into construction method. this is very bad design and very bad architecture. this is poor work even in a public contest where small children can enter.

I was impressed with Magnus Larsson's original research into this bacteria at TED you may have gottent your cue from him, unfortunately it's a technology that's still in its infancy will require funding and time til it becomes feasible, but hey good application! :) http://www.ted.com/speakers/magnus_larsson.html

yes we know ... the presentation on TED was the starting point ... and we know that the technique has not been implemented and there is no example of such construction ... and probably is less likely to be feasible ... but we found it quite interesting ... a kind of manifesto to a problem of technological society.

Not sure if i missed it but how do you get that specific form and shape? Does it need shuttering or something? Very formalistic. Very original.
Not sure why you are still around 6. Ill try and push that up!

it's that form and shape because he ripped off one of the development sketches for the trusswall house by ushida-findlay architects. there was reasoning behind their form, but that is beyond this ripoff artist's comprehension.

@teigan, thank you for your cultural input, we didn't heard about that architect and project till now, but, hey, it's good to learn something new every day. @sprAwl, the material is just like normal concrete, so it can be made in any form, and made more resistent by using steel. In our proposal that organic web will apear due to randomness development of the bacteria in the hardening process (there is a slide where you can see how the sandstone has a similar design)

concrete can't be made in any form. concrete buildings have to be sectioned to allow for shrinkage and expansion. you seem to think it could be done in one piece. you know nothing about your choice of material or building in general and are doing a horrible job of pretending.

please do not try so hard .

just like everyione else , i'm trying not to laugh at you right now.

I'm sure you feel very lonely in your world ... I'm sorry!

It's not ready yet, but it shows promise.

not, is not and probably will not be in the near future ... just an idea as "the reproduction with a more or less adequate image, object of note actually present year to the senses."

I think this is the wrong market to experiment with a new building process. If anything we need to be cautious & only use proven technologies while being mindful of all the local building codes & best practices from other countries.

Get it wrong at the scale jovoto is talking about & no country will let let jovoto back in.

and still one deserves to have an open mind to any possibility.

i think this is epic....it should be worth the money for investigation to get is right, could change many lives very quickly for the better..i think its also fantastic that despite having to be emergency solution it can look cool as fook. why the hell not!...10 from me...it´d be 11 if there was such a thing...good luck sig

Thank you very much .

Reynaldo García
furnituresig
over 8 years ago

agree with this, architecture at enormous level! nice work!

Chandrima
over 8 years ago

A revolutionary idea on the floor! I just casually visited your profile, and I was stumped to see the picture of a bag on the cover page of "$300 House Challenge".. and I started going ahead in search of finding something out-of-the-box.. and I was more than overwhelmed to find that such kind of unique process also does exist to make a home! That's called real innovation! Though ur idea is still in formative process, still I liked it since it has enormous potentiality to come forward in picture in near future. All the very best! :)

MandM
over 8 years ago

you got to be kiddin' me... this is mind blowing!

Wow... I dont know if this proposal fits or not the brief, but I love it. Great stuff! 10*

Bert Schipper
over 8 years ago

Wow great. Well, as already mentioned. Out of the box. 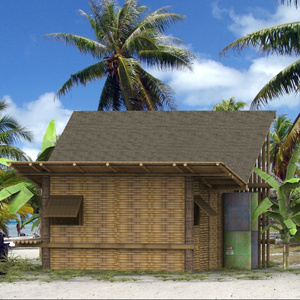 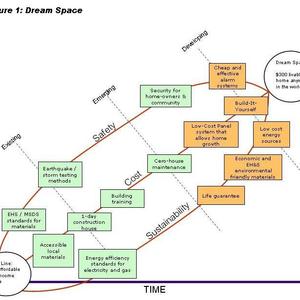 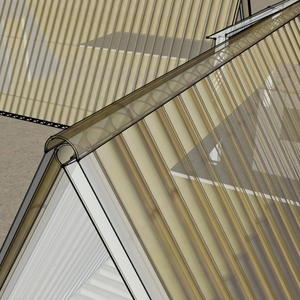 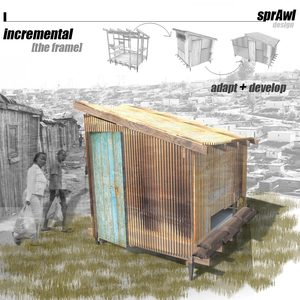