Read the BriefSee all IdeasCreatives
'The $300 House' Challenge
Viewing published ideas, sorted by popularity.
previousoverviewnext
Max Building Systems
The Max Building System empowers the poor and needy to obtain the home they need in order to live out their days in health and security with minimal financial input and results in maximum sustained impact.

The Max building system utilizes a specially formulated lightweight papercrete panel which measures 7.5ft (2.5mt) long and 1.5ft. (50cm) wide that two people can easily pick up as each panel is under 100 pounds (50 kilos.)

These panels are lifted up and slid into grooved concrete rebar enforced pillars. These panels are simply slid one on top of the other until the walls have reached the proper height of 3.3 meters.

A hole is dug for each pillar to go down one meter. When the pillar is placed it can be filled with compact soil or with a concrete footing where the soil types are needed.

In order to make the panels a special mixer (see photos) is needed that can be built in any developing country.  It is a mixer that can rip the paper with teeth as well as mixing the cement, sand and water with a release at the bottom of the mixer for the papercrete to fill up buckets and then be placed into metal panel forms.

We had a team of 5 men on making the panels and we estimate that with the 200 liter mixer at full production we can produce 200 panels in one day, this would be enough to make almost  4 houses a day!

After one to three days (depending on the amount heat and sun, as they are dried outside)  the panels are dry and released from the form. The panels can dry fast because of the special ratio of mixer in our formula and because the panels are only 5 centimeters thick.

Once the panels are dry they panels can then be lifted on edge and placed in between the grooved pillar system with about 1 cm to spare in the grooves.

Each panel also has a ridge and groove system so that the panels can  uniformly  fit into each other.

The panels have to be lifted and carried on edge because this is where the strongest tensile strength is. Panels  can be broken if lifted width wise. This characteristic however does not have a bearing on the final strength of the structure because of the coat of cement slurry that is applied later.

The process of sealing of the papercrete with a cement slurry gives it the strength of a brick wall and encapsulates it against moister and insects. A smooth coat sealant is also applied for extra protection from any moisture.

Each 2.5 meter section needs 6 and a half panels to reach the projected height of 10 ft or around 3.3 meters. So that is 13 panels per side of the house with a little less for the front of the house if we account for the door. This comes to a total of 52 panels. These panels are slid into position in only one day.

Windows are then cut out of the panels before the slurry is applied as the papercrete can be sawed like wood.  The windows would be higher then in this house for safety measures.

Because of the texture of the papercrete it is easy to apply a thin  layer of cement to the inside and outside of the walls which creates a very strong and durable structure that will stand the test of time.

Papercrete is not a new idea as it has been patatented since 1910.  But it was such a new idea at that time that many people were afraid to try it.

Today papercrete is being rediscovered as a fast, efficient and durable building material that saves money and also has the benefit of recycling paper.

The Max building System is the use of making papercrete in the panel form and then placing the panels into pillars that have grooves with the result of easy assembly.

According to my research no one has utilized papercrete panels in this fashion and then slipped them into grooved pillars.  Thus, the Max building System.

Because Max panels are lightweight it makes it ideal for areas that are prone to earthquakes such as Haiti.  It is believed that this structure will stand in an earthquake or typhoon (It has not been tested for earthquakes yet however) because the pillars are anchored into the ground and because the building can also take movement as the panels have room to move as they are only slid one on top of another with an interlock between each panel, the panels would not slide out however because of the groves in the pillars are the same width as the panels. The only thing that would probably break is the dried cement coating that can be replaced after the earthquake.

It is possible to make smaller and thinner papercrete panels or adobe panels like tiles that can sit on top of a bamboo roof trusses.

As stated in the summary we have built a house like this already at our orphanage in Cambodia for a staff couple and it is a great success!  The couple very much enjoy their new home that they helped build themselves. (Please see the photos)

With this system it is very easy to add on to the house to make it larger.  So the first house that you see is the MaxBuilding system house with additions made.

But the first house that we built ( see later photos) was a simple shed house with the 225 sqft. This is the house that I describe accept that we used a collar foundation.  The idea of placing the pillars with out a collar foundation came to me later as means to save money as I had not heard of this competition until two days ago.

Now I would like to show the budget (according to receipts, that people can see if requested) for the shed house.

For the 9 pillars as sated above it costs $35 each, this includes the rebar, the cement, sand and gravel for a total of  $315.

Then there are 52 Max panels needed for the houses. Each panel cost $6 to construct for a total of $312.

An estimated $80 for a papercrete roof tiles with bamboo trusses.( This has not been done but can be easily done)

In addition a papercrete door and three windows that are connected on a hinge. $15.

Plus a papercrete privacy wall to be built around the bathroom inside the house $10 and toilet $5.

Cement Slurry coat for the building is $60.

Total cost for Materials for Max House with out donated paper��..$797

Total cost for Materials for Max House with donated paper ����$589

The special mixer can be built for $500 which is only a one time buy.

The panel forms can also be made at a machine shop for $200 one time buy.

If we did mass production of the panel and roof tiles for sure the price would go down.

It seems to that no one including myself can get it to the price range of $300 for a whole house.

All of these numbers are for real from working on the field and building this house with the people of Cambodia.

One of the many benefits of using this system is that it is so simple and whole communities can get together and build many house with the over-site of a manager, but even after one house people have got the method down.  So the labor expense would be very minimal.  As well there is no use of heavy machinery.  From start to finish the people can build their own homes and this is a key to empowering the poor and needy. At the end of the day the communities can sit back and say "look what we built".

The community can also see that they built a solid structure that looks like a culturally accepted norm for their environment in which they live. The building is made out of recycled material but it does not look like it is made out of junk. It is a structure of which the people can take pride in and can make additions to if they have the means. ( See photos)

It is hoped that the  Max Building System has the potential to become a revolutionary idea; as thousands  of formally uneducated people could became trained and certified MAX Building Technicians through out the developing world in a short period of time.   Resulting in a whole new industry and a form of empowerment for those that need it most.

We have built a prototype already that is a great success!

The peoples investment is their sweat equity.  In my 20 plus years working with the poor and needy, to give something to someone for doing nothing makes them feel like nothing and keeps them locked into the poverty mindset.  But by working with them to build their own homes will empower them for a life time!

I hope that the Max Building System might be a possible solution to a very big need throughout the world.

Thank you to all who have put this competition on and are judging the entries.

Thank you all for your consideration of the Max Building System and good luck to all the contestants.

© All rights reserved to: Maxbuildingsystem 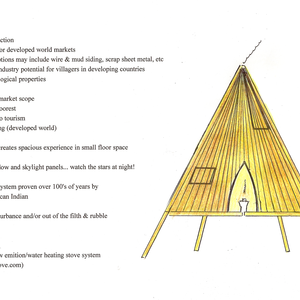 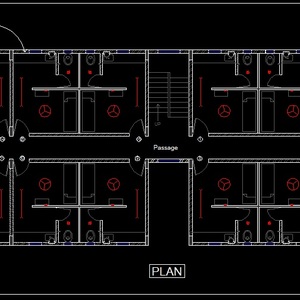 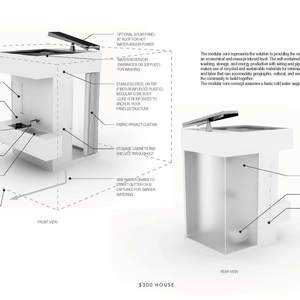 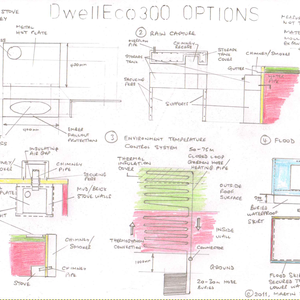