Targeted for housing large populations in shanty towns outside major cities, these Agri-homes provide desirable housing for families living in close proximity, and have similarities to townhomes found in the United States.  In targeted locales, land is at a premium, so having separate dwellings is inefficient, both in terms of land use and in energy use.  The Agri-home shown in the first figure houses eight families in this �townhome� style, each with their own external entrance and window and about 10.5 square meters of interior living space.  Because shanty town residents also have limited space to grow their own food, the roof of the Agri-homes is a garden having several troughs of soil for growing their own food.  This enables a healthier diet for the residents.  The access to this garden is using central stairways accessible by residents on both sides of the building.

The construction of the building consists of compressed earth block walls (e.g., see http://architecture.about.com/od/construction/ss/earthblock.htm  for additional information on compressed earth blocks).  They are made with local materials: clay bearing soil, sand, and lime or other minerals that have cement properties.  The compaction device for making blocks is simple and various types are available, both human powered and motorized.  These compressed earth block walls provide a strong and durable backbone structure as shown in the second figure � a top view of four individual Agri-homes with the roof removed.  The compressed earth block walls, on three sides of each individual Agri-home, are tens of centimeters in thickness providing structural strength, and thermal and acoustic insulation for each dwelling.  Compressed earth block is also used to form the 2 staircases that provide the access to the roof garden.  The roof is also well insulated due to the soil in the troughs of the rooftop garden.  The front of each Agri-home is a non-loadbearing wall made of local and inexpensive materials such as stucco that is reinforced with fast-growing bamboo, where the stucco mixture is similar to that used for the blocks as well as for the mortar between the blocks.  Not shown in the drawings are partitions internal to the Agri-home to provide for privacy and divide the living space.  These partitions can be non-loadbearing arrays of fast-growing local bamboo.

The roof structure is a deep corrugation (where the troughs for the garden are formed by the corrugation) which provides for high stiffness and strength to withstand the loads from the garden and residents tending the garden.  The corrugation structure is a frame fabricated from local materials such as fast-growing bamboo which are lashed and pinned at the nodes for strength.  Transverse and diagonal members, made from the same frame materials, also contribute to the stiffness and load transfer of the roof.   In addition, a shallow corrugated and galvanized steel (or other metal) covering on the framework having properly overlapped seams provide for a watertight roof.

Because the front wall of an Agri-homes is non-loadbearing, it  can be removed at a later date and additional floor space added to an individual Agri-home as the residents needs more space for a growing family and they can afford the home improvements.  The construction of a home with this home addition is not shown, but the walls of the addition would be similar to the construction of the front non-loadbearing wall that was removed (in fact this wall may possibly be reused in the addition), and the roof for this addition would be a simple galvanized steel roof (without a garden overhead).  The structural strength of the addition would be due to steel tube frames placed in concrete to anchor and support the walls and roof. The type of frame and method of its installation would be similar to that co-developed me for the playground swing sets seen in this link http://www.microsteps.org/report-2009-q2-swaziland.phtml.

The Agri-homes described herein will require power for light and other appliances, and plumbing for fresh water and sanitation.  These utilities are not described here, and collaboration with groups having expertise and innovative ideas for sustainable approaches is desired.  Additional information is available on request.

© All rights reserved to: sjscotti

Antero
over 9 years ago

There are great similarities in our respective proposals. But, by utilizing the roof for a garden, you have introduced an idea that takes it to a whole other level.

My first reaction was that it could never meet the $300 cost limit. But, when you factor in the savings/earnings from the food production, the house might end up being free, if amortized over a long period.

If I ever get a chance to redesign my project, I would definitely want to incorporate some of your thinking into it. I wanted to present mine with a flat roof made of post-tensioned i-Bricks, which might be strong enough to carry the loads of a 'green roof', such as yours. But it would have put me over the budget.

Well done! If the judging ever gets past the fancy presentations, and the novelty acts, maybe your positioning will rise, as it should. Hopefully the jury will see the great merit in your proposal.

sjscottiowner
Antero
over 9 years ago

Thank you Antero for your kind comments!
I was likewise impressed with your idea and I feel there is much merit in the CEB construction technique. You had mentioned Africa in your submission and even though the target for these homes is a much more densely populated area, Africa was much in my mind. I travelled to rural areas in Swaziland on a Baha'i service project a few years ago, and the simple homes and schools I visited kept coming to mind as I was forming my ideas. With respect to the roof for your design, I don't think there would be too great a difficulty in coming up with a strong and durable design to carry the loads, however the part that I struggled with in my design was to provide easy access for climbing up to tend the garden or use the area as living space. The stairs I incorporated were my attempt at this, but it would require a large number of CEB blocks. I ran out of time before I could come up with a less expensive approach. Best wishes to you and thanks again! -Steve

MSTR
over 9 years ago 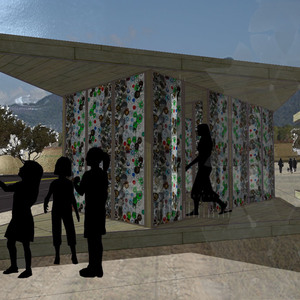 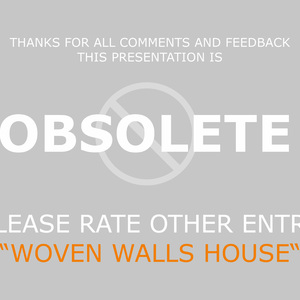 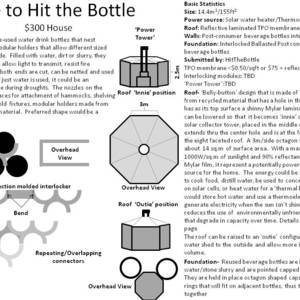 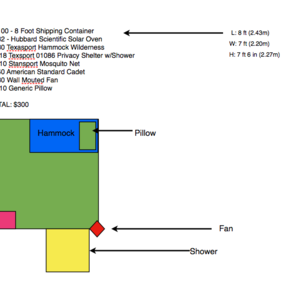