We tried to put ourselves in the shoes of the people who would occupy these houses and asked ourselves the questions.
� What kind of house would meet our basic needs?
� What kind of house could we afford?
� What kind of house would meet our aspirations and help us live with dignity?
Looking at the condition of the poor living around us we tried to find a solution to elevate these people from their present state.  All of them aspire to live in a pucca house i.e. a house that is solid and permanent with basic amenities of a bathing area, cooking space and sleeping area. A cement concrete structure is hugely empowering for these people.
We were inspired to go for a cemented structure by one of the reasons TATA Motors decided to develop the 4 wheeled TATA Ace rather than a 3 wheeled rickshaw.
�Before starting the project, Wagh did something no one at Tata Motors ever had: He talked to customers. The three-wheeler men inevitably insisted on a cheap, dependable truck that could go from village to market carrying, say, a ton of onions or potatoes. One night, as sunset approached, Wagh stuck with one rickshaw driver. He says, "I kept asking the question. Why? Why? Why do you want a four-wheeler?" Wagh remembered. Finally, he got the real answer. It turned out it wasn't really a problem of transportation of vegetables �If I had a four-wheeler, I would have better marriage prospects in my village," the young man said. Drivers of three-wheelers are looked down upon in India. Wagh realized that four wheels had emotional, not just practical, appeal�.
http://www.scribd.com/doc/54415417/13/Concept-Testing-And-Developing
The same analogy applies to the cement house, a mud house, however durable is looked down upon. If an extra wheel in a vehicle can elevate a person�s social status, a house built of cement as compared to mud/tin sheets would make a whole lot of difference. Hence we attempted to make the structure a cemented structure.
However, such a structure, built using traditional methods, is very costly and out of the question for people living on a few dollars a day.
A cheaper alternative is to build using �Ferrocement�.
�Ferrocement is a mixture of Portland cement and sand reinforced with layers of woven steel mesh and closely-spaced small-diameter steel rods.
Ferrocement has relatively good strength and resistance to impact. When used in house construction in developing countries, it can provide better resistance to fire, earthquake, and corrosion than traditional materials, such as wood, adobe and stone masonry.�  (Wikipedia)
The labour required will be provided by the people who are to dwell in these houses. Communal toilets (separate for men and women) will help in lowering the costs. The community will be grouped into blocks of 10 houses.
The house has the following specs-
� A 10�x10� (interior space) bamboo frame structure.
� Walls, roof and base are made of ferrocement
� Sloping roof, height 8� in front and 6� at the back. Bamboos to go at least 2� deep into the ground
� 4� thick base foundation and 2� thick walls
� Bathing and utensil washing space which is 4�x3�
� Water storage tank (3�x1.5�x2.5� � lxwxh) also built of ferrocement
� Kitchen space
� Solar LED Lights
� Water purifier
� Common pit toilets (separate for women and men).
� Optional-The sewage will be used to power a Bio gas plant. The bio gas can be used in the houses for cooking.
� Optional Rain water harvesting tank
� Optional - Metal cupboard
------------------------------------------------------------------------------------------------------------------
The joints in the bamboo frame will be held together with strips of thin jute sackcloth or muslin "soaked" in a cement water mixture. Cement will be further added around the joint to strengthen it. The frame will be covered with layers of steel mesh and then cemented.  Tar paper/PVC sheet will be added on the roof between layers of ferrocement for waterproofing.

Personally, the best option is to teach the people to build these structures themselves. We  feel that there will be a better sense of ownership and pride. Also costs will be brought down. Since this structure is like a shell, we think it will be better to build it as a continuous homogenous structure rather than prefabricating the panels and then joining them. However where rapid deployment is required, prefabrication of the panels is also a viable option.
Vern and Di
© All rights reserved to: divernon 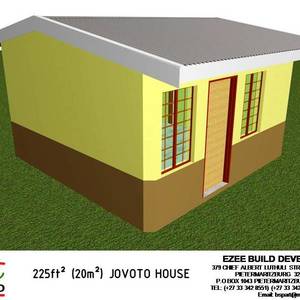 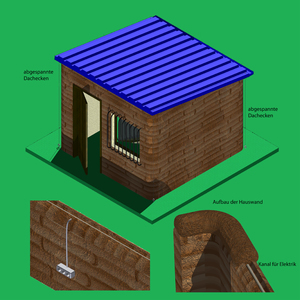 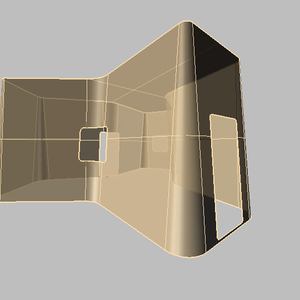 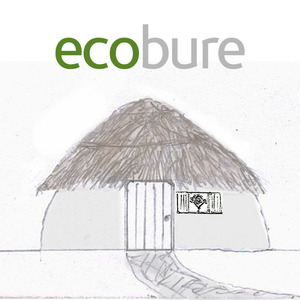