The proposed house has been designed keeping in mind the extreme and arid climate in most of the developing nations like Asia and Africa. The idea here is to understand the layers of earth that exists for us to create materials and use them judiciously. We have used materials made of processed earth (used burnt clay pots), glazed reflective broken ceramic tiles, straw and bale, lime plaster (which is cheaper than cement plaster), jute matting and bamboo matting for roof. Both the roofing and the walls are made out of the panels of the clay tiles and the cob and straw bale blocks respectively. The joinery between timber and stone, straw bale and timber have been using steel clamps which prevent any variance between materials.

Bamboo has been used even for the reinforcement of the foundation sub base as it is much cheaper than iron and in saline sub soil, resists, rusting and corrosion. Cost cutting has been majorly done on not in the foundation and the frames but the filler materials.

To create a conditioned environment, measures of passive and evaporative cooling has been done to create cooler environs inside. The high thermal mass of the cob with straw bales acts as a good sound and air insulator. The windows have been kept frameless (pivoted) which reduce the cost required for frames and grills (the aperture of the pivoted windows is small enough to prevent any human or animal trespass.

© All rights reserved to: studio360 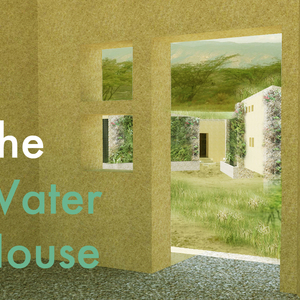 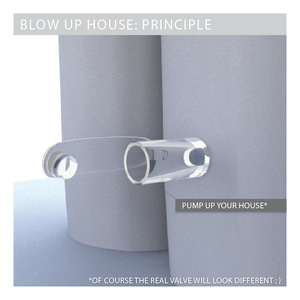 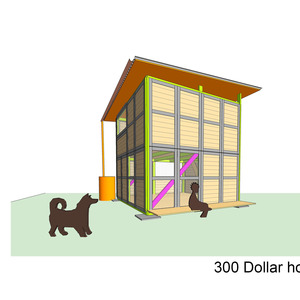 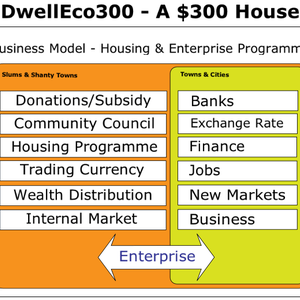