The traditional European Championship logo, used starting with the inaugural tournament until the 1992 edition, receives a modern update. Not only did Germany win two European Championships during that time span, the country also hosted the 1988 tournament. The flag pattern is replaced with an abstract flag consisting of the word "EURO". The traditional five stripe motif is replaced with six stripes, with "GERMANY" and "2024" flanking the "EURO". The modern design also references Germany's success on the international stage of football - Die Mannschaft has recently won the 2014 World Cup and 2017 Confederations Cup. The entire logo is slanted at an a 71.565-degree angle to represent the forward thinking of the country, the people, and the national team. Combining the traditional European Championship logo, the use of "EURO" to represent the German flag, and the angled shape, this logo brings together the past, the present, and the future.

From the beginning, I knew I wanted to incorporate the 1960-92 European Championships logo in my design. The trouble was how. I originally had the flag and "EURO" as separate elements, but I found that it was larger than I would preferred. I finally struck gold when I tried combining the two elements together, and I was very pleased with the result. I also experimented with different sizing for the "GERMANY" and "2024" , but ultimately decided on the current setup to create some symmetry.

The elements "EURO", "GERMANY" and "2024" are featured clearly in the logo. By bringing back the 1960-92 logo, the logo both references the European Championships and sends a statement: "Germany has the historical precedence of both winning and hosting the tournament, and the country is now ready to embark towards the future with this tournament leading the way."

The original European Championship logo is considered a classic logo, having been used in the first nine editions of the tournament, including the German-hosted 1988 edition and the German-won 1972 and 1980 editions. The modern interpretation of this design references Germany's modern successes, including victories in the 2014 World Cup and the 2017 Confederations Cup. To summarize, the logo has numerous ties to Die Mannschaft, and as such it's only fitting to base a design around it.

I have read the "Guidelines, Regulations, & Comments" section in the brief, and I can attest that this logo is an original creation, with the German-hosted 1988 European Championship logo used as an inspiration and nothing more.

© All rights reserved to: Matthew 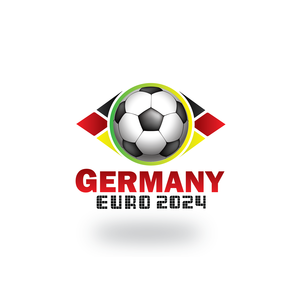 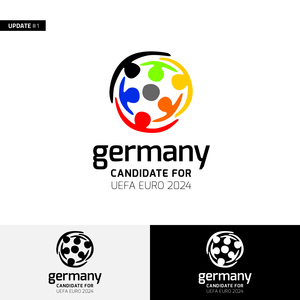 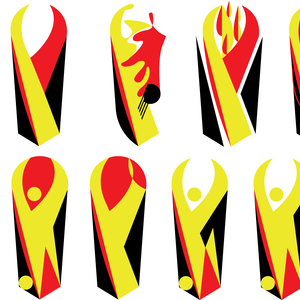 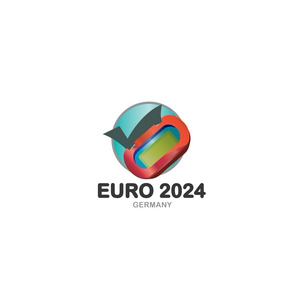