Read the BriefSee all IdeasCreatives
Aim, shoot, score: Your 2024 bid logo!
Viewing published ideas, sorted by popularity.
previousoverviewnext
EUROphorie - EUROphoria
I connected feelings I have about the EURO with elements from football in a modern style
1/6
123456
1/6

I put the first thing I thought of when I was thinking about the EURO in the center of the design. The Moment when the winning Team raises the Trophy over there heads and a wave of happiness floats across the nation making everybody forget about their problems. The same feeling I had in the Summer of 2016. Afterwards, I tried to connect that with symbols that are deeply connected with that moment and chose the flag ornament that covered the chest of the jersey which the German team wore at the last Home EURO 1988 and at the win of the Worldcup 1990. Both of these events happened before I was born, but when I talked with my Dad about these Events I saw a sparkle of euphoria in his eyes which is exactly what I want to achieve with the people. The Third Symbol is the European continent in the background because the EURO is not only about the country it's played at, but about all the countries and fans participating.

I tried to put all the symbols together while using a simple design. Rounded it up with a light background gradient and 4 Gradients representing the 3 Colors of the German Flag and the Colors of the pitch. As the outline and the text color, I used a warm euphoric gradient.

There are many great designs I already saw, but I think that I represent the fans from Germany more than a Swedish Design Studio or someone that never understood the passion behind football. I have no recognition in the world of design so far, but I hope with the emotions I put in the design that I might have a chance to represent Germany and the Fans. And I hope to have a share in bringing the EURO to Germany.

Yes, I have read the brief and this is 100% my original work.

© All rights reserved to: Leon 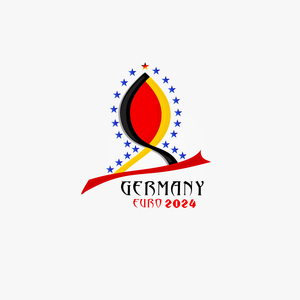 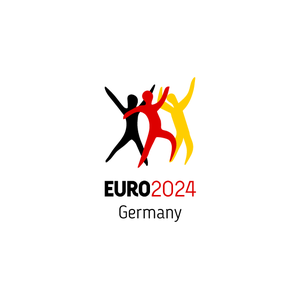 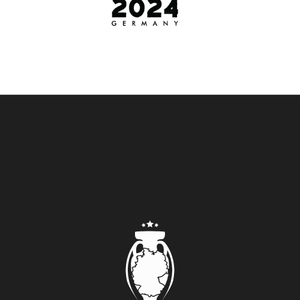