Read the BriefSee all IdeasCreatives
Aim, shoot, score: Your 2024 bid logo!
Viewing published ideas, sorted by popularity.
previousoverviewnext
die Traumtor
The idea is to deliver all the messages in a easy-to-understand logo.
1/6
123456
1/6

The design is all based on the briefing. Community - described in the bottom right logo (in which i also try to put "kick racism out of football" message,where everyone can enjoy the game). Euphoria - you can see in the top left and right logo there are 2 people cheering as the people in the middle strikes the ball- and you can find 24 stars trailing the ball,reflecting the 24 contestant of EURO 2024. The color scheme is also adjusted to match the Germany national flag. There is a love-shaped object in below the cheering people, which is actually an illustration of 2 people dancing in the middle of the pitch, to describe the beautiful game we're playing. Also, in the bottom of the logo,you can find a trophy-like shaped there. Yes, it is inspired by the Henri Delaunay trophy, but, if you look closely, inside the trophy there is an illustration of a sun - reflecting the emotions from the sommermarchen of the FIFA 2006 World Cup.

Firstly, i read the briefing all over. I also analyzed previous Euro's logo. Then, i highlighted the key words. From the key words, i tried to brainstrom some ideas and put it on a piece of paper in a sketch. I work to improve the sketch and after it's done, i digitalized it.

I think i've already delivered the message that the client wants to tell, which is the point of making this logo. This logo is friendly, and engage positive impact to the viewers.

It's my original work , however, there are some fonts that i don't own: -BigNoodleTitling -Tw Cen MT Regular -New Cicle Semi

© All rights reserved to: Ivan 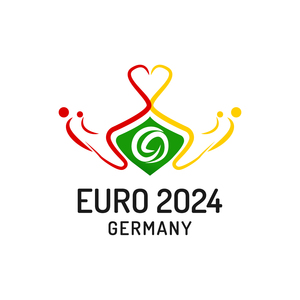 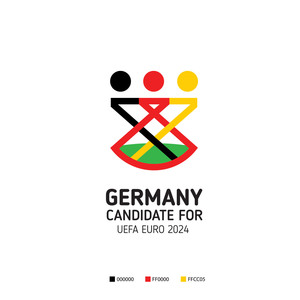 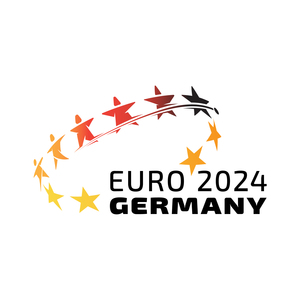 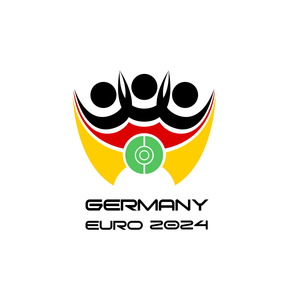