This bag is mainly designed for senior-classes pupils and students. Its measures are 40 x 33 x 12 cm (height, length, width). Inside there are 3 cases: case one is for a notebook, case two for slips of paper and the last one is the main case. In the main case there is a cell-phone pocket and  a pocket with a zipper. The notebook-case can also be used for other objects.  This bag has two demountable handles : one shorter and one longer. The short one is more elegant and the other is more practical. At the bottom side there are 4 metal columns to protect the bag from e.g. wetness. The bag is colorful and designed in the style of the 70´ies. It´s made of polyuretan and cotton.

© All rights reserved to: domi_pfirsich

I quite like the second slide. The first one is a bit too retro for me.

Great, my daughter would buy!

I would like to have the second one. but I´m to poor to produce it :)

Sorry, but I don´t like it. It looks like a lunch box of a poor kid back in the 70s. I can't see how it deals with the needs and tastes of children of this generation.

subjectiv opinion - it´s your right but your similies ... We´re not talking about children but students and i am one and i like this design because its fresh and colourfully. maybe i should travel back to the 70´ies? :)

I'm sorry about the simil. It was not my intention to offend you or your work. I´m totally agree with wx: as a designer you have to be more consecuent with needs and desires of clients and/or users. It doesn't means that you have to sacrifice your own design criteria.

thank you for your comment. i´ll try to change my design so that it more fulfil the needs of clients. but it´s not that easy :)

As a product, there is simply not enough information to be able to tell how functional it is...we need to see more in the detail of its assembly and function.

Furthermore, as a graphic exercise it is very uninspiring...I suggest you listen to your critics more than dismissing their opinion as subjective; there are specific graphic elements that are making him respond to a historical example.

Hey wroganx , I am not dismissing critics but I designed it the way I would buy it and wear it. I prefer the second bag becauce i´m a girl and i think it looks quite elegant and funny. I´m disapponited about your "lunch box" critic. They are no similarities (the form seems to be the same) because my bag is made of polyuretan which is a soft fabric. I know you can hardly imagine it because it is difficult for to me to show you that in a picture. I´m not a proffessional that´s why i wrote a long description to help you to better understand my idea.

Maybe you could help and tell me what i should change to make it better? It would be really helpful.

Let me clear one thing up. jovoto is a platform for ideas, and not for perfect finalized concepts. Furthermore, constructive criticism is one of our main values, would be nice if you could also stick to that. Simple shouting that this looks like a lunchbox from some poor kid is totally not constructive in my opinion. And exactly as domi_pfirsich writes herself.

Maybe you could help and tell her what she could change to make it better?

Jvanboxtel...I agree with you that saying it looks like a poor kid's lunchbox from the 70's may be harsh, but my point was that it's not criticism without merit...the shape is clearly referential to classic lunchbox design, and the patterning on the first image looks like the 1970's commercialized response to pop art of the prior decade.

Domi, you are right, I didn't enough suggestion on how to change it, but this is because I am still unclear as to what generated this idea in the first place. You say that you designed this because you would buy it, and that you prefer the second bag because it is elegant and funny. This is where the problem lies, design isn't for just you; it's for a targeted audience. I can't tell you what to do because as your own words suggest you are designing it for yourself, and it is from that basis that I criticize.

The yellow one is nice :)

I don't know :) , but i've got the feeling the targetgroup girls would love your design. Like it

clari
over 9 years ago

domi_pfirsichowner
clari
over 9 years ago 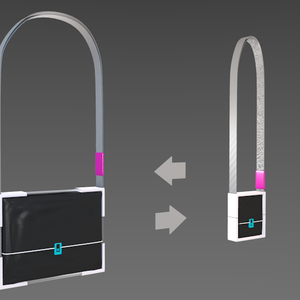 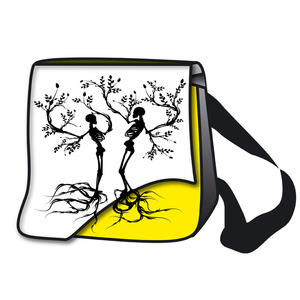 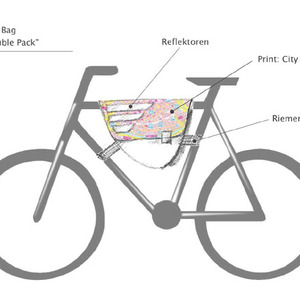 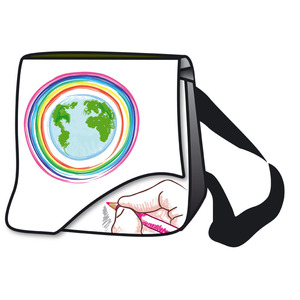