My idea is to create an association of the payment for coffee to a travel mug.  Currently people are in a habit of taking a purse or wallet with them because it is how they pay for things.  I propose that giftcard bar codes be attached in one way or another to an individuals mug.  They would then have more incentive to take their mug with them when they leave their home and know that coffee is part of their routine.
This could include many different approaches.  It could be giftcard barcode that is printed right onto a mug, it could be a small barcode that would attach to a mug's handle in a keychain fashion, it could be a semipermanent sleeve that could fit on a mug.  The barista would simply scan the mug as the order was taken.
Although this would not eliminate waste, it definitely could become habit forming for a large number of consumers, and that would result in a large reduction in waste.
This idea would not require much extra resources since the giftcard system is already in place and scanners for barcodes already exist.
I think that the coffee experience would stay fairly the same.  I feel this is very much like the current movement of people to bring reusable bags to grocery stores - the option has been their for a long time, but now more and more people have turned it into a habit.
Overall I think my idea has the potential to reduce much waste at little cost.  It also has the ability to be implemented in conjunction with other ideas.

© All rights reserved to: aham 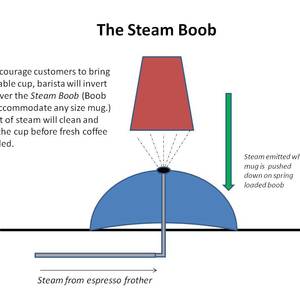 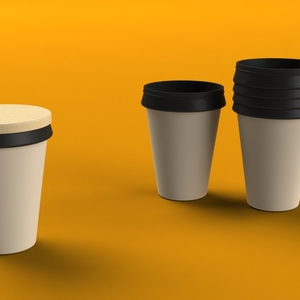 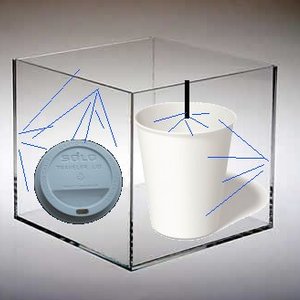