My recent entry proposes a reinforced cup with integrated insulation where existing Starbucks cup is essentially "beefed-up"  to withstand hot/cold temps and 10 or more reuse-cycles. The idea also proposes a social element targeted at rewarding and encouraging cup reuse.

The Rub
The goal is towards leveraging social media to encourage reuse in addition to better utilization of existing cups through redesign which consist of fortifying existing cups to withstand 10 or more reuse-cycles as well as hot/cold temps. After a cup's cycle is up it will be disposed of in the store's cup compactor in preparation  for further reprocessing. This approach inherently eliminates insulation sleeve as well as "separate" hot/cold cups and associated cost.

How it Works
Simplicity is key - Cup are stamped with a special stamp on each refill visit - the tenth stamp entitles recipient to a dollar off current purchase. The underlying goal is to properly care for ones cup in order to obtain maximum cup use beyond 10 reuse-cycles.

Cup Stamp
A "cup stamp" is equivalent to 10 cents - one must accumulate 10 stamps, i.e. use their cup 10 reuse-cycles in order to qualify for dollar off current purchase. After redeemed - the cup is subsequently compacted and  prepared perhaps to be processed into low cost or no cost building material of sorts targeted at developing nations. See:  http://www.jovoto.com/contests/drink-sustainably/ideas/4743

Social Feature
The idea further proposes a social feature to encourage cup reuse driven by Starbucks in-house location solution or use existing location based services e.g. Latitude, Four Square, etc. The social element is very competitive - Kings and Queens can be overthrown at any given time by other participants whose reuse-cycle exceeds that of the reining  King or Queen.

As provided - It is further proposed that in contrast to awarding Mayor (Bürgermeister) status which is common to Foursquare - At given stores individuals with highest amount of cup reuse i.e. stamps per single cup - shall be crowned Starbucks King/Queen of Cups instead of Mayor....

© All rights reserved to: Qvistar 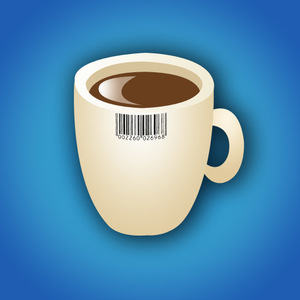 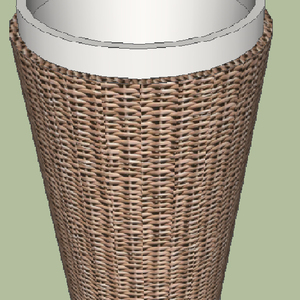 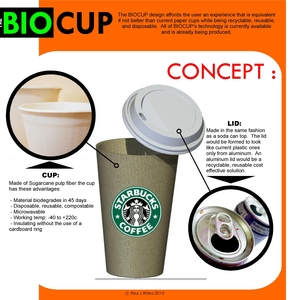 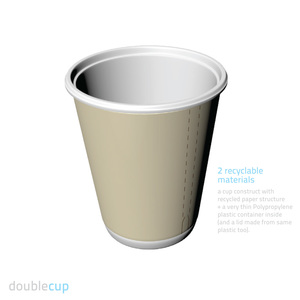