The �recup� is about returning to a natural resource, one that has been with us since the beginning of civilization. Taking this resource and adjusting it to provide a suitable solution for our current dilemma, not only presents a �green� solution, but a reasonable solution.  As well as, setting the foundation to allow us to naturally modify the end product as a result of it growing under our adjustments.

© All rights reserved to: JPiTT

wonder how often coffee is being sourced from places that also grow these? but might also be interesting if they were grown near the point of use.

me too! I had no idea calabashs can be grown into a variety of shapes. each sbux store should have a little plantation in their backyard :D

Orwellian
over 10 years ago

This is an amazing idea. I like the reusability, how it encourages people to make their own, how flavor can be infused to the cup, the uniqueness of each individual cup and how using it will have environmental benefits down the line. The only negative is that a lid might prove problematic. Because it's organic, there's going to be variations in size beyond one-size-fits-all. Is there a sustainable cheap material that is stretchable and won't add funky flavor or would this be a tumbler rather than a lidded cup?

Hey, thanks for the comment/feedback. Sorry it took so long to respond. (please excuse the country grammar) Ya'll brought up some interesting and challenging questions that I'm still trying to figure out.

To shaunable: I take it your wondering if the calabash and the coffee bean could possible be used in a crop rotation or nutrient cycle?

This was the initial concept I wanted to pursue. From the research I gather, the problems I saw was that they both required the same type of soil and that their growing seasons heavily overlap each other. I also looked to see if they could be grown together as companion plants, but that was also a negative.

To Orwellian: Yea, I agree with you the lid is a bit of a challenge. I the only idea I could up with, was a giant adult baby nipple to drink from. But, obviously that won't work. It would be hilarious.

To PureEm: I believe the growing season from seed to maturity is around 100 to 110 days. Real issue comes when you need to dry them out so they can be used. And that take about a month for smaller calabashs and longer for larger one. The environmental issues to come, I don't see as a bigger issue than than the one where trying to solve for. The major issue I see would soil conditions. But, that could be solve with the proper plant to put in a nutrient cycle with the calabash.

Thanks again for the feedback.

I like it, but I'm still not sure how we clean them after holding coffee with milk and sweetener in it. Gourds left wet will develop mold, and you aren't supposed to clean them with soap or detergent. Not sure how porous the walls of the gourd are, either. Thoughts?

IceQueen
over 10 years ago

also would this raise the price of coffee drinks? this could be more labor intensive

but the shape growing concept is great!

I spoke with people who sold gourds as cups while I was looking them up. I ask them the same question. What they told me was just to rinse them out and put them out to dry out completely before reusing them. Gourds usually grow mold on them when they first go through their drying out stage. It's just a part of the drying process.

By 2 dollars max (I think) and Thanks.

Valerie
over 10 years ago

This is a brilliant idea! An idea like this can change the world for the better.

Janne
over 10 years ago

Great presentation! Those cups look really nice, but I´m still a bit sceptical concerning the cleaning issue. How often can they be used?

I think that its a neat idea... but not one that will win over the majority of coffee drinkers. It might be hard to market this. I think the idea is really cool though! I volunteered at our Conservatory here in Pittsburgh and I spent an entire day talking about all of the many uses for Papayas. ( I'm really interesting right? lol....not! )Gourds/ fruit being used as a Beverage container was one of them. I had them hanging all around me...they were solid and shaped well for beverage consumption. So I see where you are going with the calabash. (never heard of the calabash before, so I learned something new today!!! )

Good luck! ~Melissa I'd like to invite you to review my idea : ) http://www.jovoto.com/contests/drink-sustainably/ideas/4793 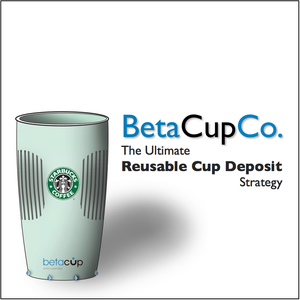 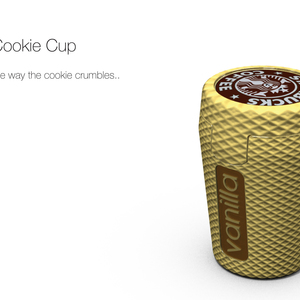 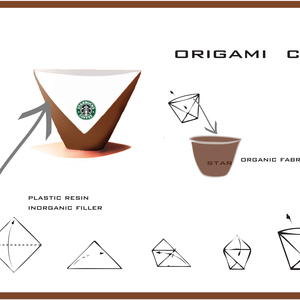 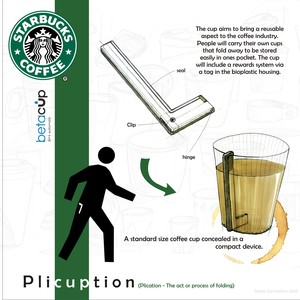