Before reading on, if you haven't seen it yet, head over to my video at this link..

Watch the full video first for the full experience if you haven't already�(click here to go to youtube)�if that fails, then here is the video converted into scribd without any fun animation or moving music.

This proposal goes well beyond just an alternative material for the coffee cup, it provides Starbucks with a new approach to the way the coffee drinker engages with their daily fix, as well as a comprehensive plan for Starbucks to make the most of it � design, scaling up, marketing and communications.

I�m an Australian living in the Solomon Islands, a small but beautiful poor nation in the Pacific.  One day, after wandering around the jungle, I noticed that a particular palm leaf looked robust, strong and fibrous.  Often coming up with wacky ideas, and in this case, with the idea of development and the environment in mind, I thought immediately, how could this substance be used as a resource?

My research led me to India, where the areca leaf is used on a limited basis to make bowls and plates�but I thought that you could aim bigger, much bigger.  People definitely use disposable plates for picnics.  But they use disposable coffee cups a whole lot more.

1. So what is my alternative to the paper coffee cup?

We assume the cup is here to stay, because an intravenous drip just isn�t sensible. So let�s talk materials.

You may have heard of the material I am proposing, in fact, it may have even been mentioned in another entry.  I�m going to go much further though and take you all the way through to the business process.

In a nutshell, �It�s a neutral resource�.

2. What are the properties?

Here are the properties of this product:

-       visually intriguing, with a beautiful texture and composition

Due to a lack of adequate research and development, and perhaps a lack of opportunity from a company that has the right motivations, we haven�t yet seen the cup hit the market in India�

3. So how will it reduce waste?

4. Let�s get practical � are there resources in place to make it happen at the Starbucks scale?

There�s no point in pursuing an idea if it can�t be scalable to the needs of Starbucks. So let�s do the math�.

There�s also plenty of room for expansion.  The rest of Asia combined can currently produce almost 5 billion further coffee cups per year.  The Pacific also has the climate to harness its resources to produce even more, creating valuable export markets that this poor part of the world is craving.

How much is it going to cost?

Based on the equivalent data gathered on bowls and plates we�ve got the following:

�.So how does it fit in with the Starbucks experience?

6. Give the customer what it wants and then give them status for it�

The customers have been studied and Starbucks found they want:

This new cup ticks all of those boxes, but then it goes further�

7. How can we convert more customers into believers?

If the exoticism and functionality isn�t enough, here are some more ideas�..

Concept by Aaron Levine Copyright All rights Reserved 2010.  Thanks to Crew972 for the prototype cup.

© All rights reserved to: AaronnLevine 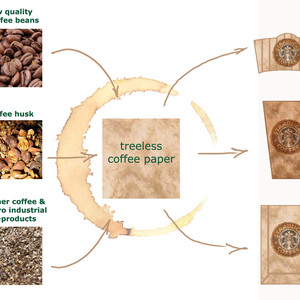 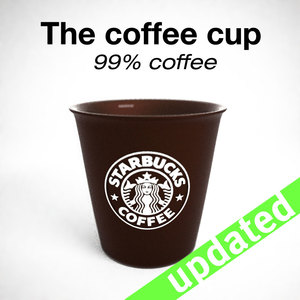 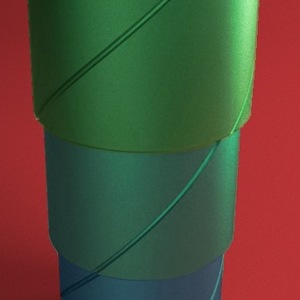 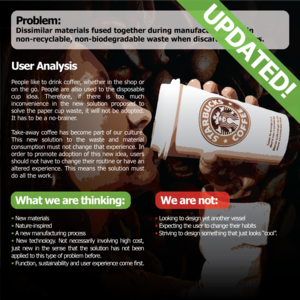