MEA PULPA is an innovative new reusable cup design that takes advantage of molded paper pulp technology to produce a cup that is ecologically better and improves the overall drinking experience.

By making a takeaway cup out of molded paper, we can produce a cup that is formed form recycled material...including the lid.  While typical cardboard cups necessitate a vacuum-formed plastic lid, the design for MEA PULPA takes advantage of the benefits of a molded cup to allow mutual attachment with a molded paper pulp lid.  MEA PULPA can be left uncoated to preserve its recyclability or can be coated with biodegradable, starch-based polymers to produce a reusable, biodegradable design.

Molded paper pulp can be used to provide a more durable design than old, cardboard cups.  MEA PULPA combines this with a promotional system that promotes reuse.  The basic concept is that the cup can be either stamped or an included barcode can be scanned to keep track of the number of times it's been reused.  Once reused five times, it can be surrendered for composting in return for a free cup of coffee (or whatever reward is deemed appropriate).

Beyond the ecological impacts, the use of molded paper pulp allows MEA PULPA to give the user a drinking experience that is a vast improvement over ordinary cardboard cups.  The lid attachment in MEA PULPA is formed well-below the rim of the cup, and its lid is designed to fit inside the cup, rather than over its lip.  A similar concept is used in plastic travel mug lids to reduce spills, but has yet to find its way into a disposable cup.

In addition, the molded pulp design allows for the elimination of the impossible-to-seal seam found in rolled cardboard cups, further reducing drips, leaks and spills.  Molded paper pulp is also thicker than cardboard, allowing MEA PULPA to be self-insulating, which keeps the beverage warmer longer and eliminates the need for an additional protective sleeve.

MEA PULPA bridges the gap between travel mugs and today's throwaway cardboard cup.  It is convenient, reusable, and a pleasure to use.

© All rights reserved to: mhages

What a well thought out idea with clearly illustrated images. Plus I'm a big fan of word play, so the name caught my eye right away:)

as above, that's some smart work sir

aiyo
about 10 years ago

Really nice. Would be great of the lid could close off the drink holes.

Phenomenal idea. What about the whole footprint of the product life-cycle? i.e. -How much pulp/year would be used to make cups -Where would that come from -What happens when cup is disposed of

Very doable. I think this would work great in combo. with one of the cup shapes I made & the idea of product materials as assets. Please check out and rate my design!

Berkana
about 10 years ago

I love the idea, but the idea of using a recycled biodegradable material that is reusable while promoting re-use by incentives is not conceptually difficult; that part is a pretty clear addressing of each of the problems in the contest brief. The difficult part that needs to be solved is the chemistry of the cup material, which has to withstand washing, soaking in hot coffee, and repeated handling without discoloration and decay.

Is paper pulp capable of doing this without additives and coatings such as polyethylene? (Polyethylene is what Starbucks cups presently use if I remember correctly; it makes the cups non-recycleable, while the coating itself does not biodegrade, as far as I understand.)

Good question Berkana ...I will be back to see how this is answered and then rate this idea.

Thanks for the input and questions, everyone. I'll try to address everything the best that I can.

As far as the consumption of paper pulp goes, this sort of analysis is out of my area of expertise. I can say, however, that based on my observations of paper pulp products in comparison to ordinary paper, molded-pulp products appear to be about 1.5 to 2 times as thick as their paper/cardboard counterparts. Molded products are notably less dense, however, so the overall consumption of pulp in a molded process to produce a reusable cup would probably be about 1.5 times the amount of pulp use in making a comparable, single-use paper cup.

The pulp would come from the same sources as the recycled paper that is used to make post-consumer recycled paper. It's all pulped anyway for recycling, we're just looking at a different process to manufacture.

I imagine that the molding process is more energy intensive than your standard pressing, die-cutting and rolling process used in normal paper cups, but I couldn't say by what factor. The important part here is that, once you've moved into molding pulp, the additional energy of adding more material, such as to make a thicker wall in a reusable cup, would not be significant.

Of course, you could make a thin-walled version that is not as robust and not intended for reuse. In such a case, you could leave the cup uncoated to make it recyclable. I don't think that ordinary paper pulp could stand up to this, but there are "paper" products made from sugarcane fibers (a byproduct of sugar refining that is normally thrown away) that can stand up to a single use of liquid. They are biodegradable, but probably not commercially recyclable (they might be recyclable by the manufacturer, however).

Once you're talking multiple uses, however, there are presently no reasonable ways to recycle a cup once it's coated. There are probably ways to separate wax or other materials from paper pulp or polymeric materials that are reagent or enzyme consumable are a possibility, but are presently too expensive to use in recycling. There are, however a number of starch-based coatings that offer the possibility of multiple uses that still preserve the ability of the cup to biodegrade.

Of course, biodegrading requires that the consumer neither throw the cup away nor put it in a typical recycling bin (the current downside to the starch-based disposable utensils that are ubiquitous in Norther California). This is the main reason why I included the requirement that the cup be surrendered to Starbucks to get a free coffee. Once the cup has been returned, Starbucks can ensure that the cup is properly disposed of; i.e. sent to a commercial composting facility.

In the case of biodegradable polymer coating, it is possible to even coat the outside, making the cup able to stand up to a limited number of full washes with hot water.

Jazz78: Your ideas and analysis are very interesting. A combination of our two ideas might at least make my concept on par with typical paper cups as far as material consumption.

Aiyo: Part of the reason for the placement of the lid well below the rim is to capture coffee that sloshes out of the holes so it doesn't become a full-on spill. This removes a lot of the need for a closure mechanism, which I wanted to avoid including because they practically double the amount of material used in making the lid. I realize that the openings are still an escape for heat, and a closure would prevent this. Ultimately, I determined that this would not be worth the material usage. After all, the cup is better insulating than a rolled paper cup anyway.

I hope this helps. Let me know if there's any further clarification needed or any more comments.

You've put a lot of thought and research into this. I like how you responded to our questions...good luck with Mea Pulpa!

May I invite you to review and rate my entry : ) http://www.jovoto.com/contests/drink-sustainably/ideas/4793

Nice idea,already have my rate simple idea, with a lot of investigation on it, keep going men nice work. I don´t no if you already sow but if you are interested into search for "the other day cup".

Great idea! Very feasible and economical. I think SBUX would eventually phase out a rewards program like the one proposed, but it's a good start to gain some publicity.

I'd greatly appreciate your feedback as well! http://www.jovoto.com/contests/drink-sustainably/ideas/5324 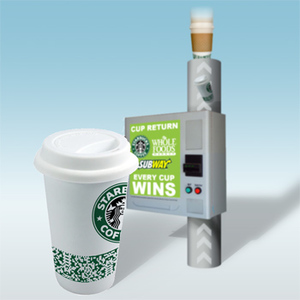 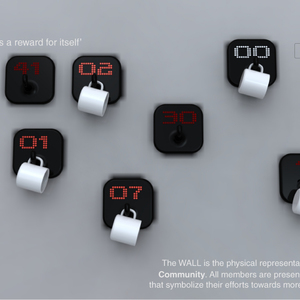 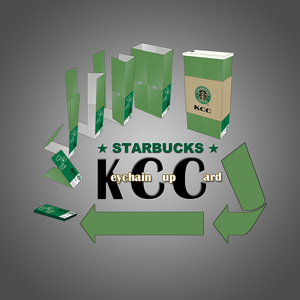 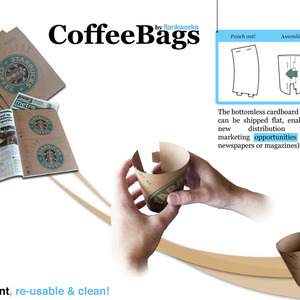