Read the BriefSee all IdeasCreatives
Büble's World!
Viewing published ideas, sorted by popularity.
previousoverviewnext
Glowing Büble Bier Trucks Distributing Free Beer Bottles Near Pubs And Clubs- Guerilla style!
I think you should send a fleet of glowing trucks covered with Büble Bier logos to areas with pubs and clubs and offer a free beer bottle to people. You can also brand Büble Bier as the beer that outshines the rest / has the spark / makes people glow.

Trying a product is the best way to get new customers. Sure, you can spend tons of money on advertising on the internet, in papers, on television or on billboards and perhaps you should do that too- but nothing will get you better results than simply going over to your potential customers, attracting their attention in a memorable way and offering them a free taste of your product.

That's why I think you should use a fleet of glowing trucks that'll target different cities and areas. By glowing I don't mean to stick some lights on it. I mean that the truck will actually glow. Naturally this should be done at night where you can target exactly the potential customers you want to reach- in an area near pubs and clubs. In order to attract people I think that the trucks should glow or be illuminated using  extraordinary eye catching lighting. Your representatives should simply offer the beer to people and be ready to answer questions. They shouldn't actively try to encourage people to buy your beer- that's a turn off and you have to let the taste of the beer make the decision.
I don't know German so the writing on the truck is in English. Naturally, the trucks should feature Büble Bier's branding on both sides. I think the objective is to let the beer speak for itself so I kept the message short and to the point- one that explains to people they can approach the truck and get free beer. Regarding the boy- you guys should decide if using an actual image of the boy on such a campaign works for you or not. Perhaps using a single beer bottle (since people will get one free bottle) or a pack might be better.
I think this glowing concept could be taken one step further and become a thing that will brand Büble Bier and distinguish it from other beers. Your beer could be the beer that shines / has the spark / makes people have an inner glow (= signifying an amazing sensation they feel after drinking it).
Just imagine a commercial where everybody drinks beer and one guy suddenly begins to glow because he's drinking your brand (naturally all the girls will be attracted to him because all the other guys will seem drab in comparison). I don't know if there's a word in German that translates to the word 'outshine' but this could also be really good as far as comparison to other beers- "Büble Bier. Outshining The Rest". "Büble Bier. It Has The Spark" also has great potential. These or some variation on them will really make Büble Bier stand out and encourage people to drink it.
I hope you'll consider this idea as your marketing tactic as I'm sure it'll have a huge impact not only on customers who will be there and be amazed when suddenly, on a perfectly regular day, a glowing truck will appear and offer them bear- but also on passer-bys and people who will hear about it from their friends.

Either way, good luck! :0)
p.s. I read the half-time feedback. I think my idea works as far as the limitations you presented. It's guerilla style, can be done anywhere and if you can't afford a fleet of trucks- you can use as little as one truck that will target a different area of a few areas every night. :0)
p.s. 2 The actual glowing trucks can be much more radiant than the illustration. You can choose a certain light (let's say a blue light) and simply flood the trucks with it from inside in a way that'll make them look beautiful and simply impossible to ignore. But you should make sure that the glow won't be annoying or too radiant, so it'll have the desired effect.
© All rights reserved to: moretal 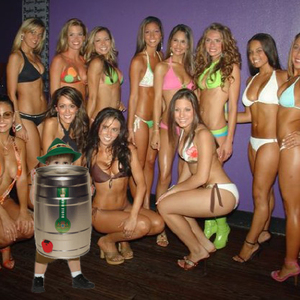 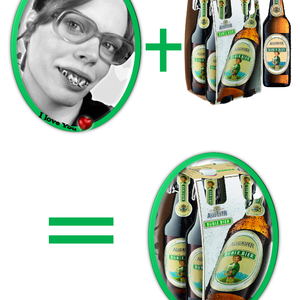 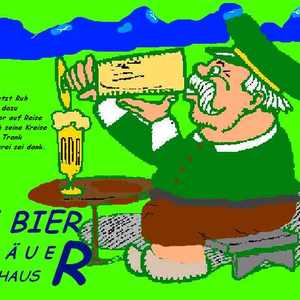 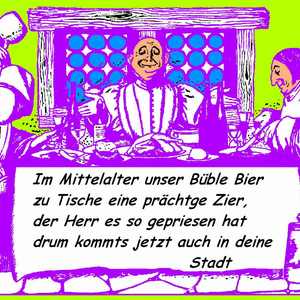