Coca-ColaRead the BriefSee all IdeasCreatives
Coca-Cola Design+ Award
Viewing published ideas, sorted by popularity.
previousoverviewnext
just a box
The idea here is to create a box which also makes the content accessible.

New Concept:
After a lot comments here on jovoto and also after trying to be next to the briefing i made the box way more simpler. Now i just use one Material recycle Plastic from old plastic boxes. The box is printed with one color (red).
Like the Coca Cola Brand likes to use the wave it is used under the Coca Cola Logo. Well i hope you like it :).

Old Concept:
I've started a small survey among my friends. When asked what the people were happy to drink Coca Cola on events, parties, etc.. The question to the people was of course what would you improve on a Coca Cola crate. Here I was repeatedly told that often unsystematic boxes are stacked together and thus you do not really see if there are full bottles in the crate.

Right here I will begin with the concept of a stackable, easy to use box with access to the content in the stacked position. And I wanted to use the typical wave under the Coca Cola logo as the basis for the optics.

The overall structure is very similar to a refrigerator which does justice to the subject again.

The issue of sustainability I have processed less. Although I have made ??sure that less material is used, however, am of the opinion that the stability and strong shape plays a bigger role.

© All rights reserved to: mariopxp 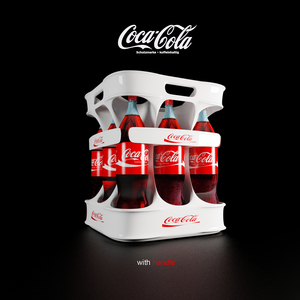 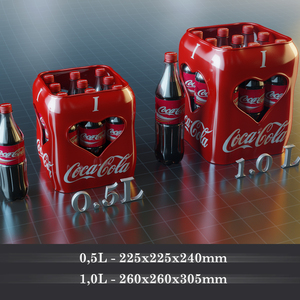 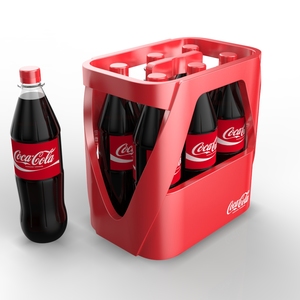 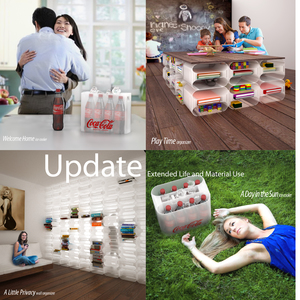