Coca-ColaRead the BriefSee all IdeasCreatives
Coca-Cola Design+ Award
Viewing published ideas, sorted by popularity.
previousoverviewnext
Globe-a-cola
My coca cola idea is for a round container, to symbolize the globe, and helping the environment

The container will be made out of a thin plastic, (1. Because it will be easier to crush and dispose of in an environmentally friendly way. 2. because a thinner plastic will produce less CO2 into the air when being processed because it is smaller, and not as much fossil fuels will have to be burned), the plastic will be a round shape, symbolizing the shape of the earth, and green friendly. The top will also be a spherical shape, and be red(signature color). Almost like a perfume bottle. The logo will be printed on the container instead of on a separate piece of plastic, so that all parts are easily recyclable.  The letters will be silver, so that they can be visible on the clear plastic, even with the darker color of the soda. All in all this shape, and the label in silver, are environmentally friendly, but yet have a very futuristic, and timeless vibe to it. In my opinion, people might get it just for how cool the container is. Also because of the help to the environment, people will feel less guilty buying soda, since they are helping the environment. (That is a scientific fact) Also the shape of the bottle is a perfect commercial and magazine shape. For a commercial people could drink, then crush and recycle. Another part in the commercial a globe could be in front of the container as an actor holds it, then as soon as the globe disappears the actor drinks the cola. Another advertising idea, is to have the bottle on a table, and the shadow that is produced is an actual globe (Picture shows idea)

© All rights reserved to: Goldengirl13914 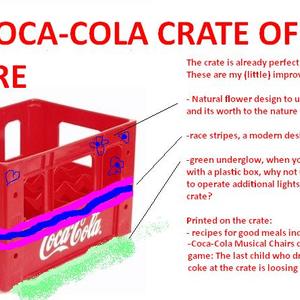 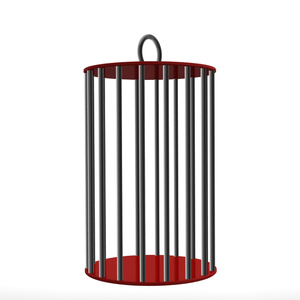 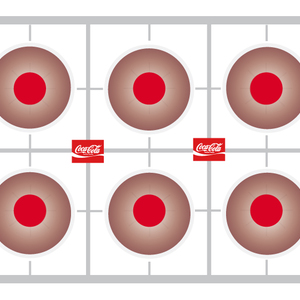 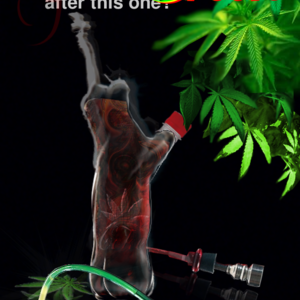