Coca-ColaRead the BriefSee all IdeasCreatives
Coca-Cola Design+ Award
Viewing published ideas, sorted by popularity.
previousoverviewnext
Form follows function
A crate with four advantages stack into one another, stack on top of one another, push or carry.

In an environmentally friendly manner

Gasoline save with logistics

The form of the crate is asymmetrical, this makes possible it alternatively the crate around 180° to turn and into one another or one on the other stack.

By that into one another to stack teach beverage crates can substantially more efficiently to be transported, which entails that the environment is preserved. Besides teach crates leave themselves so more space-saving to store, what represents a cost saving.

Recycling of the crates

All parts of the crate the fact that is called roles, pins and consists crate of a recyclingable plastic for example Pet or another recyclingable plastic. This makes possible to mix it defective or worn crates simply too schreddern and it so the material cycle again with.

Crates with a centric carrying handle are substantially better balanced than crates only at the edge to be seized can. This does not simplify the transport of a crate for Singles or older humans a car possesses.

Five bottles are somewhat few for a family or a party. Therefore the crates can be stood if it one above the other with in each case two folding pins to lock. So can be connected up to four crates (20 bottles) with each other. In the ground of each crate two roles are it make possible locked crates anzukippen and like a truck behind itself to tighten. This simplifies generation-spreading the transport of several crates.

Facilitate on the one hand the transport of several crates and on the other hand increase they roll the user friendliness in the everyday life, since crates in the household can be moved more easily. For the storage on euro pallets the roles are not important, since the crate must be angekippt clearly over to roll and on each other stacked crates this prevents the weight of several.

I connect Coca Cola with four concise CI elements at which I with the organization of the crate oriented myself.

1.Farbe (red with something white, this colour something always reminds of Coca Cola)

Despite their functions, many swung lines at the Coca the Cola wave are orient themselves in the crate. By the narrow side so also the silhouette of a Coca Cola of glass shows itself. Actual contents, the Coca Cola bottles presents the broad front and back opinion of the crate.

© All rights reserved to: Think 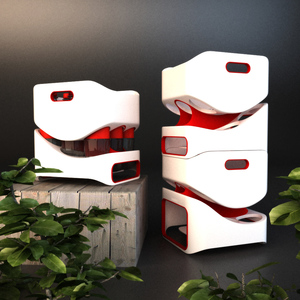 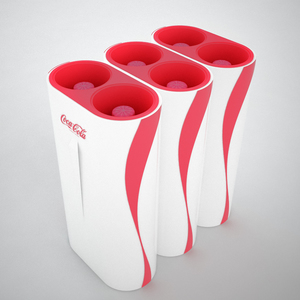 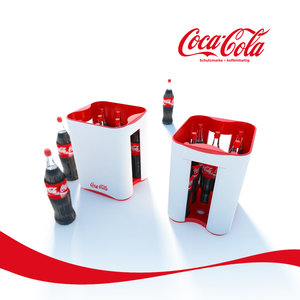 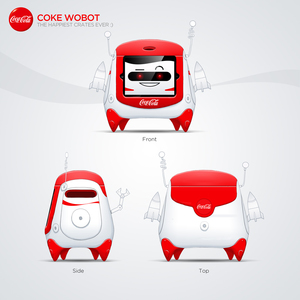