Read the BriefSee all IdeasCreatives
Create Your HERO!
Viewing published ideas, sorted by popularity.
previousoverviewnext
A hero and his friends
The story of a strange little boy with an unknown past.

25 years ago in a summer morning the Herfil family found a basket with a little boy at their door steps. The boy had nothing but a strange medallion and two beautiful blue eyes.

It didn�t took them long to realize that he was no ordinary boy. He grew very fast and very strong and the word �speed� now had a new meaning. His new parents were amazed and now wondered what was the story of this little boy. However, the speed and the strength weren�t the strangest things that he could do. He was able to give life to food and every time he did that, his medallion started to shine.

2011...the Herfil family owns a small restaurant that also deliveres and now Christoph, their son works there as a delivery boy. With him in their family there�s no order that they can�t handle. However things are not as good as they seem. Five years ago someone has arrived in the neighborhood...doctor Zeit and his gang �12 hours� and they turned everything upside down. Christoph could not stand and watch, so he became LIFERHELD and has been bateling the doctor and his gang ever since, but he is not a weak enemy. If Cristoph can give life to food, then doctor gives life to metal, creating all sorts of robots. He also has an obsession with time and invented various devices that can slowdown our hero.

And once again I didn't took time to make something more elaborated, but this was my idea anyway from the beginning. The hero has supernatural strength and speed, but his main power is to basicaly create his own army. His origin is unknown leaving some space to further develop the story. The same thing goes for the doctor as well. I said that he has an obsession with time, but didn't said why....leaving it to the imagination for now. When i said that the doctor gives life to metal, I meant it as a scientist...he's not from the same place as Liferheld.

© All rights reserved to: JCVD 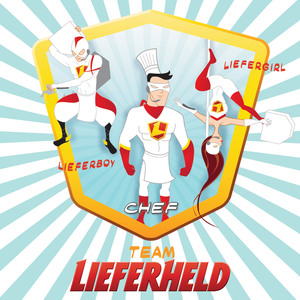 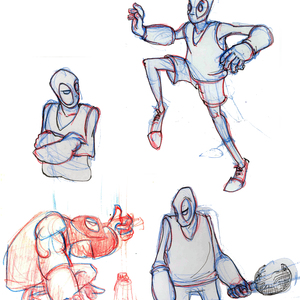 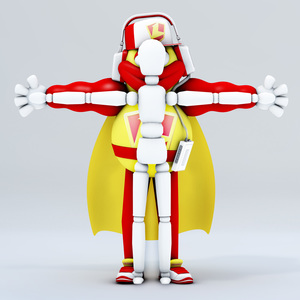 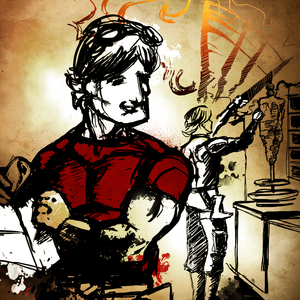