A murder �game� turns into a case of paranoia, when a young computer gamer specifies his aged and mentally confused father as victim-to-be of a contract killer.

The main idea here is, to give the reader fictional stories on a way, he is used to expect information.  You sit down comfortly, take a book and know: It has nothing to do with my life.  But what will happen, if I get the story on a typical information chanal? Of course Pascal knows, that he only had bought a story, but by reason af the telling-chanal he is forced to bring that in mind again and again. Of  course the described occassions are accidents, but Pascal would have other occassions dealt with the mails he got.

I chose here a criminal-story,  I can think this way too for love-stories and specially letter-novels. What had Werther made with the reader, if he had not been bound in a book, but the reader had got every day another mail?

Story
A contract killer for � 9.95? Pascal Schmidt downloads and installs the �game.� He specifies as victim his father who he loves but with whom life �was not always easy.� Upon registering Pascal receives an e-mail confirming his �contract� from an unnamed �partner,� followed by another, informing him that the victim is being observed. �The contract will be fulfilled in five days.�
The countdown begins.
The game remains fun until Pascal notices a strange car driving past his house without headlights. Then, on the second day, he has to pick his father up from the police station. The old man has forgotten his way home again and reports, this time, having been followed. Neither of these is unusual in itself, but when Pascal�s father describes the pursuer in exceptional detail, Pascal begins to get nervous.
The countdown continues: �Four days remaining till fulfilment of contract,� says the next SMS. Then on the third day Pascal is offered a murder weapon option: �Firearm.� He answers that he wishes to cancel the contract but his message just lands in his own inbox.
Of course the idea seems ridiculous to him: a contract killer for �9.95? But he is feeling uneasy. Then, when the next SMS informs him that the first murder attempt has failed, his uneasiness grows into paranoia, so that he even asks his father, whether he remembers being shot at yesterday. �Sure, yesterday� replies the old man, who can hardly differentiate between past and present, �Of course, in Russia.� When Pascal hears this, he seriously contemplates going to the police. On the fifth day a message comes with clear instructions: to organise an alibi for himself and �for your own safety, destroy all contract correspondence.�
Pascal spends that whole night with his father who greatly enjoys the unusual honour of his son�s undivided attention.
The last e-mail Pascal receives: �Dear customer, we hope you enjoyed the experience of being part of a murder plan. Why not test our other reality games at discount price.�

© All rights reserved to: Magician

wow - I am impressed with the quality of your writing! What a great story! English version would be great!

And I also like your concept - to have minimally personalized stories, which make you part of the experience, without actually having to decide or do too much...

(That's generally a problem with interactive types of stories I guess: the balance has to be right between letting readers enjoy passively and requiring them to take action... too much action with too little effect might be experienced as frustrating, but in your case, action is minimal and the effect is great! I think you have hit just the right spot)

Hi Texastee, thank you, yes, you're right, that was the problem in writing this story. Ich wanted mails, which say as nothing as possible, so that they were able to bring every charakter to thinking, but not to bore the reader. And I had to habe a close look to, that the mails are to write als text-blocks, where only names form the beginning formular are filled in. The reader should see ist, but not be bored. 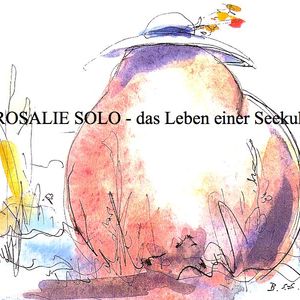 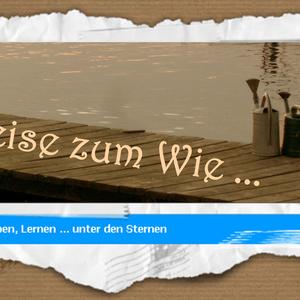