Future of BankingRead the BriefSee all IdeasCreatives
Follow the Leader
Viewing published ideas, sorted by popularity.
previousoverviewnext
What You Wish For
A bank employee wishes he lived in old times again and finds his wish granted.
1/5
12345
1/5

Kurt worked at a Deutsche Bank branch for decades. Many colleagues around him use more modern tools: video conferencing, online calendars to book meetings, and more.

Then one day, he contemplates how things were better in the good old days, and how he wishes he could go back. A Digital Leader takes pity on him and she decides to grant him his wish. She smiles, blinks her eyes, and --

Poof! He suddenly finds himself back in time in the early days of the Deutsche Bank. At first, he likes returning to this old setting.

But then he finds out things weren't so perfect as he had remembered them. He had forgotten a lot. Things worked rather inefficiently, with paper and dip pen, which he finds hard to write with, long hours, no air conditioning, and more.

He teaches the employees from the past something that is new to them, something not invented yet. And in so doing he learns for himself that new technology will not kill or transform him.

He finds himself despairing to return to 2016.

The Digital Leader walks by again, smiles, blinks her eyes, and --

Poof! He's glad to be back in his own time again. The Digital Leader smiles at him and winks.

He goes by the computer of other colleagues to see what digital tools they are using on their computer. The now is better than the past after all.

The poster should convey a bank employee dreaming of better times.

This is a "Genie in a bottle" idea: be careful what you wish for, because it might come true. A bank employee wishes things were like in the good old days. He has his wish granted and discovers things weren't as great as he'd remembered them, and he finds himself longing for modern times and digital tools.

I feel there is a universal truth to the idea that one should embrace new technology. People were afraid of new tech in the past too, and we can now see how that technology enhanced our lives. 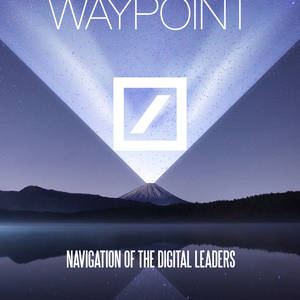 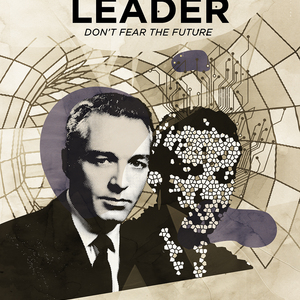 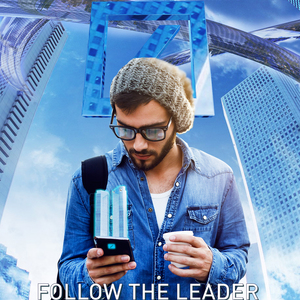 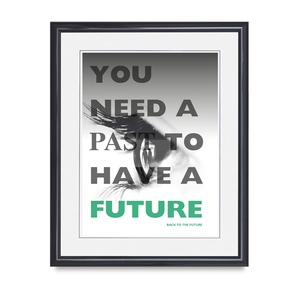