Today only few people use cash money for their everyday needs. My film script tells the story of Nicholas Parker - a 46 years old middle rank bank manager. He is very honest, hardworking and all of his colleagues like him. He is also a compassionate person who always manages to notice people in need and tries to help them. One day on his way to work he meets his colleague Hans Müller - the digital leader at his bank who uses the same underground line. While walking by a church they see a person in need lying helpless on the stairs. Willing to help, Nicholas opens his wallet but all that is inside are his 7 credit and debit cards. Being in a hurry Nicholas has to leave the poor man until Thursday morning when he and Hans Müller meet again all by chance. Surprisingly when they pass by the church the helpless man is still lying there. Determined to act this time Nicholas Parker starts to search his pockets for money. He however realizes he has no cash again. Suddenly Hans goes to the poor man who is quite far away from them. He squats and says something to him, that Nicholas can’t hear. When they meet at lunch time, Mr. Müller gives Hans Parker an envelope with a debit card. It turns out that the card is for Samuel Bauer - the man who Nicholas couldn't give alms to.

Digital alms is a short film about an everyday life situation. The plot is simple and describes a situation that is very possible to happen not only in the near future but nowadays too. Through a daily life event the role of the digital leader is highlighted even more because the digitalization is here and now. It isn’t in the indeterminate future nor is it part of a sci-fi film script.

The connection between the digital leader and the person on my poster is indirect but meaningful. My poster represents a person in need lying in front of a church in the streets of Berlin. Even though this man is an ordinary person that the digital leader meets accidentally on his way to work the bond between them is created because the digitalized world isn’t some alien world. It isn’t created to work against the people. It is created to work for the people regardless of their social background

Nicholas Parker is a middle rank bank manager. One day on his way to work he meets Hans Müller - the digital leader in his bank. While walking by a church they see a homeless man lying on the stairs helpless. Willing to help, Nicholas opens his wallet but all that is inside are his 7 credit and debit cards. He doesn't have any cash to help him. Hopefully the digital leader has a solution for him.

What makes them special is the connection between the digitalization and our everyday life. I wanted to write a script which makes the readers identify themselves with the characters.The digital leader is a normal person that faces normal everyday situations and somehow manages to find a way to build a bridge between the old conventional world and the new digitalized one. My script refers to the social aspect of the digitalized world, which however is a crucial part of our human being.

The photo on the first poster is my own work. For the second poster I used a stock photo : http://www.freepik.com/free-photo/homeless-man_532085.htm#term=homeless&page=1&position=15

© All rights reserved to: Yana 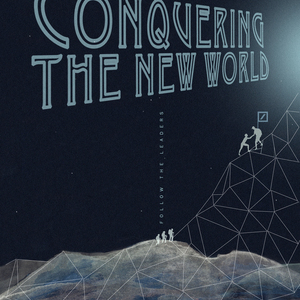 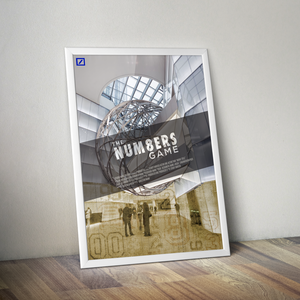 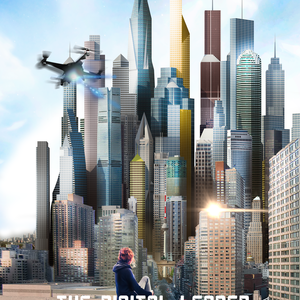 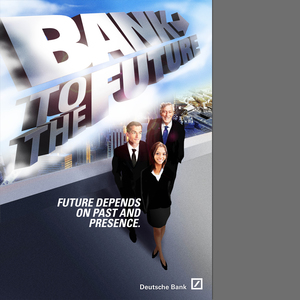