Easy mobile application for easy shopping! Please take a look at the slides, they explain everything! :)

© All rights reserved to: wildyracing

Veronica Fossaguide
over 4 years ago

Thanks for your project! Oh, how easy it would be to have this app that could save you a lot of time when grocery shopping! I guess it would prevent blockages in many supermarkets!

One visual suggestion in slide 2: as the steps (1-4) are already clear, try to make it even more readable and reduce the unnecessary text, which you can move to the description part.

Looking forwards to your updates!

Thanks a lot! I will do some improvements for sure!

Idea is updated, please have a check! Thanks :)

I see this idea more relevant in countries with big supermarket like the USA, how about the small chains, maybe you can try to think about another feature that will make the app more relevant to everyone no matter the size of the supermarket - and also for those wth no express checking out. I think you can still explore something in the coming days before the deadline. Keep it up!

Thanks for the feedback! :)

My idea is based on my European experience, generally for medium and large sized supermarkets, which are the most common in my country: Billa, Kaufland, Lidl, Metro, etc. As for the USA, honestly I don't know - I've never been there. But I think my idea will work well for most European countries, maybe USA too. Thanks for pointing that out!

Sometime ago, I went to buy some Cinnamon sticks and lost many hours in several supermarkets until I found them. Simple as that. This bad experience became the inspiration for my idea. If I had such an application, I would've checked beforehand and this would've saved me a lot of efforts in pointless walking around asking questions...

About the application usage in smaller supermarkets - I think that it will be very useful in checking the goods which are currently in stock, if not using the GPS navigation. Why browse aimlessly for something that is sold out, when you can easily check beforehand? Also, the supermarket itself, no matter if big or small, could use the same app to maintain its stocks in real time. To be viable from a commercial standpoint, I'm always looking for a solution which will benefit both the client and the company. I believe my idea will do good for both parties. :)

Nonetheless, I'm in process of updating my idea. Stay tuned and thanks again for your feedback!

Sounds great, keep it and I will be looking forward to your update soon then!

Great idea! I would like download this app! :-) I'm traveling a lot in the USA. i'm sure, there it would be very helpful. They 'va so many supermarkets which ou find in the other town with the same assortment... But also in Europe - here in Switzerland we have relatively small stores but anyhow: I search much and there lapse a lot of time. I'm sure, it would be helpful too, especially, if i'm in a store which i visit not weekly. Good luck! :-)

Thanks a lot, dear Karin! I believe it will be helpful in the smaller stores as well - why browse too much long time if you already made up your mind for buying something particular? :)

Olof Ekman
about 4 years ago

Solid idea that would add a lot of value to people! It's rather surprising that no supermarket offers this today, I remember pitching a similar concept 6 years ago while I was studying.

How could you take it further and make it a bit more futuristic? What would change within the next 5 years? How could those changes benefit/improve your app?

wildyracingowner
Olof Ekman
about 4 years ago

Hi Olof and thanks for the great feedback! I do believe that such an app is mandatory to modern supermarkets, that's why I proposed the idea in the first place. Great that you thought of something similar as well. :)

I will definitely work some more on the app. Right now, it all could be achieve with the current technology. Let's say, this app could be created and implemented right away. That was my initial goal - to create something futuristic, yet fully viable to modern technologies. I will think how to make the idea more futuristic, even if not 100% viable right now. We are speaking about the future, so a little futurism won't hurt. :)

Dear Wild racing,Good idea.We can select any shop and move around... To current technology, may be it can a walkthrough and also, it should skip people around...The consumer can Live talk with staff for any food selection or queries...The app can show staff roll numbers also to select them........ Thanks Mahe

wildyracingowner
Deleted User
about 4 years ago

Hi Mahe, thanks for the feedback! That is the concept, you got it right. Glad if you like it ;)

Oh, super idea! This application is MUST HAVE. No more searching in the supermarkets, no more queues, waiting and etc...

wildyracingowner
Mariya_
about 4 years ago

Thanks for the kind words, dear Mariya! Your support means a lot to me!

wildyracingowner
joyleen
about 4 years ago

good luck dear wildracing i like your idea about the application very much!

Thanks a lot, dear Sofia!

Thanks a lot, dear Pavlina!

Kah Khiong Lee
about 4 years ago

Very useful if the supermarket is a big area, like a big maze & i don't know where to find it! very good idea!

Thank you very much, Martin!

Definitely is a MUST HAVE!!! This helps us to save a lot of time when shopping food at supermarkets. Both, customers and supermarket employees will take big advantages from this app. Personally, when going to shop supplies I tend to be very distracted and confused, this may be a big help. Great idea and smart way of explain it. Wish you luck, Yuliyan.

wildyracingowner
Iván Santiago
about 4 years ago

Wow mate, thank you a lot for the great feedback and support! Wish you all the best!

Oleksandr Galeta
about 4 years ago

wildyracingowner
Oleksandr Galeta
about 4 years ago

Thanks a lot, Sasha!

Eva Wolkersdorfer
about 4 years ago

Sounds like a great concept, wishing you best of luck!

Thanks everyone for the support! I am really grateful! Wish you all the best!

wildyracingowner
Mariya_
about 4 years ago

wildyracingowner
joyleen
about 4 years ago

Big congrats, dear Yuliyan. You worked in a very clever and innovative idea. Happy you hit it. Well deserved, pal. All the best! =D

wildyracingowner
Iván Santiago
about 4 years ago

wildyracingowner
Deleted User
about 4 years ago 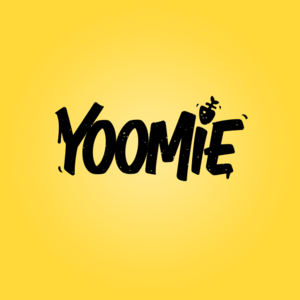 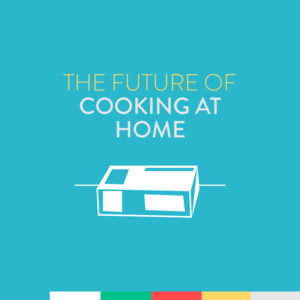 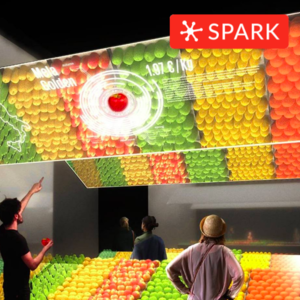