Read the BriefSee all IdeasCreatives
Garden Goes Balcony
Viewing published ideas, sorted by popularity.
previousoverviewnext
FuFu - Functional Furniture
Foldable and combinable furniture system got the advantage that one can modify and customize them for every situation that you need. That makes them multifunctionell for the balcony situation.

Update  51211: I uploaded some suggetions how i can take the design of the lounger to other elements typical elements of a balcony.
First I created a desk / footstool which can be combined in 3 ways.
After that i thought about a rack system which also is flexible in use. So one can f.e. special cover panels which allows you to get place for your plants or your guests ^^.
Furthermore I will concetrate just on the lounger but to have a uniform looking balcony I just wanted to think out of the box.

Update  51111:  I started to think about the whole balcony design. I'll take the rounded shape to create custom flower boxes- racks and a lightsystem.
I also take the smallest balcony to underline my spacesaving concept.

Update  51011:  I enhanced the function of this sunlounger system.
Now it can be folded one time more, so that you've got a cube with 50x50x40.
Furthermore one can create a chair by clapping it (an additional guide rail is added).
One of the 2 boxes can be used as a neck support. The other box is for the distanceholder and the fabric.
I totally got in mind how it would be technical realizable.  I would show it in the next update. Also 'bout the material one can use.

Update  5611:  Now its the point where i've to decide to keep the "hard shape" with the boxes (but more space consuming) or the elastic one which has much more efficent but less compatibility.

General: Often balconys and thier furnitures were just used in the summerseason. In winter the furnitures effloresce or take much place inside. Thats why i came to the idea to create a system which makes the furnitures foldable to make them more space-saving. Additionally one can combine the parts so that f.e. a sunlounge can transformed to a little desk with stools.
I don't delete older versions so you maybe can reconstruct my way of finding and enhance my idea.
USP:

© All rights reserved to: KoRnflakes 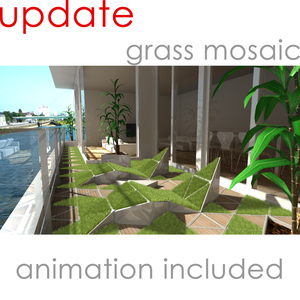 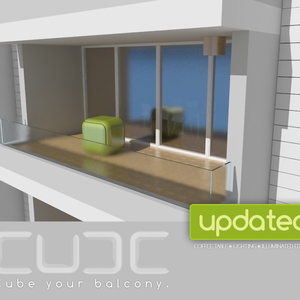 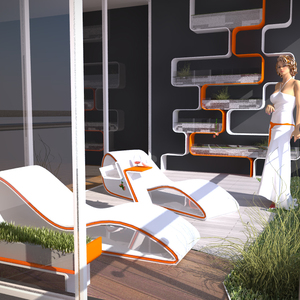 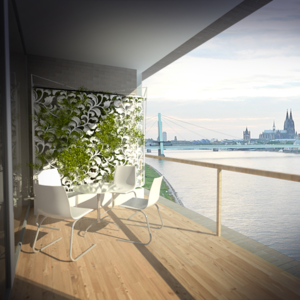