the cover in a half is the reflex from London buildings on the river, making the flag of England

© All rights reserved to: Willy

i'm missing a little bit the blue colour. could be integrated as water and sky. but now its really clear and goodlookng. i like it.

thanks for you comment, is my first in this site. i don't know about the blue, maybe will look charged, but thanks

looks interesting, but i think nano_cube is right about the blue, perhaps you can try to manage it anyway :)

i'll try with the blue

i love this one.. in my opinion the colors perfectly communicates "the country brand".. is my favorite! congrats

The rest of the idea is nice and clean. Good work and luck ! !

I really like this one. Very simple and clear. I agree that you should either put all letters in perspective or leave them all out. But I think you shouldn't mess with blue. And I don't think symmetry is boring, it's nice and relaxing. But I agree that buildings have detaild fuzzy edge, but you can easily solve it if you draw vector buildings. I don't know if it's just me or what, but I like to see England flag in this direction: http://www.aspexdesign.co.uk/flags/englandflag01.gif So I suggest you make the cover wider with reducing height. I have an idea of developing this further: You could make that reflection in river is not buildings but olympic competetors (athlets). What do you think?

mmm, it could be an option, thanks for you comment Balic

I like this one, but I believe the rower is sitting backwards in the boat. Could you flip him around?

I think you need very little change in this design. It is excellent. I have given it high marks because it is simple and captivating both. I love the fact that you have the flag "hinted" at but really this is not the flag... you just think it is! Love it! Changes suggested that I do agree with: 1. Rework the man a tiny bit. Not too much 2. Change font so perspective is all the same (keep that depth, it's nice) 3.The controversial "blue" issue, I think, might be able to be solved by adding a thin blue horizontal line for the water's edge, with a lighter blue band for the reflection of the band. I guess you could also try to make the reflection of the building light blue instead, but I think that will look bad. All the red on the white background is what hold this together. The only other place I see blue is alongside both edges of the red vertical band. Or, leave it alone and still have a wonderful piece.

thanks for all your comments, make me feel good

Visually is a good work, but I don't like the concept using the English flag, since in Olympics is not like football, they participate altogether as UK, not separated out as England, Wales, N. Ireland and Scotland.

I have to agree with you on that.

Same i Think the purpose of Dertour is promoting London,so i think the flag is an amazing idea..

Same, the city of olympics games is LONDON, and London is in ENGLAND that's all, but thanks for your comment

that's what I was trying to state. sometimes we try to "symbolise" a country, but in this case is not England, is UK. Slightly different, but they are so. like Scots will compete as UK citizens, but u can't never call them englishmen at all!

anyway, that was just a point.

Yeah, but London is London. It's like Berlin in Germany. Berlin is not Germany. And London is not England. The feeling of the town is for itself. There is no country behind when you hear London. And I would work on the skyline. You reflected it also vertically. It would be more sophisticated, when it wouldn't be. That way it's too easy for me. It looks wrong for me. But you still have time, dude.

butttttt. The olympics are not all in London. A lot of the games/venues are throughout England.

I read the whole UK on the homepage, so the focus is not on England alone. But anyway. Despite this, the design can be improved.

hahaha it became a geography discussion, but I think is relevant, since we're talking about concept idea. Again, GB is not the same as UK. UK is the political official one, being: England + Northe Ireland + Scotland and Wales. GB actually is about only the biggest (GREATest) british island, i.e., England, Wales and Scotland.

So it's not about England alone. And that's why the discussion was necessery.

i love these simple and great ideas.

One can't leave the platform a couple days coz then some buddies come with such kickass ideas.

Alexandru Cezar Manciu
over 9 years ago

You should put the second image first because of the little flaw in the first one.

Xavier Iturralde
over 9 years ago

Nice work with the reflection! Be careful with the red on the second image because it looks pale... Don't use blue, it's great just as it is. And I would get rid off that perspective on "London 2012". Good luck

The more I look at it the better it gets. The tyoe could have some more body. And a + for using the London flag. 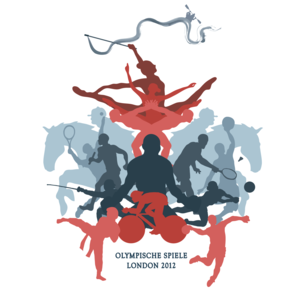 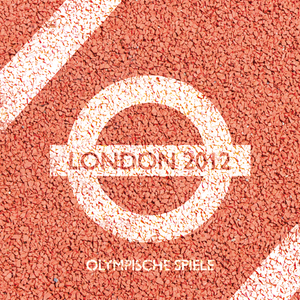 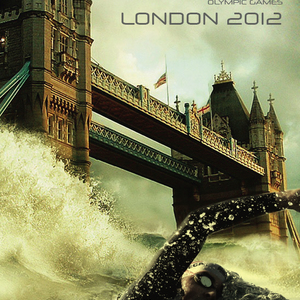 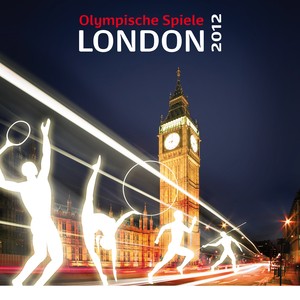