Read the BriefSee all IdeasCreatives
Energy [R]evolution: A Watershed Moment in India
Viewing published ideas, sorted by popularity.
previousoverviewnext
Sun Expansion Waterpump
A combination of a high quality suncollector with a new kind of stirlingmachine for a cheap price.

The core of the Sun Expantion Waterpump is a different kind of Stirling machine working with expansion and contraction in a partly open system.

A hexagon formed tent (45° to the sun) from black plastic sheets supported by a metal frameconstruction works as a strong suncollector. The air in the closed tent is expanding by the heat and presses the aluminium cylinder (on the top of the tent ) upwards. At the highest point a valve opens in the top of the cylinder and the hot air partly streams out.

At the same time the air-input-coolers (see details on picture) on the lowest point of the tent open up and cools the instreaming air. This cooling down of the air in the tent leads to a contraction and sucks the cylinder downwards. The valve on the top and air-input-coolers close again and the movement start from the beginning.  This up and downward movement is connected with a normal pistonpump and pumps about 2 liters of water by every up and down movement.

This whole Sun Expension Waterpump system costs about $ 500  in big quantities and is almost transportable like a normal tent.

© All rights reserved to: Coen 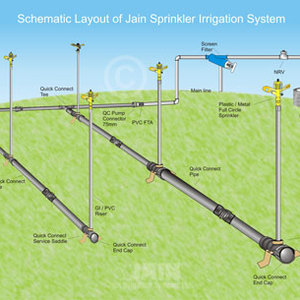 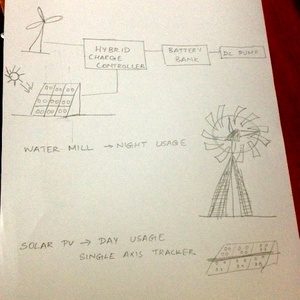 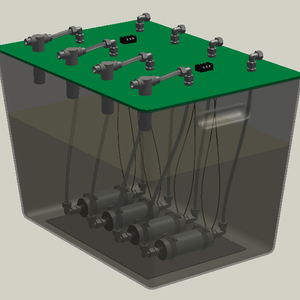