Read the BriefSee all IdeasCreatives
Energy [R]evolution: A Watershed Moment in India
Viewing published ideas, sorted by popularity.
previousoverviewnext
Hydraulic Ram
It consists of a simple system of tubes, two valves and a tank. It doesn’t need a motor, diesel, etc

Invented in the year 1796, a hydraulic ram, is a cyclic water pump powered by hydropower. It takes in water at one "hydraulic head" (pressure) and flow rate, and outputs water at a higher hydraulic head and lower flow rate. The device uses the water hammer effect to develop pressure that allows a portion of the input water that powers the pump to be lifted to a point higher than where the water originally started. The hydraulic ram is sometimes used in remote areas, where there is both a source of low-head hydropower and a need for pumping water to a destination higher in elevation than the source. In this situation, the ram is often useful, since it requires no outside source of power other than the kinetic energy of flowing water. Its efficiency is between 70% and 80%.

The following video explains how it works (note: the design is different but the process is the same):

© All rights reserved to: joaquinguisoni 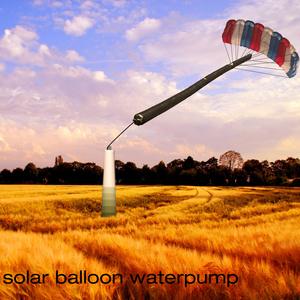 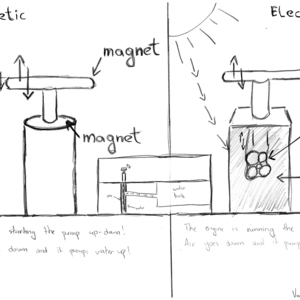 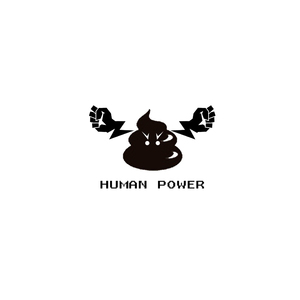 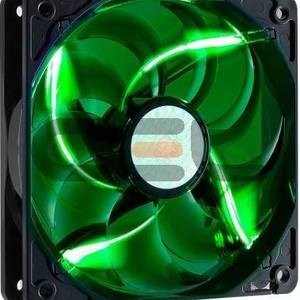