Chulhas are present in every household of Indian villages for cooking purpose. The fire burnt in these chulhas using solidified cowdung (biomass fuel) can be utilized to produce electricity and run a simple reciprocating pump. Thermoelectric generators (TEGs) can be used to convert this heat energy to electrical energy.

Two 100W thermoelectric generators are kept on the top of a smokeless chulha (fireplace) connected in series with each other. One side of each thermoelectric generator is water cooled to produce maximum temperature difference. The electricity generated from the 2 TEGs is used to power a high torque dc motor which would further drive a simple reciprocating pump.

Two 100W/48V Hot Plate to Liquid Type Thermoelectric Generators can be used for this purpose. If the hot plate is heated up to 500K, it can generate 100W power with output voltage of 48V.

Unlike a solar panel rated at 100-200W which is effective only for about 4-5 hours of  peak sunlight during a day, thermoelectric generators can produce same output for 24 hours provided the temperature difference remains high enough. Also these are smaller in size and lighter in weight and hence very much portable. So no problem of theft arises. Also resources like smokeless chulhas and cowdung is easily available in every Indian village. The cost of generators and pump is given below -

Hence, the whole system proves to be cheaper, portable and easily available. 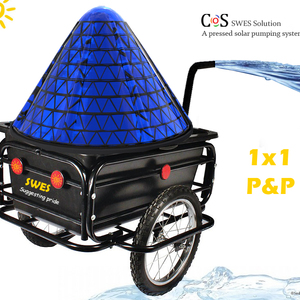 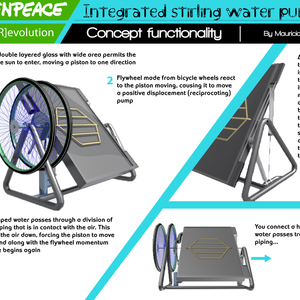 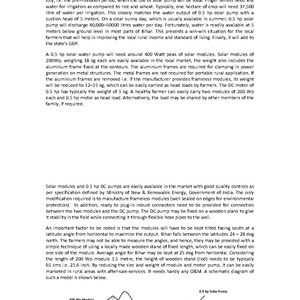 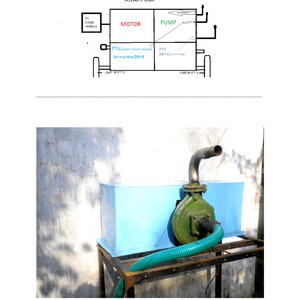