Read the BriefSee all IdeasCreatives
Energy [R]evolution: A Watershed Moment in India
Viewing published ideas, sorted by popularity.
previousoverviewnext
Use of Bio-gas/Bio-diesel & Low Cost Fuel Cell to drive pumps in Bihar Farms
My idea works on bio-diesel/Bio-Gas as input & is very clean and cheap technology

My idea to generate electricity for pumps in farms is to use fuel cells. There is fuel cell available which generates 25kw electricity and has biodiesel, natural gas, biogas or diesel as its input as shown in fig.1.

Farmer can have biogas plant in their farm which could generate biogas (natural gas) which contained methane and these can be supplied to the fuel cell as input. The electricity generated from the cell can be used to drive the motor to pump the water in the farms even at depth greater than 5 meters.

For Bihar farmers this solution can be a good option as it is cost-effective, robust and portable.

This fuel cell provides safe, efficient, reliable, uninterrupted power, on–site and optionally off the grid, at a price competitive with current energy sources.

The Cube, as the device has been nicknamed, is about 1 m3 and under 1000 lbs and can be located in a variety of locations.

It can generate power from a variety of fuel sources, including propane, gasoline, biofuel and hydrogen. The system is a highly efficient, clean technology, emitting negligible pollutants and much less carbon dioxide than conventional energy sources. It uses fuel far more efficiently than an internal combustion engine, and can run at an 80 percent efficiency when used to provide both heat and power.

Using different-sized fuel cell stacks, the company can offer The Cube at 5 kW, to provide always-on electricity for an average American home, or up to 80 kW in one system. Cubes can also be combined to provide even more power in a modular fashion.

Inside The Cube are stacks of small, ten-centimetre-square, millimetre-thick, solid oxide fuel cells. Like a battery, it has a cathode, an anode and an electrolyte, but the comparison ends there. Fuel cells don’t store electricity, rather, they create it, and they do so chemically, pulling oxygen ions from the air and conducting them through the cell, where they meet and oxidize the fuel on the other side, creating electricity. The materials of the cells are critical. Design is shown in the figure.

Conventional solid oxide fuel cells operate as high as 950 degrees Celsius to run effectively. At this high temperature, the system can’t be easily turned on and off, performance degrades, and the balance of the system requires expensive, high-temperature alloys that drive up prices.

This fuel cell decreased the operating temperature of solid oxide fuel cells to 650 degrees Celsius, with future reductions likely to 300 degrees. At these lower temperatures, the system can turn on much more rapidly, operate with greater reliability.

Capability: This system is as efficient as the diesel pumps. Even the excess electricity can be used for many other purposes.

Viability: Design has broad applicability and farmer can use it easily. Pump can easily irrigate 1 hectare area.

Portability: This can be used at different wells and is portable.

Feasibility: The operating model of the system is still to be developed. Biogas plants can be operated easily but to connect it with fuel cell I need to establish a system and try upon it.

Cost: The cost part of biogas plant can be obtained but fuel cell price will be known in upcoming months, very soon.

© All rights reserved to: neel1991xyz 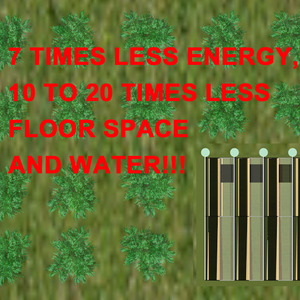 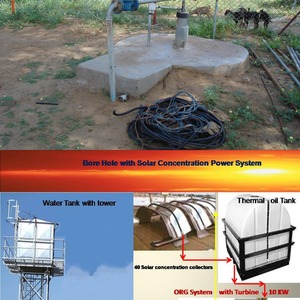 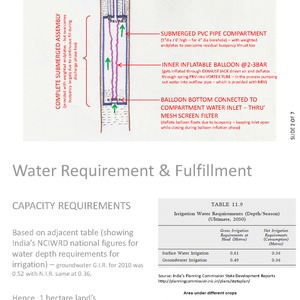 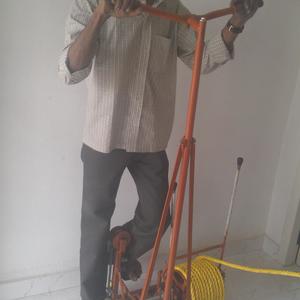