Read the BriefSee all IdeasCreatives
Energy [R]evolution: A Watershed Moment in India
Viewing published ideas, sorted by popularity.
previousoverviewnext
The Turtle - a hybrid solution
Our design consists of a sun powered stirling engine, arranged in tandem with a battery

What a remarkable project! We were so amazed by the response and the ingenuity of every participant! By the way "WE" are Anna and David. We're living in germany and studying mechanical engineering. Thanks to everyone at Jovoto and Greenpeace and anyone who cared enough to give us feedback.

Annotations:
page 1
Introducing
The Turtle - a hybrid solution
With great pleasure we'd like to present to you our contribution. It consist of a sun powered stirling engine combined with a magnetic inductor to generate electricity. Whenever the Power of the sun decreases, a Battery takes over, thus evening out the performance lows and procuring a steady flow. The transition between the battery and the heat of the sun is what makes our design very performant and elegant.
We put a lot of thought in finding a solutions that would not impede the current work methods of the farmer, hence be comparable to a standard diesel pump in terms of handling. Mobility was an important factor, but also ergonomics and reliability. We'd always choose a mechanical  over an electric solution to keep the design clear and transparent.
You might be wondering about the name :) Well.. the shape of the design reminded us of a turtle on its back, which seemed fitting since the turtle's natural habitat is the see...  arguably only dead turtles lie on their backs, but we didn't discuss it further and it stuck.
page 2
The parabolic Dish
Parabolic dishes are an easy and effective way of concentrating sunrays to create heat.
The difficulty however is the adustement to the moving sun and the choice of material. It would be unreasonable to expect anyone to sit beside the device and adjust it every couple of minutes, which is why we came up with the idea to use a cardan suspension. Connected to it is a solar cross, as depicted on the left. The minute one diode is less illuminated then the others it sends a signal to the suspension which then shifts to a position that ensures optimal alignement  to the sunrays.
sunrays to create heat.
The parabole itself consists of a mirror coated composite fibre in a bio-degradeable matrix. Both are cheap, easily accessible and very resistent to thermal, environmental or brute force. In addition it is light thus easy to transport, even with its expected diameter of 1 meter. We thought of ways to reduce its size, but did not want to do so at the expense of its stability or performance.
page 3
The Sterling Engine


The heart of our design consists of the stirling engine. Dimensioning it turned out be more difficult then we initially anticipated. Since it is analytically next to impossible to make accurate statements about the performance of a stirling engine, we went on from where others left and chose a design that had proven its worth. We chose to go with an α-Typ in V-Form, which promises great performance and stability for the size we aimed at. With a diameter of 80mm for each cylinder we expect the engine to generate about 500 W which would be more than sufficient to lift water from a depth of 8 meters at a decent Speed. Considering the depth with took cavitational effects into account and came up with a volumetric flow of 2L/s.
The summoned heat is conducted down to the expansion cylinder thus heating the working fluid. We'd use the waterflow to cool the working fluid forcably, which would lead to a significant increase in efficiency, compared to conventional solutions which tipically use a simple free-convectional radiator to cool the fluid. The compression "cold" cylinder is equiped with a magnetic inductor transforming the translational motion of the piston, itself being a magnet, into electric energy and thus charging a battery.

page 4
purchasable options
Designing the turtle we firstly wanted to improve the lifes of third world farmers. We quickly understood that no renewable energy source will ever be as effectiv and performant as internal combustion engines and that we needed something to compensate this downside. Considering that in the third world enviromentalism is still a luxury and not a necessity, we put a lot of effort in thinking of ways to reach the crofters on a personal level. Meaning: The turtle ought to be a companion for life, not just for work. Therefore we tought of some purchasable options to upgrade the Turtle.
purchasable options:
1. Fireproof Sheet
As the suns radiation procures a rather discontinious energyflow, due to variable atmospheric conditions, it has always been a great challenge to administer it evenly across a the day.  A Design that would only work under certain conditions, in a certain period of time, in a certain region would not be sufficient. The first step to bridge a brief shortage of sunlight is to use the stored electricity of the battery; long term that won't suffice either. Suppose it has been cloudy and cold for a week. With a fireproof sheet layed out in the parabolic dish the farmers could make a fire and thus power the engine to either generate electricity or pump water, whilst cooking or simply warming themselves.
2. LED Tree
We were shocked to find out about the complete absence of an electricity network in Bihar. Living in Germany we just can not imagine life to cease after sunset. We're convinced that a couple of hours of light in the evening can make the difference for their productivity. I'm looking at the time and its 1 a.m. and we are still bouncing ideas of our heads, which would be half as much fun, if we couldn't see each other.
3. Additional Akkumulators
Furthermore it should be possible to purchase additional akkumulators for energy storage. The batteries should be of simple design, similar to a car battery.
© All rights reserved to: annapiamaria 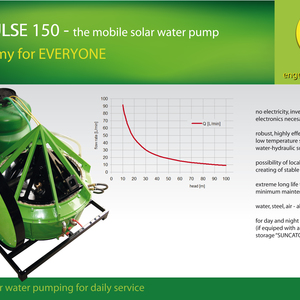 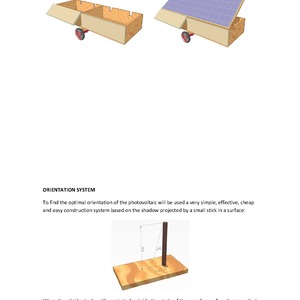 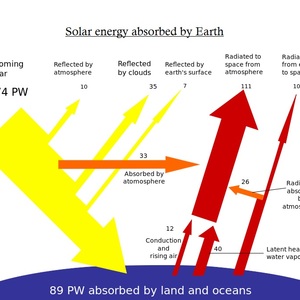 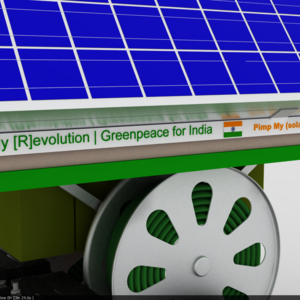