Most important component: persons. Citizens are main actors.  Every banking operation can be seen as a brief performance in which the actor-client  succeeds. Happy end.

Maybe the staf will offer their clients an applause one time a day. Ha,ha,ha!

Minimum cost, maximum benefit. Participative campaing in which people are central. Can be built both, in physical spaces and also in the social networks. Interactive. Cost is close to zero.

Good for me, Good for Berlin

Good for you, Good for Berlin

“Celebrities” can be invited to produce their own “selfie”. “Normal” people will appear in the campaing at the same level of “celebrities”. This would add some points but could imply not necesary extra cost.

Individuals show quality of life in "selfies" while Berliner Sparkasse becomes a theatre-gallery. Sparkasse "lends" space for expression, cityzens show their works to a numerous audience.

People that deal with the bank to obtain products for a better quality of life and potential clients. The idea is to change the center of attention when you think of bank operations. Think about how you would improve your quality of life instead of focusing your attention in "money".

People that participate in the campaign will be thinking in Berliner Sparkasse every time they take a telephone photo. Millions of times. They will think again when they upload the "selfies". And once more when they see their own large formats photos in public spaces and also in the Sparkasse network points. A numerous audience will see their fellow citizens expressions so they might feel closer to Sparkasse.

Everyone. No one can't miss it.

It is a very low budget.

© All rights reserved to: luisvicente

Gila von Meissner
over 6 years ago

For me, this is still too much of an advertising campaign still. How does it actually improve life? Why would I just "lend" my face for a campaign?

Jesko Stoetzer
over 6 years ago

thanks a lot for your submission!

• I think your idea looks very aesthetic – the red curtains are indeed very cool. This would be a great campaign actually.

• So I have to agree that this is still close to classic advertising, but I think you could emphasise the part that is "Good for Berlin".

• Is it just about selfies? What about adding more meaningful content? What could poeple tell there and how?

omma
over 6 years ago 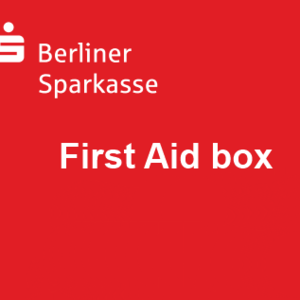 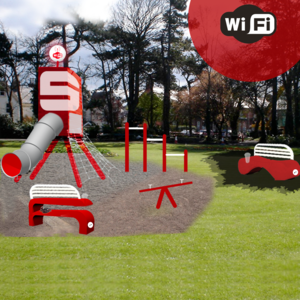 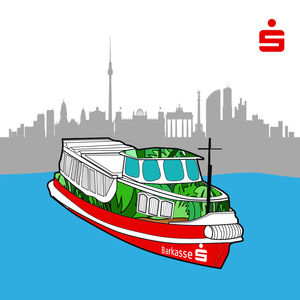 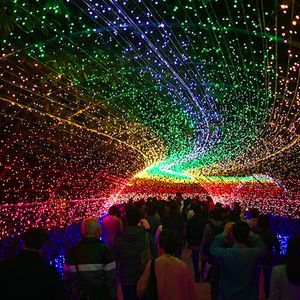