This is a rather divergent idea focused on achieving Water Use Reduction (The third contest category).


By agreeing to follow vegetarian life styles, the residents of these buildings would systemically reduce their personal water use. In keeping with the meat-free theme, the facility's cafeteria(s) and vending machines would offer only veggie options with each meal labeled with an estimate of the water used to prepare it. For additional educational and ego-stroking purposes, there would be a sign at the building entrance constantly keeping track of the estimated water saved by the residents directly due to not eating meat (see facts above).

An additional idea would have the residents of these building free to self select and be on floors with others sharing their general beliefs on the subject. For example, vegans might be on the top floor, the middle floors eat cheese, and the bottom floors have pets. Addressing the issue of controls, they would self regulate. The different floors could compete against each other to see which could save the most water by eliminating animal based food and clothing products.  This floor against  floor (or building against building) could also become a mechanism for providing education and support of water conserving living practices.

Note that this idea, and the basic no-meat concept is based upon the rather regretful characteristic of the human species that most tend to prefer the company (and actually copy) people that are most like them. (see the latest wired magazine article on "Swarming" - page 54). Some refer to it as peer pressure, but these buildings would represent embodiment of peer support.

There might even be a smart phone "app" that could tell each resident how much water they saved by what they just ate. Bluetooth connection between their PDA's and the building would keep the sign over the entrance accurate.

This idea is very straightforward and can be implemented in both new and existing buildings with little cost. In fat, the amount of media coverage of this radical approach might create unique appeal to the desired residents. Note that I am aware that India has vegetarian-only buildings, but this proposal adapts the idea for environmental, rather than religious reasons.

I recognize that this is a rather radical idea based upon lifestyle changes, but the contest seems to need some breakout ideas. And the concept can be easily implement within the 5 to 10 year time frame of the contest. 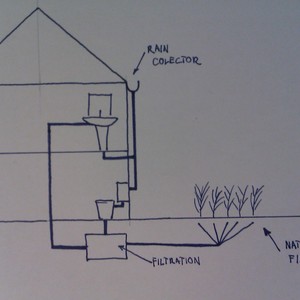 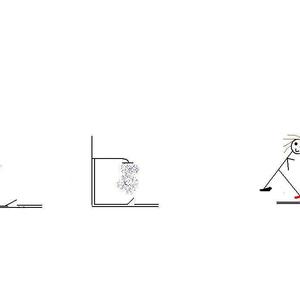 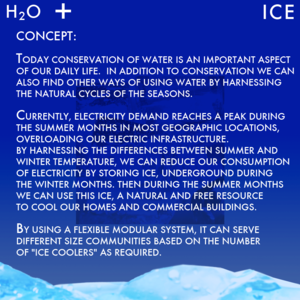