Read the BriefSee all IdeasCreatives
H2Overhaul
Viewing published ideas, sorted by popularity.
previousoverviewnext
Personal Water Use Smart Phone App
This is a smartphone "waterfootprint" App that falls under the Water Use Reduction category.

A key toward achieving true, long term water conservation involves improved user education. In this light, Treehuggers would team up with Waterfootprint.org, architects and building owners to finance the creation of a rather-simple smartphone "app" which would monitor how much water the smartphone's owner is using. This app could even provide advise on ways that the user might better reduce their water consumption, their waterfootprint.  Most importantly, this concept could be implemented  almost immediately without changing any fixtures or plumbing in new or existing buildings! (see alternative below) When coupled with existing water-saving technologies, the personal waterfootprint app would provide major inroads to efficient water use,

Smartphones and PDA's are constantly with us and therefore can act as an effective personal counter whenever it �hears� water running.  During the rollout of this app, the owners of buildings could provide all their residents with special versions of the downloaded app which have been tweaked to reflect the particular fixtures in their facility. It is not too far of a stretch to imagine that the building could Bluetooth the appropriate acoustic signatures and water consumption figures of the installed fixtures to the iPhones and Droids of anyone in the bathroom. Alternatively, the user scans the sign to obtain the relevant data (see video). Using this approach to uploading data to the phones, no modifications are needed to the fixtures, just some work with a microphone to create the acoustic signature.

In operation, if you wash your hands, gallons are counted by the app. Take a shower, gallons corresponding to the time water was running are added to the count. Flush and your usage number goes up. (Might want to turn off the app if you are standing next to Niagara Falls.) The next generation of this app could go so far as suggest or remind you of things like: �Your shower is going awfully long this morning, and besides you are going to be late for work!�or �Wow... you are using more and more water these days washing your hands, should I call your therapist to see if this is onset OCD?� Your phone might even yell into the shower to remind you to �turn the water off when you are lathering up�, or �Scientific research shows that it is okay to pee in the shower to save water..... I promise not to text your mother�

When new water-saving ideas, technologies, and products come to market- and are certified to be in keeping with the Blue Building Standards (shameless plug for the previous team idea)- the phone would notify the owner by sending a message or flashing on the applicable website for the new device.  No need to go searching, your smartphone knows you are interested in saving water and bring it to you.

With this app, the environmentally-conscious user would have the information in the palms of their hands to constantly monitor their usage and also be informed of new approaches to saving water. A Bluetooth connection between their PDA's and those of their friends would create bragging rights within the group of friends. And, at the end of the day, let's upload how well everyone is doing at saving water to their Facebook page.

This product is not for everyone since there is still limited smartphone coverage. However, if you look at the data, Americans use way too much water when compared to the rest of the world... more than twice the world average. So let's start at home to educate the users.

Interestingly, other data points to a strong correlation between smart phone ownership around the world and per capita water use (see attached map). It appears that global regions with high smartphone ownership also like to use water. This correlation seems to show that this product is targeting the "right" audience.

Alternatively to the acoustic signature approach described above, this smartphone app can also be used to pick up signals from meters such as Irena proposed in her submission. In this case, new and existing supply lines would be fitted with non-invasive ultrasonic, volumetric flow detectors equipped with Boothtooth connectivity.. Water flow is sensed by the meter and sent to the app where your water footprint reading is updated.

An app like this might cost approximately US$75,000 to code and debug.   Sell the app for $1.00 and breakeven market penetration is 0.03% of the American general population.... or about 1% of the smartphone owners .

Give the app away for free and investment is recouped in water savings would be realized in around 3 months. Of course, this analysis does not account for the value of good will and publicity garnered by the sponsors.

Although this brief description may seem pretty comprehensive, there are a few key ideas that I have intentionally left out to avoid it being ripped off without fair compensation. But rather than fight that fight, I would be very interested in teaming up with anyone capable of writing smartphone apps to turn this idea into an actual, downloadable (profitable?) product. Don't know, don't really care, how such an offer corresponds to the terms and conditions of this contest. :-)

Thanks for your time,

© All rights reserved to: gizmotech 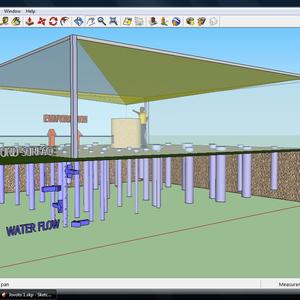 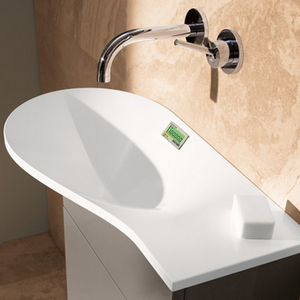 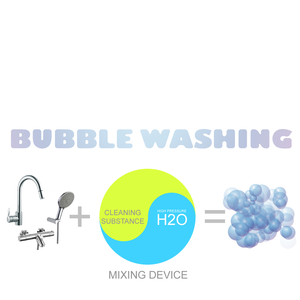 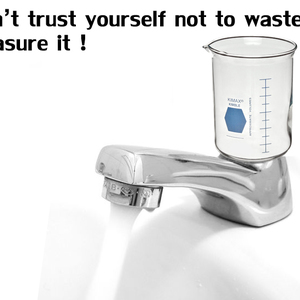