The Rainflower derives it's name and shape from the Zephyranthes flowers commonly known as rainlilies or rainflowers which bloom after a rainfall. This design is meant to show that conserving water can be practical as well as a form of art.
Location:
The Rainflower can be placed as part of a commercial landscape ( next to walkways and parking lots) or an educational sports area like playing fields. It provides shelter from the rain as it collects water. Collected water is filtered then stored in an internal storage tank where it is initually used as water for a sink. The resulting grey water is captured in a lower sink to be used for landscape watering.

How it works:
The Rainflower has a solar panel that charges an internal 12VDC battery. When it begins to rain, the curved surface of the solar panel directs the rain to a small porous cup which has a floatswitch. As soon as the water level reaches the floatswitch it triggers an acctuator which extends and lifts up a ring that has a total of 12 Poly Ethylene petals attached to it. As the ring rises, the PE petals open up to maximize the surface area that can capture rain.

Once the rain stops, the small porous cup is no longer getting the flow of water to top it off, so it loses water which triggers the floatswitch a second time to lower the support ring and close the petals.

In the meantime, the captured water passes through a layer of sand and gravel to capture particles and goes to a storage tank. There are two built-in sinks ( 100cm height for adults and 70cm height for children) that allow for water to be used for washing and cleaning. The used water drains into a lower storage tank where it can be used for landscape watering.

Construction:
The unit is constructed of rotomoulded plastics to ensure that it doesn't become a lightning strike hazard.
The woven Poly Ethylene petals are heat formed with ridges to increase rigidity.

Confession:
Initially I wanted to have a fully self-contained  system and envisioned it being fully operated with Hydrogel.... a material that expands with moisture. I've even seen a video where hydrogel has been laminated to other substrates to create a caterpillar that walks with humidity and drying..... but this is not something that will likely happen in the 5-10 years stated in the outline.... so I have been forced to resort to the solar panel and rechargeable battery....
:-(

© All rights reserved to: sayeh 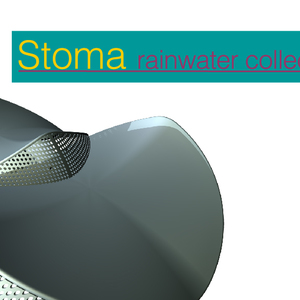 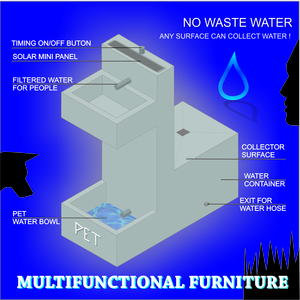 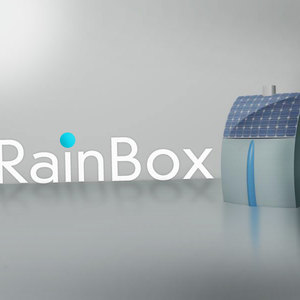