Most people are now used to shopping for various things ranging from gadgets to groceries online. Deliveries to the homes by delivery vans or men have also become normal because it is more convenient. However, due busy schedules or some unplanned circumstances, some clients might not available at home when the delivery truck or man arrives.

In such an advanced age, customers do not need to worry about their groceries after buying them , neither do they need to be at home to receive them. Their groceries can happily wait for them instead while they go about their daily activities.

The IceCube is a trackable and environment friendly box made of recyclable plastic. It has a cooling compartment that can keep your groceries fresh for up to 12 hours. It also comes has a smart lock that can be only be unlocked by the customer through his/her smartphone. Clients can order their groceries to be delivered to their homes in an IceCube if they won't be available when the delivery arrives.

The IceCube is trackable so it can be seen by both the client and the staff of Miele. It is also securely locked by a pin that is automatically and randomly generated. This pin is known only to the client to which that IceCube is assigned to. It is also robust yet light to carry around.

An IceCube waiting for its client at home while he/she is away. The client can track the location of the groceries through the app on their smart phone. After use, the IceCube is returned by the client to the nearest IceCube drop-off zone for pick up by Miele trucks/vans.

The IceCube can be unlocked anytime by the user through his/her smartphone to access the groceries. The IceCube is spacious and very light weight so it can be easily moved/carried by the user. It can keep your groceries cool for up to 12 hours.

The flow of the product from the company, to the consumer and back.

© All rights reserved to: SAMUEL AKWASI

Hi Samuel, Welcome to Jovoto. Good start. Waiting for details. There are many ideas with the same concept.. So try to be different. Good luck :)

SAMUEL AKWASI AGYEMANGowner
over 2 years ago

I just checked and realized my idea is very similar to the Cool Basket. I will re-iterate my idea and repost again.

What makes your Idea different is the fact that it's recyclable plastic, that makes me think it could be something to be used like a crate for bottles etc. This would mean the box itself is 50% of the deal, the other 50% lies in logistics management: How do I return my box, does it get picket up, are there trucks making rounds... But generally, that's where the difference is in your Idea, it is not a little fridge, it could even be a bit more low tech and have the general 'vibe' of a (multi)functional mobile logistics system that people could really get used to and that could be universal and unilateral.

One thing I think about is safety: Generally, a solid, hard box containing some measure of cooling and made from sturdy ABS (if you ever stepped on a piece of Lego, you respect that stuff!) in front of my door actually sounds fine, but if someone stole my box and smashed it with a sledge hammer in the nearest backyard - hm. Possible, no? There are tags in clothing stores that spoil garments with nasty paints when you try to break them off, there are ATM machines that will use a similar technique to render all the money unuseable if anyone tries to break in, cars have alarm systems - do you think there's a low cost, simple but genious anti-theft funtion you could use here? Sheer vandalism of course is something any all of our Ideas could be subjected to, but the same goes for gardens, cars, windows, mailboxes in general, so focus on making theft really unattractive!

Thank you for joining!

Hello, the visual part of your idea is really nice, I love the minimal look of it. Looking forward for the updates. Good Luck 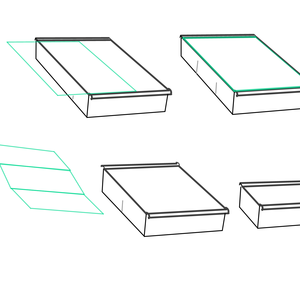 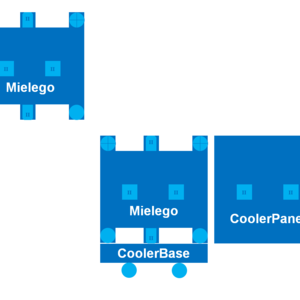 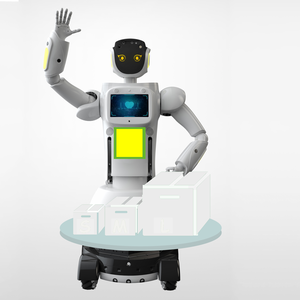 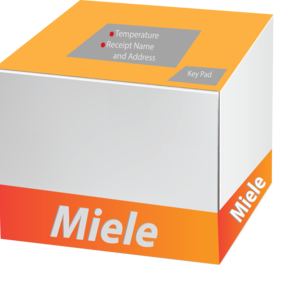