The time for the courier that with his refrigerator-van brings to your home the product is now at the end. too much waste of time, human employee and it is not very efficient. But above all: if you are not at home what happens?

We need a "flexible" fridge. That gives you the product WHEREVER you are, not just at home. A smart drone-refrigerator free as much as possible by a human operator, a fridge that can also be with you, for the time you need and then let it go to another user, like the car-sharing. We need a fridge that is more than a fridge.

The future of deliveries are drones. Amazon knows it, and other big companies already use them. The added value is that they use the gps of your phone to locate you. Everywhere. But there's more. like car-sharing I created a drone-fridge that is "rented" for the time you need, that integrates with your car or bicycle, then let it go to the nearest user who requires it.

The problem is that nowadays we can be anywhere. We are home less and less time and we have no time to wait for the van that delivers the product.

Bravo has 2 points of recharge and refueling product. If in your city there is a Miele point ... good for you! Otherwise the Miele-van will move in a day to all the countries that request it, releasing and collecting the Bravo drones.

Bravo is flexible, intelligent, with the gps, with the lid that is a solar panel, and then it can be expanded to increase the capacity.

different situations of use .... always the same BRAVO!

Interesting visuals, I am looking forward to see more details.

Very interesting project, I like the concept of sharing but at the same time I am very sceptical towards it, I just think that we as humanity are very bad at sharing and that within seven years we are not going to get better, but with a good system it my work- we won't know until we try- so I appreciate the bravery for using the idea of shareable devices/properties. The visuals aspects of the Bravo are very nice, I like the expanding ability and it's minimal design. The solar panel on top of it is a very nice touch, what if using that solar panel can be enough so it doesn't have to go to Miele point or Miele van ever?

Another thing, You have mentioned it as a drone but you didn't show us in any of the slides, what drones do, they fly and I would recommend you do show it. I know that some people call robot vacuum cleaners as drone vacuum cleaners but they are robots as drone is used for those that fly, hence it's name. Your proposition is more of a robot car/fridge than a drone, unless you show it to us in the action.

Also, 5th slide just takes too much time to go through and is quite complicated, I would recommend revising and shortening the text- making an infographic would be very nice and not boring to go through.

And one last thing, It might be only me, but I don't understand the sharing between robot part- drone and actual fridge on the drone- I think this part can be more devised.

All the best, Fatima

Hi Tommaso, Good idea, But I have one point.. I do not know the future policies of Miele, but I do not think they will turn into a delivery company. They may produce your device, but will they roam among the suppliers to pick up Sara's goods and then send them through the company's fleet of vans to Sara at home? Good luck :)

Welcome to this COOL challenge! I like the flexibility and adaptability of your solution, to different situations and user cases. Well done! I have a few questions as well: If it is a drone, then when does it fly and when does it need to use the wheels? Regarding the wheels, apparently the Bravo moves alone on the streets a lot; wouldn't people stumble upon it and break it or bruise themselves?

And, yes, it is not yet visible only from your images that Bravo is a drone. ;)

Three days left and I have some questions for you: Who do you see potential partners for Miele with your solution? Do you envision Miele to own all hardware and rent it out? Or, do you envision Miele to sell the components to potential partners in the supply chain (i.e. Amazon, supermarkets, etc.)? Who pays for the service? The retailer? The user? 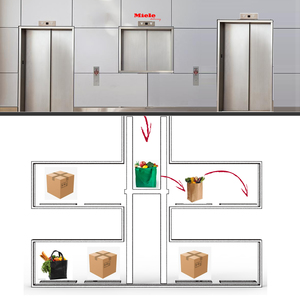 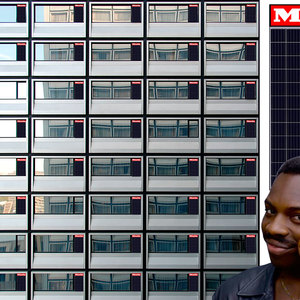 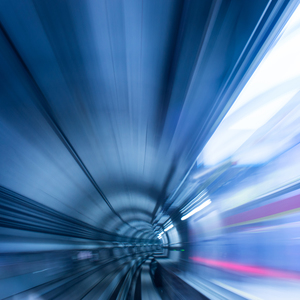 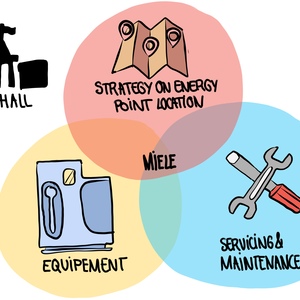