Other (Applicable to mass population)

In the future, all of the infrastructure will be merged.

Hand delivery tend to be slow and inefficient. We belive even systems such as drones and robotics are not good approach for mass delivery as it would be hard for development and not good for environment of cities. Just imagine thousands of drones flying over cities.

Ways of transport will evolve from ones we are used to have nowadays.

Instead of trying to upgrade inefficient existing delivery systems, we are making new system.

New urban infrastructure for delivery will be best approach to efficient system of mass delivery.

Imagine to have a tunnel system (cold pressured air), like infrastructures of cities (electricity, heating, telecom., etc.), that will deliver cold products to a specific place. Our idea is to have pickup stations in main areas of cities that will be linked with a tube system. It will be easy to send products for delivery from the starting point, while customers would pick them up on pickup stations (home, etc.). Orders would be placed through an app, and customers would be charged online.

We believe that even old tubes,that are not being used at the moment in big cities, can be replaced with cold tubes for delivery. Underground infrastructure have a big potential for sustainable applicability in cities. Current (slow/risky) hand delivery can be faster, safer, optimized and automated.

Customers would get a special code to their phone,once the payment have been processed. They will take the delivery by placing the code on the pickup station(home,etc.) Pickup stations will have underground storage implemented in the tube system, that will keep delivery cold for customer to pick up.

Imagine how society viewed first trams and metros. These tubes are to transform the food transport/delivery in the same way trams transformed cities in the last century. The system will be fast, completely digitalised and automatised.

Each station can be designed and become urban pavilion.

In the first stage stations will be placed on most active areas in the city. Later, it will become a network spreaded throughout Cities.

Homes, Factories, Restaurants, etc. all can be attached to this network and form a connected structure of direct delivery system.

How we vision approach to network. Sim1. Imagine if you are late for date, you can order cold vine, pick it up on closest station, date is saved. Sim2. Direct to home order of ingidient for lunch in less than 10 minutes. Sim3. The cheff at restaurant can order ingedients directly to kitchen.

© All rights reserved to: Dragos, MKAA

Going on the grid of such scale might not be the best option, I am thinking how we are trying to get off the grid such as with electricity- so I don't really think building or rebuilding this tube system for cold delivery is very appealing. I might be wrong tho :)

MKAAcollaborator
Fatima Sinanovic
over 2 years ago

Hi Fatima, thank you for feedback. Firstly observation on infrastructure can be viewed from meny angles, since there are even more types of infrastructure. Your exaple on electricity power grid have its own advantages and disadvantages. One of them is that its spreaded over natural ambient, type of this grid is much easier to implement for power grid by current technology and economy that dictates. There are many technologies such our type of grid that have possibility to transform cities. As we mentioned example transformation of public transport, from horse transport to a subway, its like a revolution of a kind. Problem we see with delivery of cold products is that there is not one solution that can be efficient enough. Always its easier to make something hot, but dificult to make it cold, without using chemicals or losing energy. What we decided is to make a new system, which can become even larger network. And by then it will reduce loss of energy to minimum. We see the system underground, as most cities have underground infrastructures (electricity, telecomunication, lighting, etc.), as we belive most cities have capacity for our infrastructure. Only visible part of the system would be small stations "urban stops" for pick up of products. Those stations can range in design, but thay would all have same underground elements, such as storage, tracking, automatic displacement of products, and isolated case overall for efficient hold fo cold. Hope youll get our understanding of our concept. Milan&Dragos

Thanks for the elaborate description, it certainly sounds much more appealing.

Evoluolution of this infrastructure can be upgraded for other delivery systems in future, such as hot food delivery, classic delivery, big products delivery stations and other specific deliveries.

In future, this system could be applied to our homes, so instead of going to store, delivery would came to your home directly.

And this systems could be even applied for heating or colding of our home instead of traditional air conditioners.

When the network is spreaded throughout the city you will get an option to attach your home to the system. It would be a small delivery box outside of your home or inside your home. It seams as a traditional way of getting a delivery at first look, but imagine that your fridge won't ever be empty, less than 10 mins and you will get everything you need.

With an app you can make orders in advance, make an calendar with your orders, so every day you can get products you need.

Additional info 3. Our system have large potential for scaling beyond just delivery. Cooling and heating process of cooling system can be used in a way that at the end of infrastructure system heat can be storaged and used for heat turbines and electricity generating. System could extract part of heat from buildings and reduce environmental heating. There are many possibilities to use this system in sustainable way for our environment. Milan&Dragos

Currently we are working on visuals and schemes to also add better visual drscription of our idea. So stay tuned for next update!

Hi Team, Good approach, Using the existing networks in new applications is a smart idea. But it seems that the focus of life in the future will be to deliver chiled goods to people who are not in their homes. The exploitation of all the infrastructure of the big cities for this may seem strange. But it is a worthy idea. Good luck :)

MKAAcollaborator
Hicham Bahr
over 2 years ago

Hi HichamBahr, Our idea is to get deliveries both at home, city areas and other places where such system of delivery would be needed the most. I'm not sure how you vision the future of delivery or where people will consume or need products, not sure why there is reason that delivery would be mostly needed outside of our homes. Our idea propose new infrastructure will be available both outside or inside our homes. Our cities and homes will change with technology, but way of use and functionality wbe ill mostly the same (faster or simlified with the evolution of technology). We are sure that our system can be applied in near-future and can be upgraded for future needs. Milan&Dragos

Hi Team. Even though this idea may seem far fetched on first glance, cities like Berlin and downtown New York (an probably few others) already have early 20th century pneumatic postal network embedded underground. It can be re-appropriated or it can serves proof of concept. If pipe delivery system was done once, it can be done again. Great stuff.

Hi Mangoslav, Thank you for a feedback on this idea. We also saw system of mail delivery from early 19th centure, and those systems look amazing! They look more futuristic and complex from today perspective! We also found one company that produce pneumatic tube system for delivery in building environments. https://www.telecomtubesystems.com/en/home.html

I don't know if Miele would take on to the big responsibility to repurpose the underground network, however I must applaud you for being able to think big, and think out of the box, and when everyone is looking up to the sky, you two looked down.

I personally would rather have a repurposed underground which I cannot see, yet I am using it all day, with a clear and quiet sky, than having a sky full of drones and the streets full of digital gadgets. However, that's just me imagining more peacefulness in our future overcrowded urban spaces.

Good luck and if you have any more updates to make, there are two days left. Diana

Hi Diana, Thanks for a feedback!! In first sight this sounds as a big and complicated system, but this infrastructure can be compact and fast to implement (some lines can be more complex for large objects). It can be integrated in pavement system or in street infrastructure. This infrastructure would be best to developed in partnership with city or other companies who could benfit from this system. Milan&Dragos

Thanks Diana. Although it might be a long shot,we believe that sth like this will be viable in the future. First and foremost as a prototype and later as a developed network. Thanks again for your feedback & support,we really appreciate it!

very cool work:) I like the fact that all is underground:)

MKAAcollaborator
joyleen
over 2 years ago

Simon Stolz
over 2 years ago

Love your futuristic thinking, to me very important! Iam not sure if for 2025 but anyway love the Idea!

MKAAcollaborator
Simon Stolz
over 2 years ago

Hi Simon, thanks 2025 and beyond:) By 2025 there could be smaller prototype. This is network, it have to start somewhere and than grow:) Milan

Hi team, future is the key! Like what you did, nice idea!

Good approach! It could have a good impact!

It might be a long shot, but we believe so! Thanks! 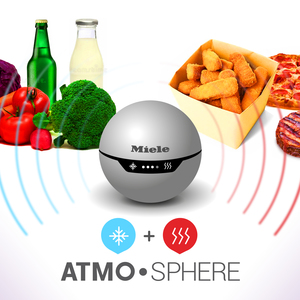 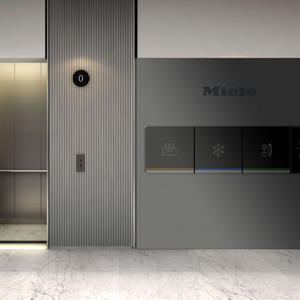 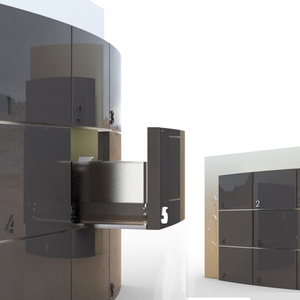 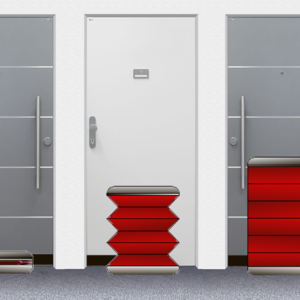