© All rights reserved to: NOAKA

This is really a very cool work, Nikolai!! Love the simplicity in the shape of the bottle ... and even the tiny handle. Well done! :))

a clean, strong design. have you thought about other colors, too?

thanks for your great start!

• Please keep in mind the brand itself should be universal for more aspects than just water – like an umbrella brand. If you add "Water" for the mineral water bottle design, like you did here, it´s ok. = ) • Could you think of another top that makes the design even more aesthetic and premium?

Love the design in terms of aesthetics - it really does impart a premium look. However, from a sustainability perspective, I think there might be some challenges. The cap might be complex to manufacture, requiring more material and energy. And is the mechanism for different flow rates able to be fashioned out of biopolymers? How easy is it to collapse this down when it goes for recycling? Just a few things to consider. Great work though. Would love it as a reusable design. Was that the intention?

thank you martin! i wanted to offer the client a greater selection of caps, from simple to complex. the client can choose what he likes. biopolymers, BPA free-plastic and also the recycling process is not a problem with this design!

I like it for the Russian market. It is at the least eye catching and instantly recognizable. Nice clean design on the bottle that references the waters source.

Why do You use symbol of Russian religion (Saint Basil's Cathedral in Moscow) for Ukrainian boxer water? It seems so different things to me :) Otherwise, work is brilliant!

thank you evgeni!!! i think for the ukraine, they do not need advertising ;-) but in the briefing they say: "Your branding Has to work on at international level (especially in the soviet region)! so, i made these extra hat-things for advertising in the soviet region. the header row above the image should be..."DR KLITSCHKO WATER, NOW ALSO UNDER SOVIET ROOFS!" but i could not trust the google translation into russian language ;-) 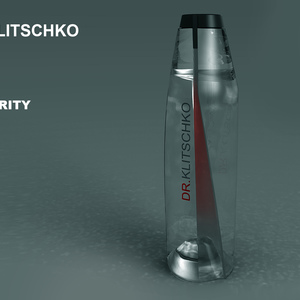 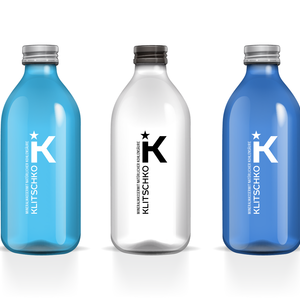 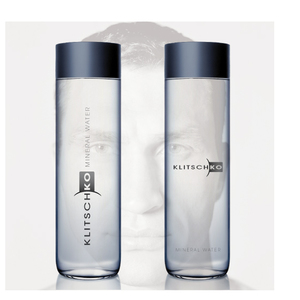 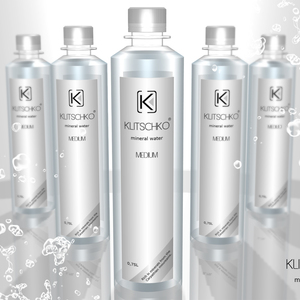