In other words; Keep It Simple Stupid.

I started the design by figuring out what programs could fit together best and how this could be done. Something which I really didn�t want was the idea of eating, or worse still cooking, in your bedroom, it just feels wrong in my opinion. After experimenting a bit I realised that there was actually plenty of room in the apartment to have the bedroom/living room kept separate from the kitchen/dining room.

I�m a pretty practical designer by nature so I wanted to reduce the need for too many gadgets/custom made elements throughout. Despite the fact that Graham wishes to entertain large groups of people I still wanted the main focus of the design to be comfortable and EASY living for a sole occupant. Many of the other designs I�ve seen in the competition, despite being very interesting and clever, still seem overly complicated and require too much effort for simple day-to-day living.

In my design the only thing Graham has to do to begin his working day is to fold his bed away to become the living room couch. If he�s feeling particularly lazy he doesn�t even have to do this. He can simply sit at the end of his bed to work at his desk (As I am currently doing in my cramped bedroom/study, I don�t advise this though, as it is definitely not good for your back). Keeping with the competitions requirement for affordable replicability just about all of the elements within the apartment are made of sustainable timber and could be constructed by just about any carpenter.

I am a firm believer that it is contrast that makes good design. Graham�s preference for clean lines and pure white elements gave me the idea of adding curved and exposed timber elements to break the monotony.

With the brief calling for things to be hidden away the idea of wrapping was also brought into the design. An exposed timber wall wraps over the white cupboards of the kitchen, hiding the grill�s exhaust flue. A timber bench wraps around the office window to house extra storage space and the central partition wall can be folded to wrap around the apartment�s south-east corner. Other than this the design is predominately based on functionality.

-Thickened walls housing and increased insulation on the east and west walls allow for the existing radiators to be reused and hidden away.
-The large opening in the apartment�s partitioning wall allows light to penetrate throughout the space and give it a more open feel.
-The 12-person dining table is designed to rest flat against the central partitioning wall when not needed, locking both elements in place.
-The bedside and coffee tables are designed to easily slide away into the main cupboard when not needed.
-Shoe, coat and bike storage is located next to the entranceway to minimise the amount of dirt brought into the apartment.
-All water infrastructure (taps, toilet, shower and planter box watering and drainage) are located around existing riser infrastructure.
-And ample and conveniently located storage throughout.

Apologies for the poor formatting. I had originally planned to present all of my views as animated gifs indicating the various layouts and features of the design. Unfortunatelry I realised, after making and uploading all of these, that the site doesn't support animated gifs. So I spliced up the frames and uploaded them as you see them now.  A lot clunkier than I'd like, hopefully you can click through them fast enough to make it like an animation. DIY animation if you will.

Thanks for looking and thanks to everyone for taking part, it was good fun.

© All rights reserved to: Patchk 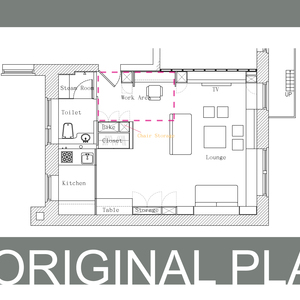 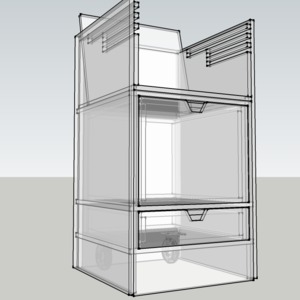 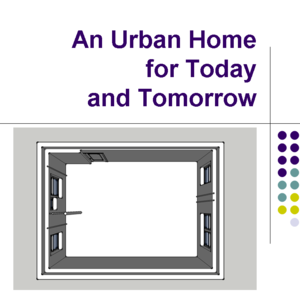 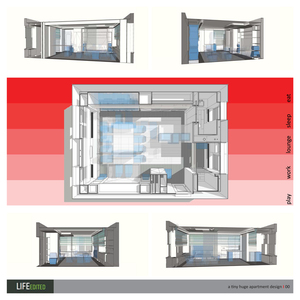