idea of this project is, as the name itself already says, to put the user/inhabitant

in the condition of making the �minimum effort� while living his own home.

The �minimum effort� in this case, regarding an apartment of this size, is to be understood as a reduction to the minimum of the proceedings of �transformation� of the same apartment. So, NO to furniture displacements from one side to the other of the house, NO to constant space twistings and yet, NO to the need to assemble, disassemble or moving entire cabinets according to the utilization we require at a precise moment.

It has been chosen, instead, a stationary/permanent layout encasing in itself all the required functions, emphasized to the open space, attending the apartment reduced dimensions but yet holding and allowing all the different uses.

Therefore, the present project pursuits an optimization of some elements and functions, which can be described and summarized in this basic way:

-          Additional insulation to building walls cladding with fiber gypsum board panels and fermacell;

-          Placement of  steady elements along the perimeter, in order to privilege the central space and, at the same time, increasing the acoustic insulation from and towards the exterior;

-          None furniture�s change of position but only some few actions upon some single elements;

-          Due to the only cabinet outside the perimeter walls, the rooms seems divided but, at the same time, included in the same container which permits to, in confront to the �pure� open space, sectorialize the flat spaces, dividing in this way work from hobby and leisure;

-          The dinner table offers the possibility of being used in different configurations, from 2 to 12 persons, disappearing as a final solution behind the mirror of the wall cabinet. In this same cabinet, we can also find 12 folding chairs. The kitchen level adjacent to open space can be easily rotated and used as an additional workspace or for a quick lunch for 1 or for 2 persons, without the need to open the other table;

-          In order to use the �master� bed, we just need to switch an electrical control and the lift bed drops from the ceiling upon all the objects bellow in the living room, without any need of displacements;

-          Behind the red leafs we find along the wall are hidden several containers for bikes, shoes, kitchen stuff as well panels to further divide spaces: red colour signs the movable elements of the wall;

-          The central cabinet  hosts the desk, the tools box and other storage space that can be reached  both from studio and from entertainment sides.

-          Regarding the sanitary fittings of the bathroom, it�s particularly important for us to highlight that it has been used the W+W Roca system that recycles the water coming from washbasin into the toilet flushing system;

© All rights reserved to: pinomanu 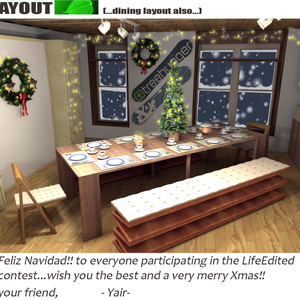 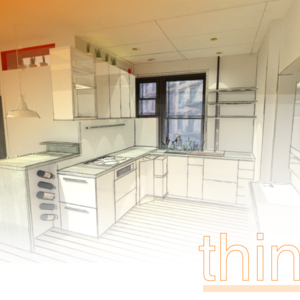 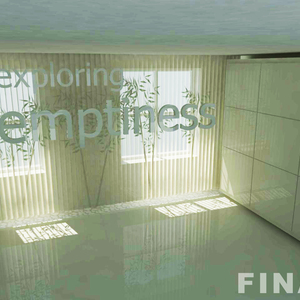