The design objective for Felt Up is to maximize the space of the apartment and allow the studio to transform into any desired domestic space of the moment - adaptable to all of the requested functions.

The project�s strategy is to pack the North and South edges with highly functional built-in storage while leaving the East and West ends of the apartment as open as possible for maximum daylighting.  The use of flexible, adaptable, and deployable furnishings and dividers let the inhabitant create the space(s) he wants.

To create a clean minimal appearance and hide the client�s belongings, the storage requires some sort of face. In lieu of cabinet doors, the design includes moveable felt panels hanging from ceiling to floor from flush mounted ceiling tracks. Using recycled felt provides a more sustainable, materially efficient, and cost effective front for the storage. They also act as an extra insulating layer, both thermally and acoustically. The felt panels also serve another function. By sliding on tracks into the middle of the space, they can be used as temporary spatial dividers when desired.

The plan of the apartment locates the bathroom and kitchen in the rear of apartment to take advantage of existing riser locations.  When not in use, both kitchen and bathroom are closed off to the main space with translucent glass panel sliders. This allows for the kitchen to be hidden and the bath to have some privacy while not blocking the light coming in from the rear windows.

The perimeter millwork is envisioned as custom shelving and cabinetry, made of OSB which has lower embodied energy than plywood or MDF, finished with low VOC paint. The storage cabinetry accommodates bicycles, a tool cabinet, and 12 folding chairs, as well as clothing, linens, and robotic cleaners. A fold-down queen size bed and bunk beds are also incorporated into the storage walls.

Along the Eastern window wall, two rolling couch units are docked under the windows on each side of the work desk.  Millwork at the windows behind the couches incorporates a radiator and motorizes shades above. For entertaining or lounging the couch units can be rolled into the center and positioned in front of the monitor.  The desk can also be repositioned and the top unfolded into a dining table that accommodates 12.

The kitchen accommodates an induction cooktop, compact dishwasher, and wall oven/microwave as well as a refrigerator/ freezer drawer unit.  The kitchen also includes a pull-out for waste and recycling bins and an undercounter compost container with a countertop hatch. To avoid the felt panels absorbing food odors, a ventilation hood is also included.

Besides felt and OSB, other materials used in the apartment include Paperstone countertops, Bamboo flooring, and locally quarried slate for the shower.

© All rights reserved to: annieny

If you're doing the felt scheme you need to mention Joseph Beuys in there somewhere, the master of the felt room.

I like it! It's cheap enough that anyone could probably do it (although, I dunno how much the felt would cost)...-joshua

i really like your plan. everything fits, and it's stylish with the design extensions. you have a very good sense of design. good luck!

+1 for the stitch chairs

Thanks for the comments so far. Unfortunately, was not thinking of Joseph Beuys. Too bad we're out of time- could be good inspiration to develop the concept further. Was thinking more of Shigeru Ban's curtain wall house, etc. combined with the sound absorption properties of felt. Cheap and low-tech was definitely the idea here! (Minus the stitch chairs.)

We thought Beuys as well. Been in some of his installations, felt very impressive and comfortable. Cool idea, especially since you did it unintentionally!

Nice presentation. The felt idea is an interesting one. I hope its not from beaver :) The people in the renederings - munhkins? No way is that a table for 12.

thanks again everyone for compliments.

@ codols- 12 would definitely fit. the table is 10'-3" long and 2'-10" wide, a bit narrow but it would work. I've worked on the design of many restaurants. You need about 2 lineal feet per person, so five fit on the sides and one on each end. Not to mention, this is New York where people are used to cramming into much smaller tables.

rana
over 9 years ago

I like that you chose to explore felt! Its a beautiful material to work with, alot of possibilities! great and clear presentation drawings!

very cool that your concept sprang from a material idea ;) and i admire all the closet space and kitchen storage you were able to provide. nice apartment overall!

My feelings about the felt was love/hate until I freed my mind from the gray. Now, I'm still on the fence because I just thought of spills :(

I still love the design, though. Felt or no!

Annie your presentation is beautiful and your concept is great! Everything works quite well I would like to see this idea going to the next level ...maybe felt changing its texture or shape according to functions . Congratulations and good luck!

Thanks Rroxi and elsap 11! We (my partner Paul and I) are not too concerned about spills. I don't know about you, but I don't often find my self spilling something on a vertical surface, plus the panel slides clear out of the way when one is working in the kitchen. But another point to note about using fabric with curtain tracks, is that the felt could be easily switched out if it gets stained or one wishes for a change of color or texture, and it can be taken down and washed. We chose gray because we wanted to go with a natural undyed felt, plus we just love gray. We were more concerned about the felt absorbing odors, that's why we made sure to include a ventilation hood in the kitchen. I totally agree with you elsap11 about wanting to develop this further- wish we had more time!

the plan is good, I just wonder if the felt panel can last 25 years!

The felt won't last 25 years- that's the whole point of using it. As admirable as it is to want to build something that will last over 2 decades, the probability of that happening, especially in New York City with its super active real estate market, is pretty small. Just think about how often kitchens and bathrooms are renovated- they usually work perfectly fine, but look outdated. That's why we chose a surface that is easily replaceable, comes from a sustainable source, and is recyclable. Because it is the dominant surface in the studio, the felt can be changed out with minimal repercussions, and it would totally change the look and feel of the apartment.

yes, but so is wood and carpet and most furniture/furnishings people use inside their homes.

Cool idea, but I think that it's not so mach luxury.

kreativa
over 9 years ago

sweet, but like "jancara" said it must be a little more luxury! That is main point of this contest - little apartment but de-lux :)

annienyowner
kreativa
over 9 years ago

i couldn't disagree more. the first sentence of the brief is: "What if we could save money, radically reduce our environmental impact, and have a freer, less complicated life?" the contest is about living smaller, both spatially and impact-wise. Graham said he wanted a few luxurious touches, like the steam shower that we have included. But the most luxurious thing about this apartment (besides owning property in New York and having a studio custom-designed) is the way the amount of open space has been maximized. In a city as dense as New York, that is the true luxury (plus the dishwasher!)

Best graphics I have seen yet! The minimalistic, lineweights, use of colors are great. I loved your plans, great use of lines and easy on the eyes in the greatest way.

Kia
over 9 years ago

I mean that you have a cool idea, but the presentation must be better. It's not so luxury!

Thanks, but I'm not sure what you mean by the presentation needing to be more luxurious. We deliberately chose to use a more graphic, drawn presentation style. We think it gets conceptual ideas across more clearly than trying to present something as a completely finished object as in a photoreal rendering. We want to win people over with our ideas, not how skilled we are with rendering software. Our presentation could always be better, but I think we presented our design, how the apartment works, pretty clearly.

Pardon me, but who wants to live in a grey apartment?

Bad pun, but, at least, it would be wuiet. 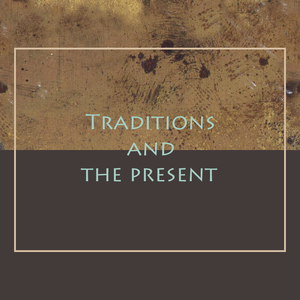 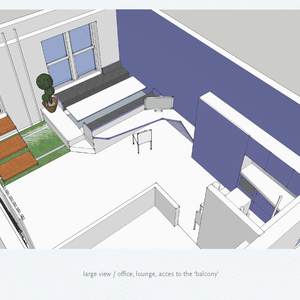 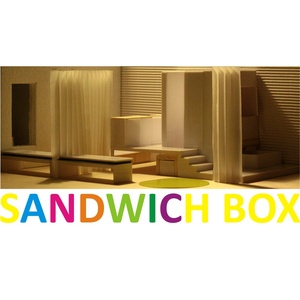 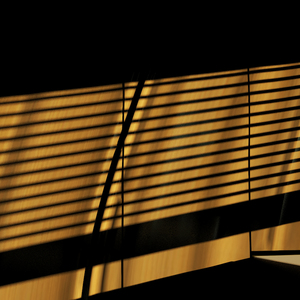