© All rights reserved to: EARTHARCHITECT

Favorites include the secret space and the creative clothing rack. Nice!

I think this layout is much better than your previous, and at the same time it keeps the original concept. The shape you used for the layout is timeless and very evocative...makes me think of many theatrical and performance spaces. Maybe you could add a stage, (a proscenium too, maybe) or a screen and seating so the whole thing becomes a (home) theater? Hidden speakers behind walls or inside the columns with operable grilles. etc. etc.

How interesting - the big TV over the fireplace takes care of the movies and the space is a little small for a stage - but a puppet show or shadow box on the piano with the handlers on the settee would be a lot of fun - thank you!

Excellent! I love the hand made sketch. The plan makes me think about "Breakfast at Tiffany", don't know why ;-)

Awesome! Not sure about the baby grand...I'm also a musician , but given the space constraints, would settle for a flip down keyboard that (almost) replicates the same effect.

maybe a flip-down keyboard with 88 weighted keys, but nothing less!

So many ideas. Some look like utopia (like the waterfall) but it´s a question of dimensions and concepts to avoid stagnant water. I like the greenhouses!

Water falling cleans itself through anaerobic action as it splashes (same as aeration systems in fish tanks) - it also cools through evaporation so it could be an essential part of air conditioning system - what would really be interesting is if we could get solar power to lift the water to a high storage tank so no energy is expended - then the waterfall becomes a necessity - or we could raise the water using the built-in exercise system under the coffee table. Thank you for your perceptive comments.

I love your unconventional shapes, however, I was wondering if you considered the contests guidelines of transformation of space. Your interior walls are fixed. Do you know Graham personally? How do you know he plays the piano? I love love love your green space ideas...such a cool bachelor pad!

I appreciate your praise - thank you!

"unconventional shapes" and transformation of space" are really two sides of the same coin - for what is a transformation if not unconventional? - Humans respond to great spaces - they give life order and are recognized as home - you cannot transform the space until you start with a space - the strong geometry transforms from basic library living room to office conference room to master bedroom to formal dining room to dance hall - one commentator even suggested setting up a stage which inspired a puppet theater over the piano - many designers in the contest are using the apartment shell as the starting space but I feel it is too banal and not worth emphasizing or preserving - architecture is a stage setting for life - an illusion of heaven on earth - it is so much easier to control when you start with decent geometry - take a look at my other entry OCTAGON to understand my progression as an evolution based upon reading other entries and owners comments and feedback - and also HALLWAY UPGRADE and BACKYARD MALL to see how the designs would integrate with the neighborhood and the city.

My only contact with Graham is in this contest - I had never heard of him or Treehuggers before - he my not play the piano but I'm sure one of the twelve people he invites to dinner every other night does and nothing says party better than gathering around the piano and singing drinking songs and barbershop harmony (well, in my generation)

"Cool bachelor pad" is exactly what we're trying for here.

Beautiful concept! All these hidden spaces and "surprises" are really a plus, in my opinion, not obvious at all. The "cocoon" space I think would be enhanced if there were sliding panels all around, maybe translucent. Nice drawings, too. Well done

thank you! the doors are normally left open so the light and spec intertwine - they swing closed to hide the kitchen as requested and the multiple faced ones expand out to form a bedroom around the master bed when guests are in the house - then tambour doors slide around to create private sleeping niches with windows for the guests -all designed so everyone can access the kitchen and bath and exit door without disturbing the others.

nononoo, its really amazing, someone should notice this person and interview him, he is a sort of Bill Tabler.....he's a trully american boy!!!

Are you kidding? Why did you present something like this?

The most creative drawings :) but it's not for this kind of contest.

Amazing idea, thumbs up for so much creativity! 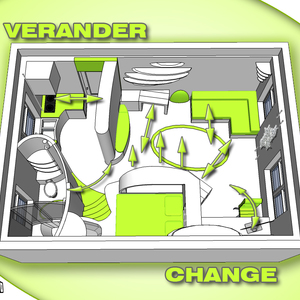 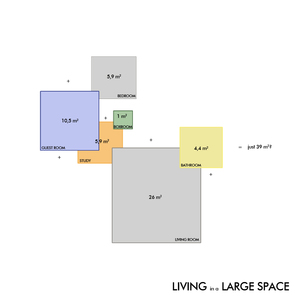 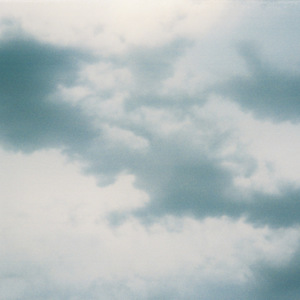 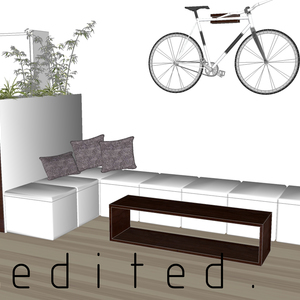