The main goal here is to not burden the consumer with a superficial artwork that they'll tire of before the expected lifespan of the product(typically 2 years).  So my objective was to create something abstract with depth, which requires multiple viewings and further contemplation to fully explore.  The  approach I take is to look beyond just the mouse, and instead create an allegorical sculpture incorporating: the mouse device, the mouse pad, and the video wallpaper.  The representation is intended to imitate and intimate the essence of nature, rather than its actual appearance.  This serves as a meditation about the ritual of sitting at the computer, and in a larger sense - the meaning of life.  Think of the mouse as a frog on a lily pad(mouse pad).  Beyond it is the video wallpaper which we can imagine as the surface of a lake.  Because the elements of my sculpture are dressed in a unified graphic pattern, the viewer will consider them as a group, and eventually understand its role as a microcosm.  We can imagine other frogs on distant shores, and their activities make ripples on the lake which symbolically may be what moves our live tiles.

A secondary goal was to create a graphic that fit well with the look and function of the Windows 8 User Interface.  My graphic design looks wonderful underneath the Metro UI, giving it a jazzy uptempo mid-century modern feel.  Furthermore, that style of art lends itself well to subtle animation.  In other words, the wallpaper need not be static.  It can morph along with the user chosen OS theme, both at random and triggered by events.  So for example, the hue can slowly sweep a select spectrum during the course of the day, all of which matches the active user theme.  Of course the mouse can not transform easily, so I made it a strong black&white that matches all situations.  But here too we can borrow some values from the Windows 8 philosophy of personal customization.  It would be possible to manufacture the product using digital inkjet printing so that every mouse created is slightly different.  The graphics could even theoretically be coded to each customer's birthdate or DNA.  My design follows some simple mathematical rules, and changing the initial parameters causes slight organic variations in the final graphic pattern.

It is my hope that Microsoft will take a bold leap and hereafter refer to their device as a FROG.  Doesn't the shape more resemble a FROG than a mouse?  As a futurist, I'm certain that mouse devices will soon evolve to accommodate 3D input.  Although the tabletop will still define a set groundplane, the FROG will explore beyond that surface- either jumping above, or swimming under.  Kiss the FROG and make it your own.

© All rights reserved to: thou_art 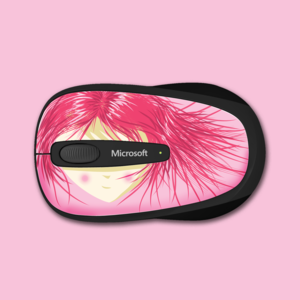 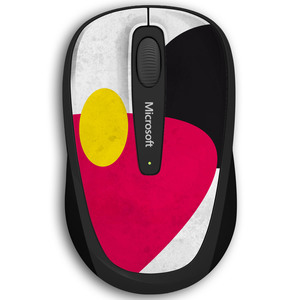 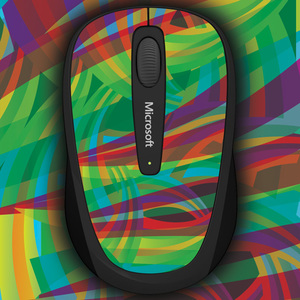 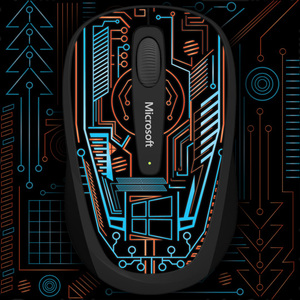