The Berserker were fierce viking warriors who had mystical powers and were considered sons of Odin. The viking sagas described them as an elite group of soldiers who wore the fur of wolf or bears, their totem animals. An elite warrior for an elite special edition vodka that reflect the spirit of the today man: strong, powerful who , just like a berserk, would not be stop by the adversity to accomplish his goal.

It's says the legends that king Harald Fairhair brought the sons of Odin himself to help him in his quest to unify Norway. These men went armourless in battle and they were mad as wolf and strong as bears. During the battle of Hafrsfjord thanks to which he became king of all Norway, they conquer victory with their wild brutal force and magic powers cause neither fire or iron hold upon them.

© All rights reserved to: Gianni Lorenzo

Valentina Vaganova
over 3 years ago

Good Luck in the Competition

Mariia Plaza
over 3 years ago

Really cool illustration! I only wish there was more contrast so you can see all the details you put into it. I think if you highlighted some shapes and edges here and there this could be really powerful. What do you think?

you are probably right! thank you so much for the feedback

Ulrich Westphal
over 3 years ago

Unfortunately the word is used in many very negativ ways .To go berserk pretty much means total freak out, like running amok. To run berserk is even worst. Killing in extasy like the berserkers did isn't something we should bring in connection with alcoholic drinks. Therefor better offer an option to change the story. It could be Magni the nordic god of strength.

thanks for the feedback! i'll consider it

Krešimir Grancaric
over 3 years ago

good illustration, has mystical feel. Not sure how it fits label and bottle. Also the secondary label looks like it is not same visual style, although is smaller seems more dominant.

gusmery paredes
over 3 years ago

A very powerful character you have there. I agree with tcurtisart that more contrast would help perceive it even better.

Are those spades on the bottom label?

Hi! Thank you so much for the feedback. I`m working on the contrast right now. The bottom label is a snowflake; do you think should be different?

A snowflake is a bit weak (and Christmas-like) at least how it looks now, in comparison with your character. The dove love works great though! ;)

than you! yeas i realised that so i made the dove instead

Pavao Burcar
over 3 years ago

Nice and strong design, would certainly grab attention from the shelf. Every design works well together and the whole piece is centered around your nice illustration. Well done :) 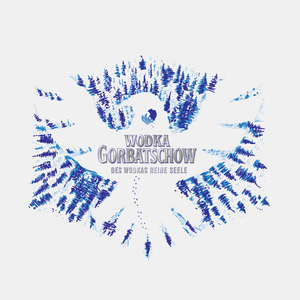 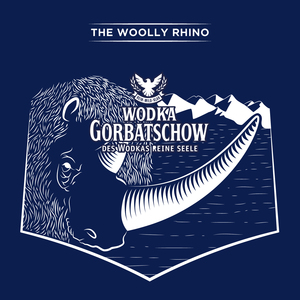 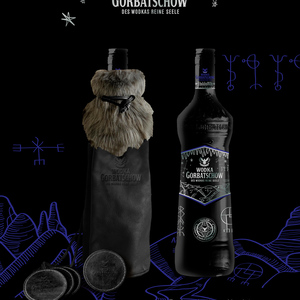 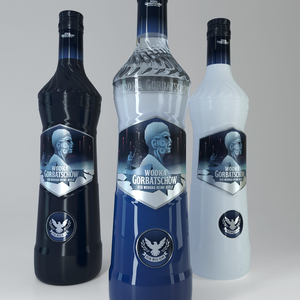