Read the BriefSee all IdeasCreatives
Power to the People
Viewing published ideas, sorted by popularity.
previousoverviewnext
People's Chair - Take a seat, speak your mind
The idea is to downscale the complex concept of democracy to a perceptible scale for most people.
1/2
12
1/2

The first three pillars listed above arguably — albeit optimistically — exist in most European countries. The same cannot be said about the fourth pillar. People’s right to engage with and participate in politics is often almost completely unexercised. There is, therefore, a missing pillar of democracy to be built or rebuilt. The main question to be addressed is who shall build this missing pillar of civic participation in politics. The people themselves, naturally. While this answer may at first glance appear facile, it is in fact complex: “the people” do not exist as a homogenous body, but instead can be split into two categories: (1) those who understand themselves as part of a civic whole, and (2) purely self-interested individuals. Those in the former category are obviously more suited to undertake the aforementioned rebuilding task and therefore form our desirable audience. Having identified a target, we must find a symbol that such people can understand, relate to, and rally around.

Democracy, in its complex and multiplicitous nature, can be understandably difficult to grasp for most people. So as to downscale the concept to a perceptible scale, we may look it as if it were a chair. Democracy may be seen as a chair resting on four legs, each corresponding to one of our four pillars of democracy. As one pillar is missing, we are looking at an obviously broken chair. A chair missing a leg is easily accessible as an illustration of the concept. Having found our symbol, let’s see how we can further use it to build up reach, raise awareness, and activate people to take a stance for the binding popular initiative.

mockups are freebies from: http://www.designlazy.com/imac-pro-mockup-psd/ and: https://sellfy.com/graphicshelter The font used is Roboto Mono websafe font from Google fonts

© All rights reserved to: Dan Ioan 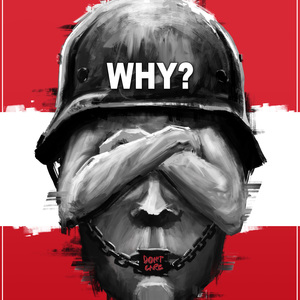 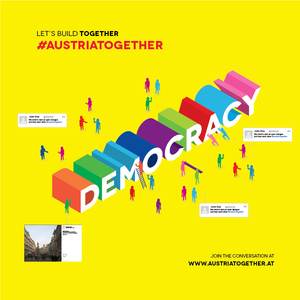 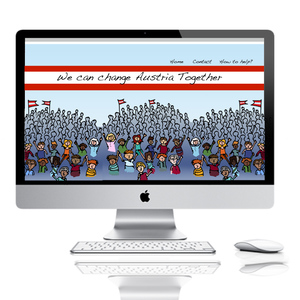 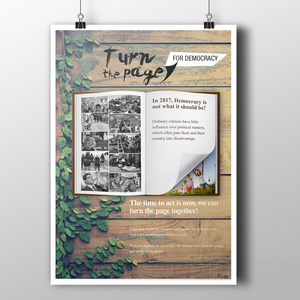