Read the BriefSee all IdeasCreatives
Power to the People
Viewing published ideas, sorted by popularity.
previousoverviewnext
I have voice
Making individual voices heard and as a result connecting and motivating people for the cause.
1/2
12
1/2

For the campaign and referendum to be successful it is of vital importance to connect people and encourage mutual trust. Furthermore the campaign needs to be empowering and motivating to help people believe in the power of their own voice again. It is important to not solely make this a campaign from an organisation but to include the crowd and promote direct democracy by living it throughout the campaign.

Making different faces and individual stories visible throughout the campaign not only strenthens the feeling of being heard and of having your own voice matter, but it also brings people closer together. It is always easier to sympathize with a personal story than with an anonymous crowd. People will feel better connected and learn that many of us have the same struggles or hopes. The bold and direct approach % visuality works empowering and gives the topic the urgency that it needs. By incorporating young and informal language and imigary (eg infographics) the political undertone will get a new positive connotation.

The three stripes as the key element make individual voices visible. The main claim can easily be translated to different languages and dialects (ihabvoice, ihanvoice, etc.) and can also show keywords the individual cares about. The goal is to not only spread awareness for the topic but to make individuals and supporters visible throughout the campaign. Like the fotofeed on the website (instagram selfies with the tag), retweeting people speaking out on twitter and engaging people in discussion. The rotated stripes form as emojis/mascots for infographics, etc. Different political topics can easily be visualized. Voting can be made fun again by eg letting people decide on the specifics of a prize (which color will the car have?) or donating the number of total votes a choice gets to an organisation that supports that cause.

The claim, communication concept and visualization can easily be adapted to different countries. 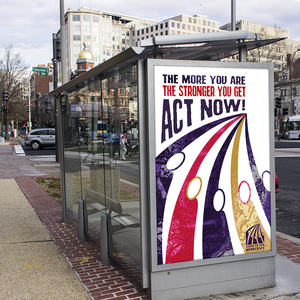 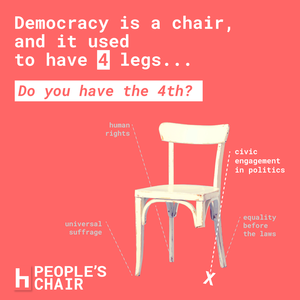 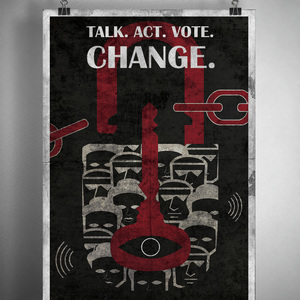 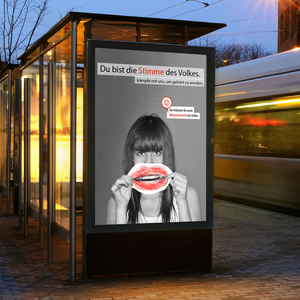